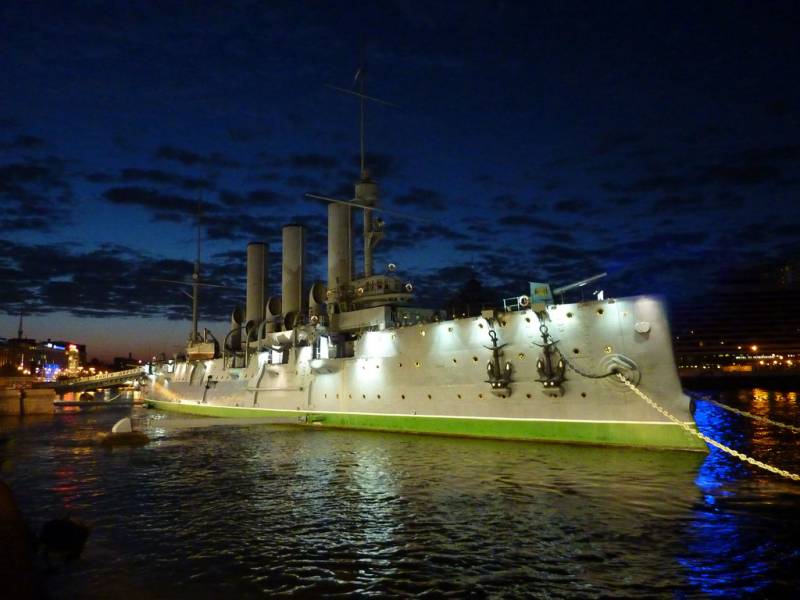 At night, in a combat situation, there is an enemy that is more dangerous than all the others: darkness.

Under the cover of darkness, the most sinister crimes were committed and impressive victories were won. Anyone who managed to correctly navigate the night darkness, could dictate their own rules and smash a helpless opponent. 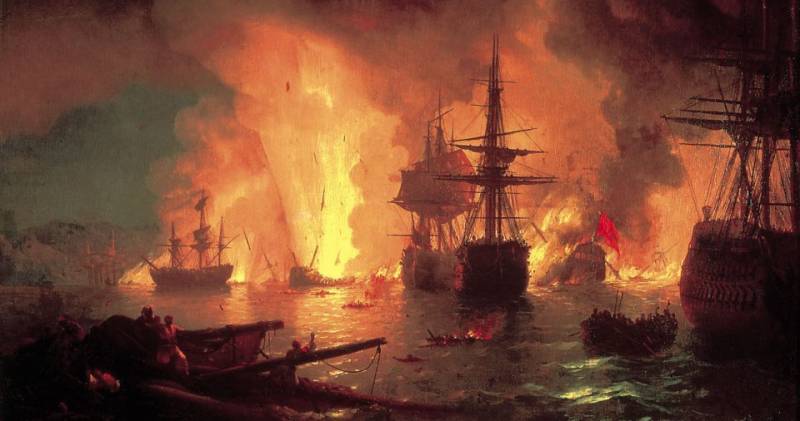 Night battle in the raid of the same name bay, ended with a 20 score to 1 for personnel losses and 15 to 1 for losses of main linear forces. 7 July 1770 was the day of military glory of the Russian Navy, with Ibrahim Pasha’s fleet defeating the fleet. At midnight, the Russian sailors shot the enemy’s line, focusing on the explosions and flames of burning Turkish ships, then burned the remaining sailboats with the help of firefighters (“lighters” ships that burned enemy line forces along with them; the crew of the firearm escaped the boats after the wake was set on fire). 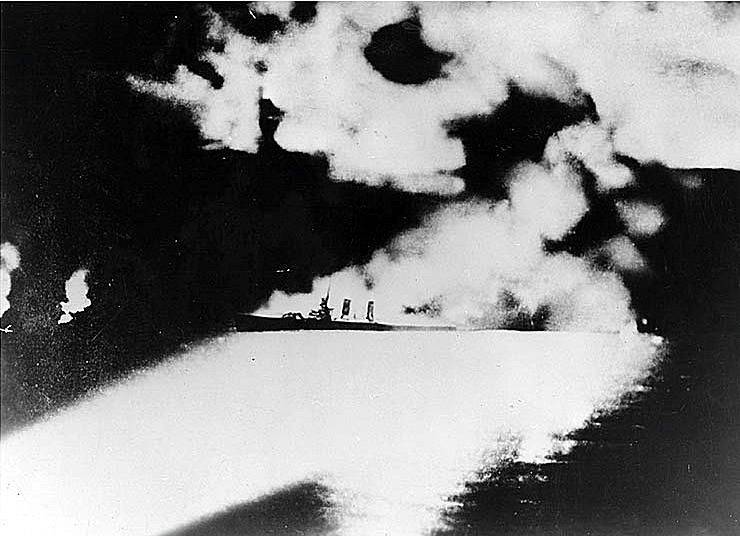 The sea is raging!
Far from Savo Island,
The Milky Way is spreading.

On the night of August 9 1942, the samurai went around the island counterclockwise, killing everyone in their path. So without having had time to really understand who shot from where, Astoria, Canberra, Vincennes, Quincy left the dark waters of the strait, the cruiser Chicago received serious injuries. The Allies' irretrievable losses amounted to 1077 people. against 58 killed by the Japanese. After destroying the entire compound, the samurai dissolved in the night mist. Mayhem about. Savo entered history as the “second Pearl Harbor” - so great was the burden of loss and disappointment with the actions of US Navy. 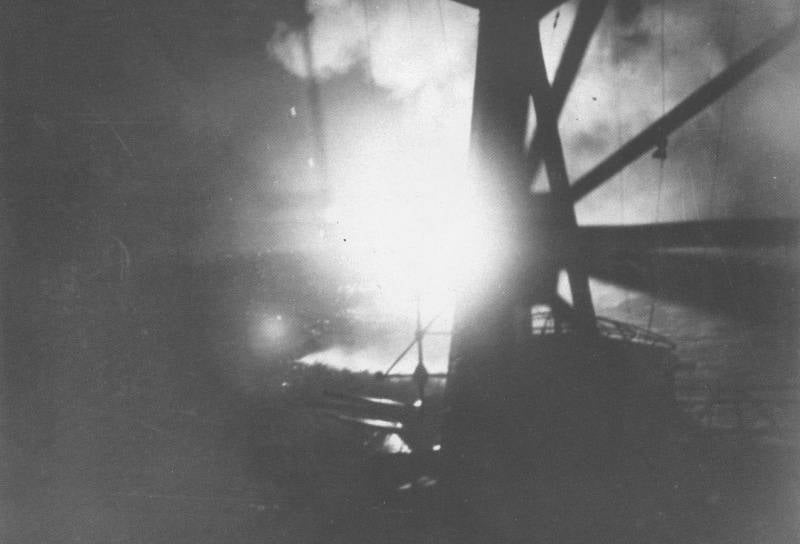 In the first photo - the unfortunate “Quincy”, brightly lit by spotlights of Japanese cruisers. He left to live no more than 30 minutes. On the left, there is another burning ship, presumably the Vincennes TKR.

On the second - the flagship of Vice-Admiral Mikawa heavy cruiser “Chokai”. Following the searchlight beam, a barrage of fire will fly soon. During the short battle, the ship managed to release over three hundred 203 mm shells and eight 650 mm torpedoes (“long lance”).

Before the mass appearance of the radar, the Japanese were recognized masters of the night battle. 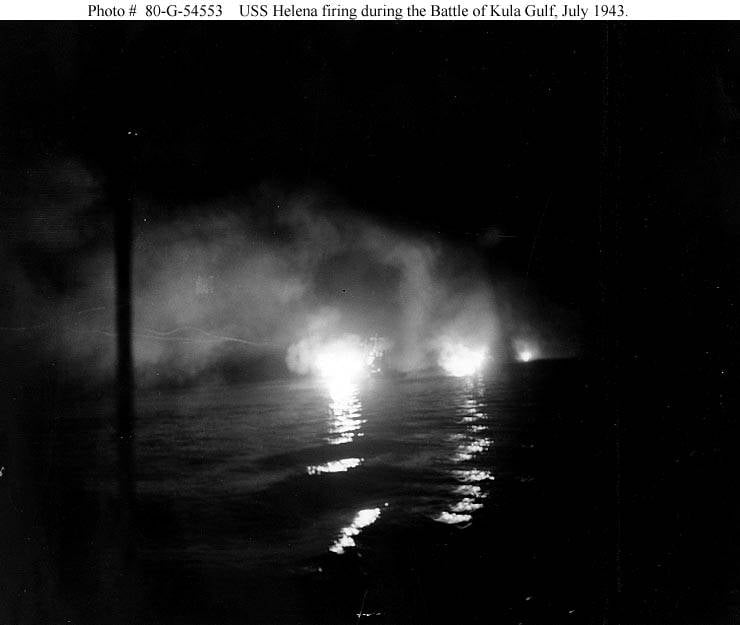 “Six-inch machine gun”: the cruiser “Helena” is firing at the Japanese in the Gulf of Kula. Ships of this type could do up to 100 shots. per minute the main (152 mm) caliber, approaching the technical rate of fire to the Kalashnikov machine gun.

But “Helene” did not help this - this fight was his last.

Since the end of the last world war in 1945, the forty largest economies in the world have not openly fought each other. Therefore, despite the high-quality growth of photographic equipment, images of any night battles are missing. To match the number of losses - a few units on the background of the grand tragedies of World War II.

Night shots and explosions of the recent past - for the most part, the result of tests or accidents. 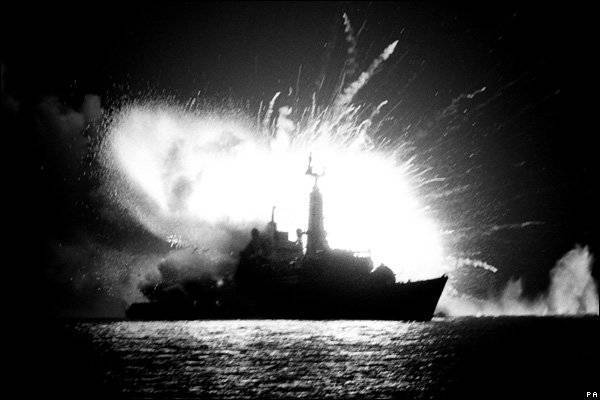 The explosion of the cellars of the frigate “Anti-Loop” ammunition in an attempt to unsuccessfully mine unexploded bombs. Two dead. Falkland War, 1982 year 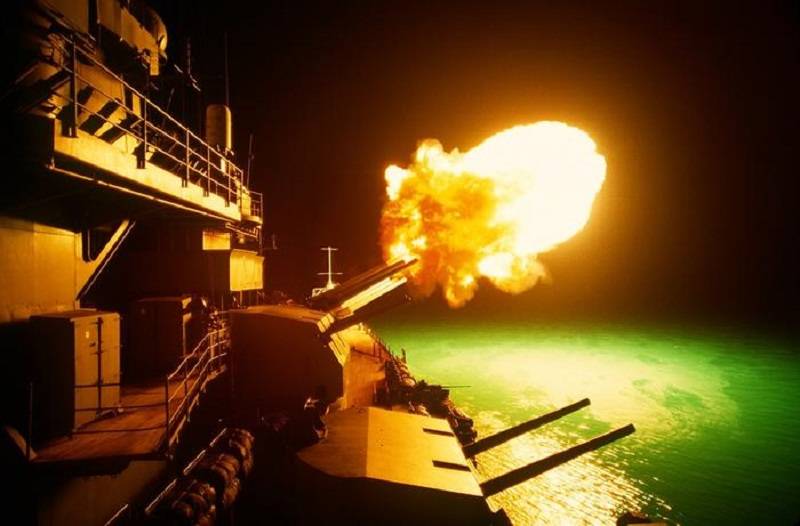 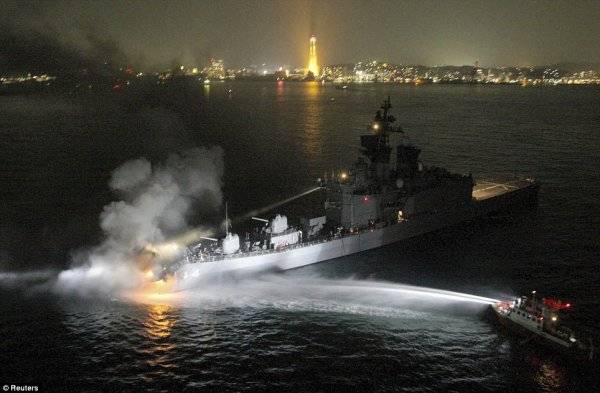 Night battle of the Japanese destroyer “Kurama” with a South Korean tanker under the Kanmon Bridge, 2009 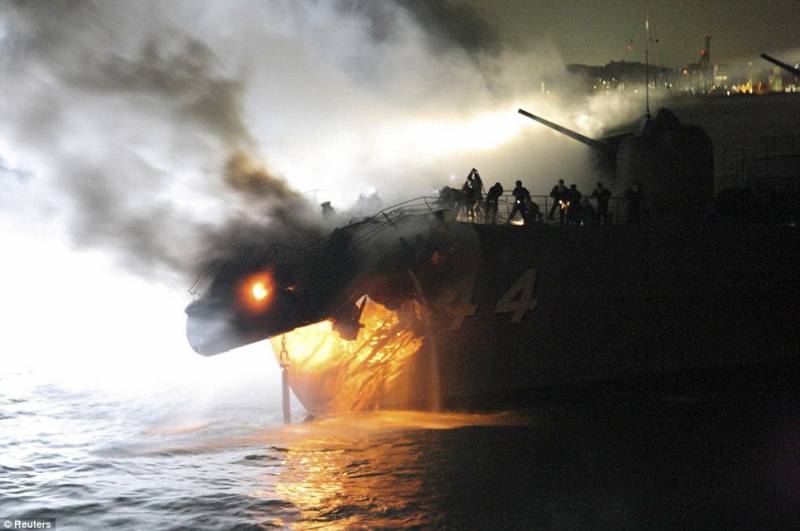 The result of the bout is many hours of fire and three injured sailors. 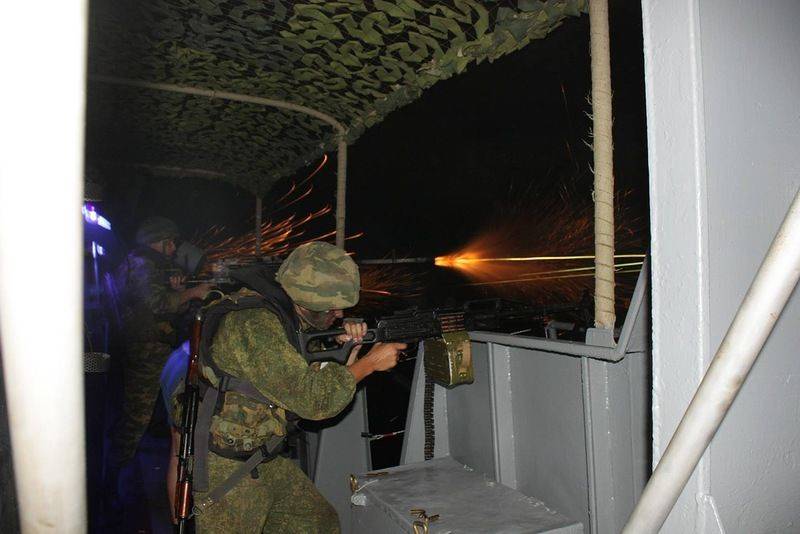 Fire training of personnel on board the BBC Marshal Shaposhnikov, the night before the storming of the tanker Moscow University, captured by pirates. Gulf of Aden, 2010 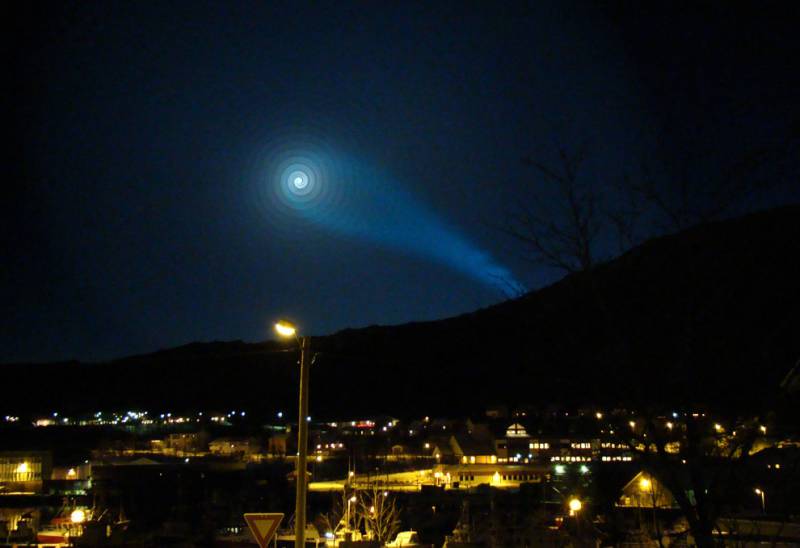 Unsuccessful launch of the Bulava SLBM, shot above one of the coastal regions of Norway 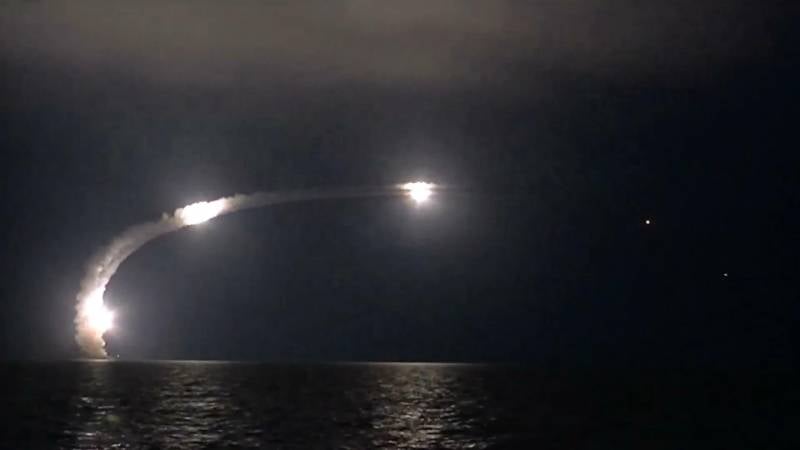 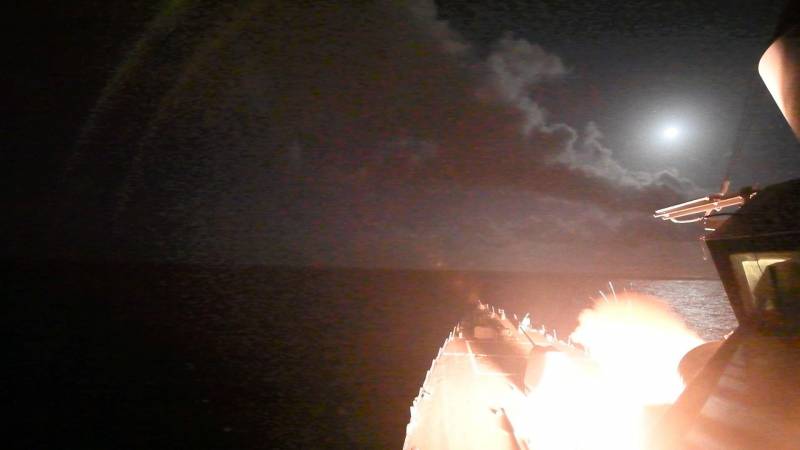 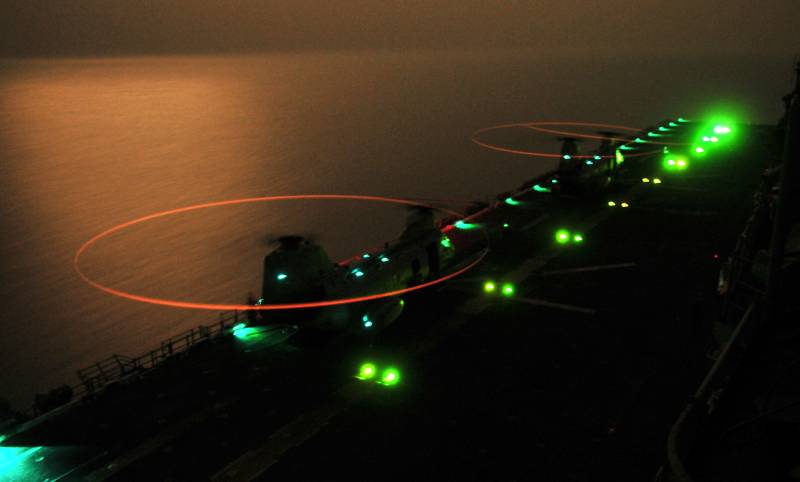 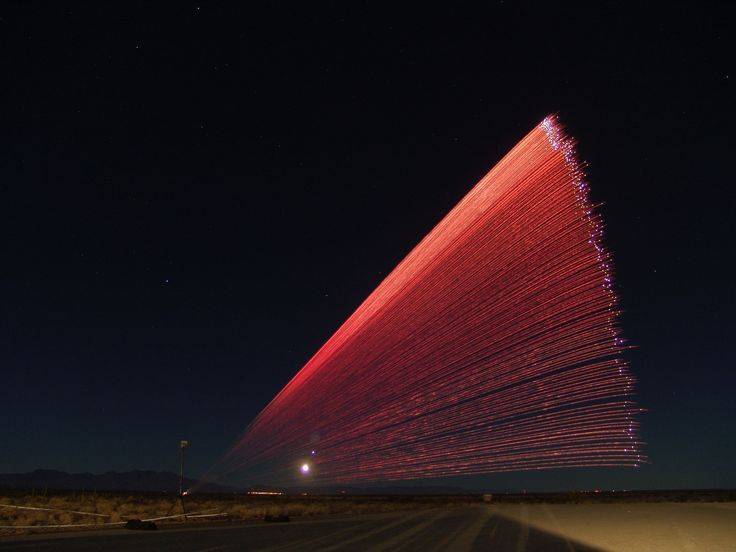 The turn of the automatic anti-aircraft gun “Phalanx”. The self-defense shipboard complex was adopted by the American army, suffering from regular mortar attacks in Iraq and Afghanistan. Land modification of the marine complex, which received the designation C-RAM “Centurion” 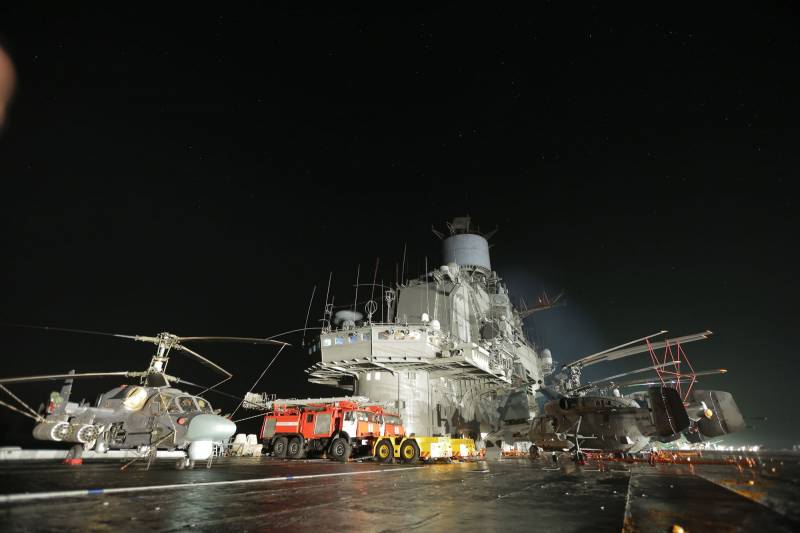 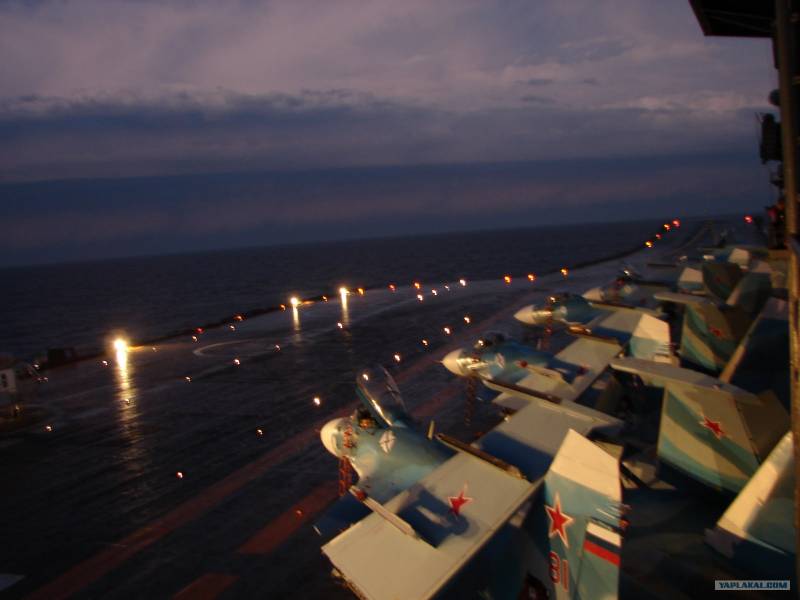 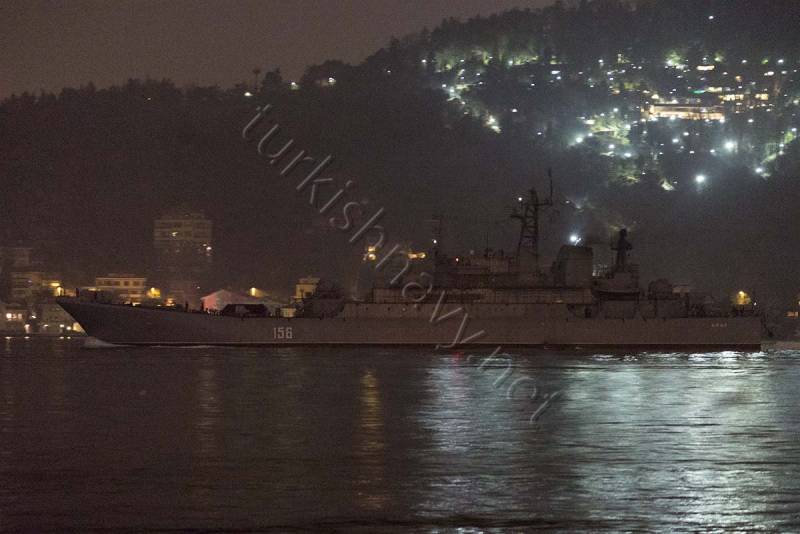 Night "Syrian express" should be in Tartus. The moment of passage by a large landing ship (BDK) "Yamal" Bosphorus 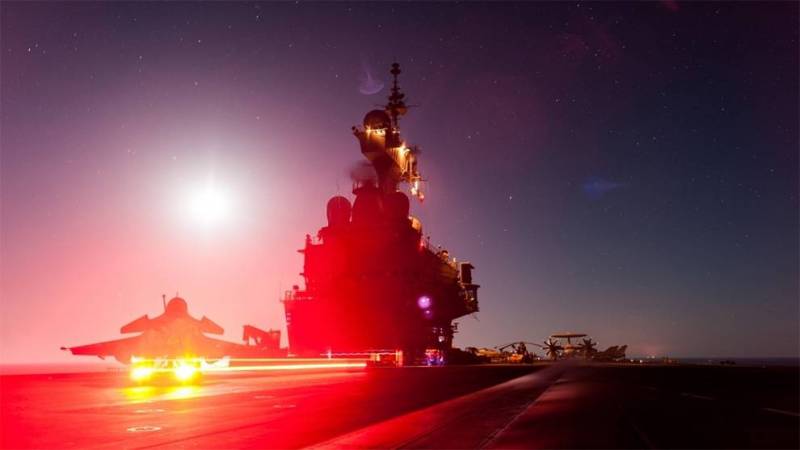 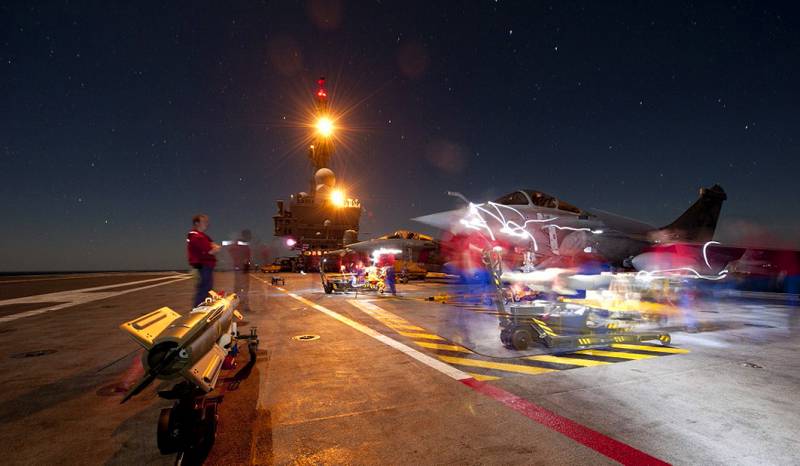 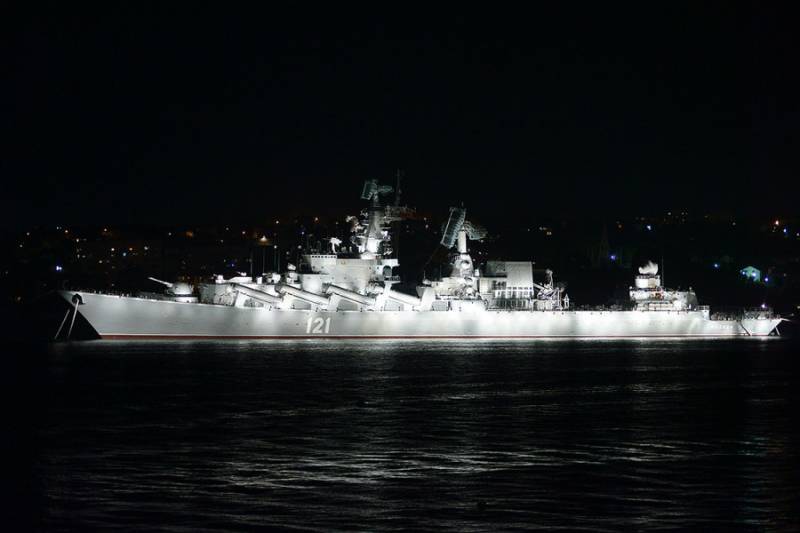 The nightly “grin of socialism” (nickname 1164 Ave. in the fleets of NATO countries) is the flagship of the Black Sea fleet GRKR “Moscow”. Night illumination only additionally underlines the monumentality of the cruiser and the power of its weapons

Ctrl Enter
Noticed oshЫbku Highlight text and press. Ctrl + Enter
We are
How the Russian squadron destroyed the Turkish-Egyptian fleet under NavarinChesme battle. Ottoman fleet burned to the ground
11 comments
Information
Dear reader, to leave comments on the publication, you must to register.