APU tanks and artillery to the line of contact

November 19 2017
125
Intelligence of the Donetsk People’s Republic discovered 23 units of large-caliber artillery systems and tanks Ukrainian security officials near the contact line in the Donbass, reports RIA News the message of the Deputy Commander of the operational command of the DPR, Eduard Basurin. 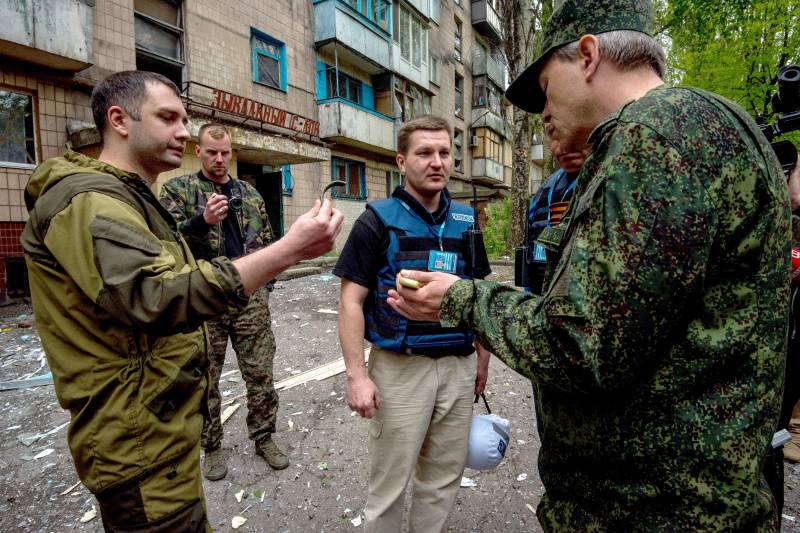 Our intelligence continues to record the concentration of the enemy’s prohibited weapons along the line of contact of the troops. So, in the districts: Kamenka - the positions of three 2C9 "Nona-S" were revealed ... the positions of two tanks were revealed in the Avdeyevsky Forest ... Memrik - the arrival of five tanks was noted for their subsequent advancement to the line of contact of troops
said Basurin.

In addition, in Kurakhovka, located in 13-km from the contact line, "the arrival of three 152-mm towed Hyacinth-B guns and five 122-mm ACS Gvozdika is marked," the command representative added.

He also said that over the past day as a result of the fighting killed one soldier of the army of the Donetsk Republic.

During the defense of the republic, one DPR serviceman died,
said Basurin.

Ctrl Enter
Noticed oshЫbku Highlight text and press. Ctrl + Enter
We are
Weekly summary (30 January-5 February) on the military and social situation in the DPR from the military officer "Mag"Voenkor "Magician" about the situation in the DPR
Military Reviewin Yandex News
Military Reviewin Google News
125 comments
Information
Dear reader, to leave comments on the publication, you must to register.