"Russian invasion" or a UFO? Opinion of american users

November 19 2017
79
The incident with an unidentified flying object occurred in the sky over Oregon (USA) on October 25, but it became known about it only a few days ago, writes RIA News with reference to Daily Mail, The Sun, The Drive and other publications. 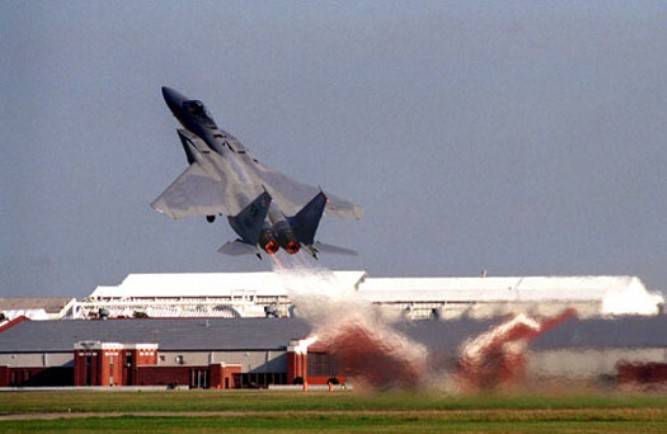 On that day, pilots of civilian flights reported an unidentified white object flying at almost 700 kilometers per hour at an altitude of 10 kilometers, approaching planes at 20 kilometers. Alerted American F-15 was unable to intercept the object.

A number of users tried to explain what happened.

“There is nothing to discuss. Ordinary geological aircraft as usual without a transponder. They simply forgot to warn Air Traffic Control, ”said CT1 user.

Many believe that there was not without Russia or China.

“I suspect that it was a Russian or Chinese stealth aircraft. They are trying to hide the incident from the public in order to save the defense departments from the shameful fact that a foreign military aircraft penetrated the country and left without consequences, ”writes Ron.

The fact that neither civilian nor military services could determine the object suggests that it was a Russian experimental stealth drone, Willis said.

But some have ridiculed this theory.

“This is a Russian invasion. So think the Americans with the brainwashed, "- writes Brainwashington.

Attention was also drawn to the fact that American aircraft were unable to catch up with the flying object.

“How did they let this device go?” Was he moving too fast or was the F-15 so slow? It is strange that the Ministry of Internal Security was not interested in this, ”notes Uranium1.

Assumptions were also made regarding UFOs.

“If I mention UFOs now, I’ll look like crazy. But note that this object made a sharp turn to the north, moving at high speed, with which civilian planes do not fly. We are trying to pass some kind of sign. But do not expect the government to talk about it, ”writes ThomasT.

“The US has experienced an alien provocation,” says Mab Gom.

Earlier, representatives of the US Air Force and the Federal Civil Administration aviation confirmed the appearance of an unidentified aircraft in the sky.