Bondarev: the US is trying to knock everything off

November 18 2017
41
The US is trying to promote its politicized decision on chimatacs in Syria, trying to blame the government of Bashar al-Assad in the first place; Russia's accusation of neglecting the lives of the victims of himatak is an attempt to shift everything from a sore point to a healthy one, said Viktor Bondarev, chairman of the Council of the Federation Council Committee on Defense and Security.


The senator noted that for a long time Russia had tried to get the UN to respond to the revealed facts of the use of chemical weapons in Syria. 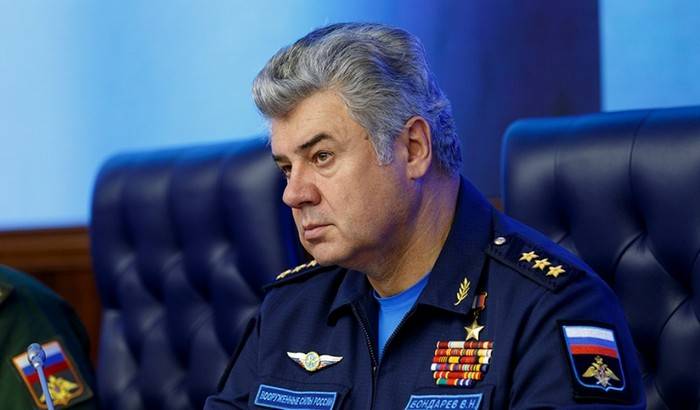 Back in April, we proposed to send inspectors to Khan-Sheikhun and to the air base in Shairat for conducting thorough checks. UN Security Council members led by the Americans remained indifferent to our statements, ignoring the existence of a threat. Who then really showed indifference to the Himatak victims?
- said the parliamentarian.

Bondarev noted that when the territory of Syria in a large area was already cleared, when it became possible to make public the entire militants' warehouses found, where stocks of toxic substances are concentrated, when it became possible to conduct full-fledged examinations, take the soil for tests and so on, it was useless to deny the fact of using chemical weapons . And only then a month ago the States recognized that the terrorists used toxic substances.

Now the United States unites everyone into one group of "criminals": both terrorists and Bashar al-Assad with his army and supporters. Once again, in their international activities, the Americans, having enlisted the support of "singing along", prepared a draft not of an expert, but of a politicized document. We remember the situation in Iraq, when Saddam Hussein was indiscriminately, without proof, accused by the States and their satellites of possessing and using chemical weapons to legitimize the American invasion of the country
- said Bondarev

Today, the States want to accuse the government’s army and, most importantly, Bashar al-Assad, of chemical weapons crimes in Syria. This is quite understandable, because their main task is to discredit, delegitimize him as a politician and the head of Syria, since it was not possible to shift him by military force. And all American “investigative” activities in this direction are fabricated on the basis of the task of obtaining this particular result. Therefore, I don’t think that one should have expected some kind of consensus, and even a compromise with the United States. Having vetoed the “American” resolution, Russia did not oppose the extension of the mandate of the UN IDA and the OPCW as such, not against investigations, but against the adoption of an unfair decision.
- leads the press service of Bondarev his words