November 18 2017
93
Six Tu-22М3 bombers of the Russian Aerospace Forces struck on Saturday against targets of the Islamic State * (IG) terrorist group in the Syrian city of Al-Bukemal, the Russian Defense Ministry reports. 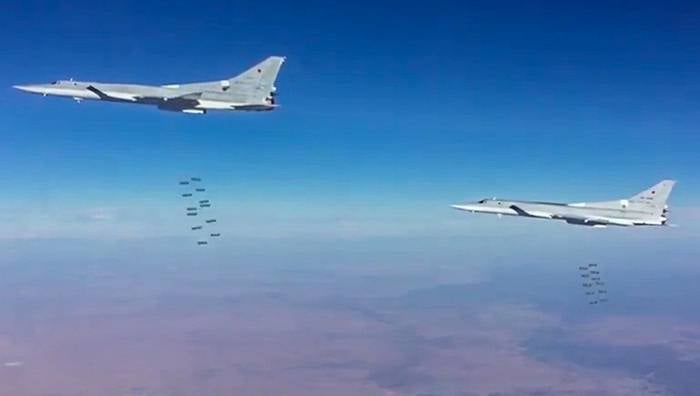 The ministry clarified that the bombers destroyed the manpower, equipment and weapons of militants.

Destruction is confirmed by means of objective control. After completing the mission, the aircraft returned to their home airfields.

On the eve it was reported that the Tu-22М3 rocket-carrier bombers also hit the targets of the Islamic State in the Abu-Kamal area.

“Islamic state” * (IG *) is a terrorist organization banned in Russia

Ctrl Enter
Noticed oshЫbku Highlight text and press. Ctrl + Enter
We are
The first war Tu-95 and Tu-160
93 comments
Information
Dear reader, to leave comments on the publication, you must to register.