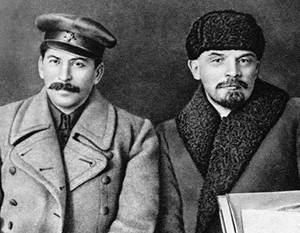 Exactly 100 years ago, the Declaration of the Rights of the Peoples of Russia was published, signed by Lenin and Stalin. The main claim to this document is that it became a foundation for disintegration historical Russia, because it indulged the separatists and relied on a revolutionary utopia. But is it really so?


The Declaration of the Rights of the Peoples of Russia is one of those documents of the Council of People’s Commissars signed by Lenin and Stalin (at that time the People's Commissar for the Affairs of Nationalities of the RSFSR), which are now almost forgotten. And in vain. He illustrates well how the victorious revolutionaries thought and acted in the first days, weeks and months of their time in power.

In Soviet times, there was not a broad, comprehensive analysis of the first leading practices of the Bolsheviks - their evolution from revolutionaries to statesmen remained behind the scenes. The discussion was dominated by the idea of ​​the actual infallibility of the party of the proletariat, equipped with the most advanced teachings of Marx and Engels. In the post-Soviet period, ideological restrictions were lifted, but the situation in the country was such that such “trifles” simply did not reach out.

At the same time, the Bolsheviks, who possess serious experience in party, organizational, and underground work, had no experience in public administration. The said declaration, its form and, more importantly, its content is a vivid example.

General emancipation and its consequences

The very construction of the declaration is very characteristic. The document is more like a sketch of speech for a rally, that is, a form that is much more familiar to revolutionaries than a government decree. “The October revolution of the workers and peasants began under the common banner of emancipation,” it said. - The peasants are liberated from the power of the landowners, for there is no longer landlord ownership of land ... Soldiers and sailors are liberated from the power of autocratic generals, for the generals will henceforth be elected and replaced. The workers are liberated from the whims and arbitrariness of the capitalists, since henceforth the workers will be set up to control the factories and mills. ”

“Everything living and viable is liberated from the hated shackles,” proclaimed the declaration.

It hardly makes sense to dwell on the obviously utopian idea of ​​the emancipation of soldiers and sailors, who will choose and replace the generals themselves. Already at the beginning of 1918, Sovnarkom began the formation of the Workers 'and Peasants' Red Army, where elements of Soviet control quickly gave way to more traditional methods.

No less utopian was the concept of workers' control in enterprises. This is not a Bolshevik idea, but rather an anarcho-syndicalist idea, but during the revolution it sounded loudly - “Land to the peasants, factories for the workers, peace to the peoples!”. Moreover, in the future it was confirmed, including in the Declaration of the Rights of the Peoples of Russia, although it did not fit well with the realities of the life of the young Country of the Soviets.

Lenin had to immediately correct the situation, and workers' control took on too blatant forms in practice. The liberated proletarians expelled the former owners and managers, and then, not having managerial, accounting and engineering experience, brought the enterprises to a close. In a number of cases, workers sold off stocks of raw materials and equipment, distributing the funds they received among themselves — this is how they understood revolutionary justice.

In fairness, we note that in many cases, workers' control bodies found a common language with the owners and managers, limited to certain agreements on labor protection. Often, the owners themselves abandoned their enterprises, leaving the workers' organizations no choice.

The Bolsheviks tried to rally the 27 of November 1917 of the year, by issuing the “Provisions on the working control”, to drive the situation of work control into a reasonable framework. But not too succeeded.

Already 15 December 1917, the Council of People's Commissars issued a Decree on the establishment of the Supreme Council of National Economy (VSNH), according to which the VSNH itself took control of both the workers' control bodies and enterprises left without management. Moreover, he received the right to “confiscation, requisition, sequestration, forced syndication of various industries”, almost literally repeating in his credentials the imperial Special Meetings. At the same time, the Supreme Council of National Economy leaned on structures that had appeared even before the revolution: in the metallurgical industry, on the Rasmeco metal distribution committee, on the textile fabrics and on the central fabrics, and so on.

In order to realize all the destructiveness of the revolutionary freemen and to start building a power vertical, the Bolsheviks took two months.

In publicly available sources, one can find allegations that it was from this document that the disintegration of the Russian state began. Thus, Wikipedia reports: “The consequences of this declaration became immediately visible: independent states began to be created throughout the entire Russian Empire. Finland, the Baltic provinces, Ukraine, the Caucasus, and the Cossack regions declared their independence. Soon the Bolsheviks, having lost control over vast territories, were forced to return to a pragmatic policy of re-creating a unitary state. ”

In fact, 27 March, 1917, the Petrograd Soviet issued an appeal to the Polish People, in which he not only recognized the independence of Poland, but also explicitly stated: “Democracy of Russia stands on the basis of recognition of the national-political self-determination of peoples. And the Provisional Government confirmed this statement.

In Ukraine, the Central Council declared itself as the highest legislative body in April 1917, and in June formed the general secretary, its executive body.

Finland declared its independence on 18 on July 1917, when the Sejm passed the “Law on the State”, endowing itself with sovereign power.

More difficult with the Baltics. Vilna province, part of the territory of which is now part of Belarus, and part of it is part of Lithuania, was occupied by Germany in the 1917 year.

In Estonia in the fall of 1917, the RSDLP (B) was the largest party with more than 10 thousand members. Elections to the Constituent Assembly in Estonia gave the Bolsheviks 40,4% votes against 22,5% who supported the national parties.

In the Livonia province, which was under partial German occupation, the elections to the Constituent Assembly in unoccupied territories gave the Bolsheviks 72% votes against 22,9% from bourgeois and nationalist parties. Only the German 18 offensive of February 1918 of the year, which led to the full occupation of the provinces of Courland and Livonia, made it possible to establish anti-Bolshevik "national" governments there.

Such a kind of "self-determination" of the Baltic states had nothing to do with the Declaration of the Rights of the Peoples of Russia.

The centrifugal tendencies in Russia were provoked not by the Bolsheviks - they received this problem from their predecessors, moreover, in an uptrend. However, they were in a hurry to confirm their commitment to the principle of self-determination of peoples, up to the creation of independent states on Russian lands. Did this accelerate the collapse of the country? Yes and no.

Cossack areas really began to separate after the October Revolution. In Finland, at the same time, there was a civil war between the Finnish communists and the national-bourgeois forces (the latter managed to win, only calling for help the German troops).

Ukraine formally declared independence after October, but the Soviets took over 14 in November. Only six days later, their place was taken by the Central Council, announcing the creation of the UNR - the Ukrainian People’s Republic. The Congress of Soviets held in Kharkov proclaimed the UPR the Republic of Soviets (the Ukrainian People’s Republic of the Soviets) and declared that the authorities of the Central Council were not recognized. In February, the 1918 th Soviets again occupied Kiev, and the 1 of March, the Rada returned to the capital already with German troops.

That is, we have another peculiar case of “self-determination”.

But was there at that time in Russia a political alternative to the Bolshevik principle of self-determination of peoples?

This principle Russian revolutionaries proclaimed since the Decembrists. Herzen and Bakunin paid attention to him. He was included in the programmatic provisions of the Bolshevik, Menshevik, Socialist-Revolutionary parties and even (albeit in a veiled form) into the program of the party of constitutional democrats, the "Cadets." The latter formally talked only about autonomies, but those with which local authorities would have legislative and executive functions and could create their own power structures, which is equivalent to full-fledged statehood.

The principle of self-determination of peoples was professed by all political forces that were active at that time, except for the nascent White movement, which fought for “united and indivisible Russia”, but had neither a solid ideology nor a coherent program.

Moreover, for the Bolsheviks, the national factor was never decisive. As Marxists, they thought in terms of class opposition. And the fundamental factors of national conflicts were economic factors and national competition, interpreting them as relations between exploiters and exploited. The elimination of such relations eliminated the basis for national contradictions: there was nothing for the working people of different countries and different nations to share with each other, they had common interests and a common adversary — imperialistic forces seeking to bring the situation back to normal.

Accordingly, the principal question for the Bolsheviks was the question not of national self-determination, but of the socio-economic system that would arise in a particular territory. The Soviet republics, in their vision, were doomed to an alliance, both because of their common interests and because of the existence of a common enemy. Within such a union, there can be no distrust inherent in bourgeois states.

This document has already laid the scheme for rebuilding the state. Faced with centrifugal tendencies, the Bolsheviks approached them to overcome not head-on, like the White movement, but asymmetrically. Especially since in the processes of the collapse of Russia in 1917 – 1918 there was much more power struggle and considerations of profit than sincere national feelings.

Still, it is rather strange (not to say - paradoxically) to build an independent national state on the bayonets of the German army.

Ctrl Enter
Noticed oshЫbku Highlight text and press. Ctrl + Enter
We are
Diplomats of the People's Commissariat of Defense: on the eve and during the warMyths of the Great Patriotic. Did Stalin have prostration in the first days of the war?
Military Reviewin Yandex News
Military Reviewin Google News
151 comment
Information
Dear reader, to leave comments on the publication, you must sign in.