Elena Larina: People will pay off money taken away from oligarchs 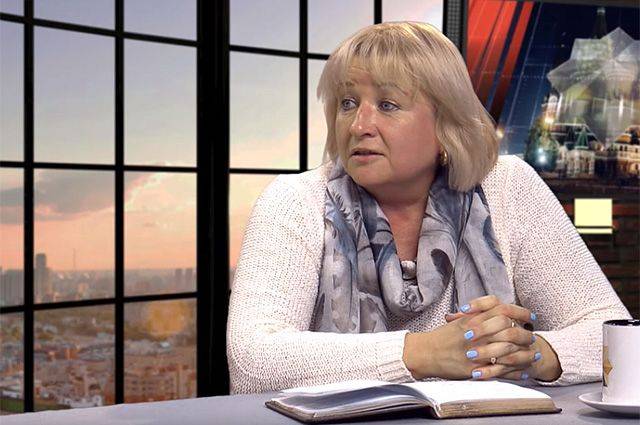 Alexey Chebotaryov, AiF: Elena Sergeyevna, if in a nutshell, what is your book about?

Elena Larina: The fact that the real tragedy of Russia is the country's lack of a national elite. Actually, this is not only a Russian problem. But, fortunately for many countries, there are progress-oriented groups in their elites who have been able to launch a new production revolution. Russia, over the course of 25 years, stagnates at best, and from the point of view of its scientific, technical and production-technological potential, it is rapidly deteriorating. There is a fast-paced race in the world, and we have people who have the power, reducing the future to mining cryptocurrencies at the Moskvich factory.

“Why don't you consider our elite truly national?”

- If we compare, say, the American and Russian elites, the following will rush into our eyes. Since the end of the XIX century. The first US multimillionaires (the Rockefellers, Vanderbilts, etc.) bequeathed much of their capital to the development of universities, museums, and schools. Our current ruling class has developed as a result of the three stages of the disposal of Russia. At the first stage (the second half of 1980-x - the beginning of 1990-x) were the sellers of the motherland. These are mainly employees of Soviet foreign trade associations, special services, the Soviet banking system, yesterday's speculators with theater tickets, etc. The second generation is property raiders. At first, the property was devalued once in 15-20, and then transferred to the right hands. So the first Russian billionaires appeared - from Khodorkovsky to Potanin. And the third wave is the kings of the state order. Budget construction projects are the same people, and we all know them. None of these guys have released an electric car, like Ilon Mask. They did not produce anything, they just got it.

- And how far is 1% of the population of Russia from the people?

- Russia is a country of blatant inequality. We are much closer to Congo, Botswana or Cote d'Ivoire than to Sweden, Finland or Germany. In general, the inequality coefficient in Russia (Gini coefficient) is 0,41, in Germany - 0,3, in China - 0,43. In terms of property inequality, according to estimates by foreign organizations, as well as the World Bank, it is the largest among the 50 largest economies in the world.

- You said that Trump will take away foreign money from officials and oligarchs. So what do we ordinary people have?

- Everything is very simple. Russian pensioners receive pensions from the budget. The source of budget replenishment is, firstly, taxes from the population, secondly, taxes from corporations. Recently, a law was enacted providing for the exclusion of taxes from individuals and corporations that fell under sanctions. Now imagine that Trump will take over foreign money not from 5, but from 25 officials and oligarchs. It will only mean that they and their companies will not pay taxes to the budget. Accordingly, social benefits and benefits will be the first to suffer. A system has emerged when the limitation of opportunities abroad is compensated by the expansion of opportunities inside. Therefore, on the one hand, of course, someone may be pleased with the requisition of officials and oligarchs' money, but we must remember that the Russian population will pay for it.

A new global division of labor and production is being formed. We lived more or less well during the period of expensive oil, but it ends. Largely, because already with 2022, most cars will use either electric motors or hybrids, the demand for gasoline will drop dramatically, that is, in the next 5-7 years we may find ourselves against the background of technological leaders in the position of the current Nigeria or angola. For whom it will hit the most? According to the people.

High-tech Russia the world does not need. A significant part of Western elites is united in the fact that Russia is a unique reserve - a repository of resources. Therefore, their main task for the near future is to complete the process of de-industrializing the country, destroying the scientific and technological potential and turning it into a huge repository of resources for a rainy day, the onset of which is attributed by the American intelligence community to 2030-2035.

- What can ordinary people do in this situation?

- First of all, it is necessary to clearly divide what depends on a person, on what he has no power over and cannot change. Since the Russian economy is not self-sufficient, and critically dependent on exports and imports, then ultimately the overall economic situation in the country depends little on not only ordinary people, but also on the country's leadership.

Under these conditions, the most rational strategy is to focus on friends, communities, family, and concrete things that are not dependent on government decisions to the maximum. Of course, everyone is well aware that the main business is a business with gosdengi. But it can end literally within an hour. Therefore, in the short term, the main thing is to do your own business, health and education of children. After 10 for years, the world will be unrecognizable. The role of the state in this world is very noticeably transformed. Therefore, their future life depends on what kind of education their children receive now.

Ctrl Enter
Noticed oshЫbku Highlight text and press. Ctrl + Enter
We are
Why did the “offensive” of cryptocurrencies begin and what does it promiseList of destroyed the largest and most high-tech enterprises
Military Reviewin Yandex News
Military Reviewin Google News
80 comments
Information
Dear reader, to leave comments on the publication, you must to register.