In Sochi, tested the prototype of a heavy motorcycle "Izh"

November 18 2017
102
In Sochi, on the Formula 1 track, the Kalashnikov concern tested the Izh heavy motorcycle concept. 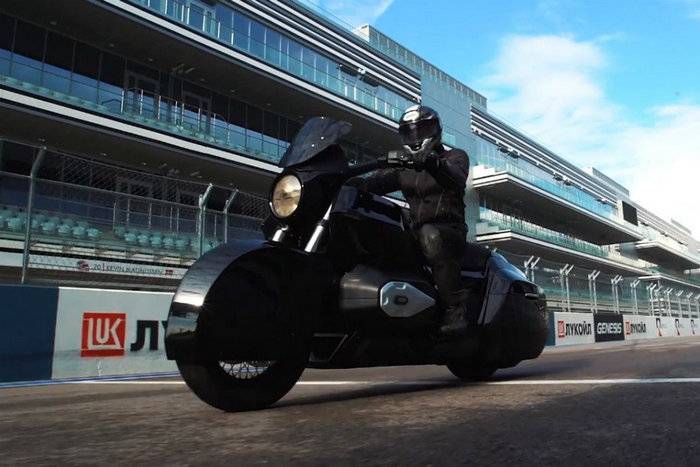 For the first time "Izh" for the project "Cortege" was presented at the forum "Army-2017". It is expected that the first batch of such motorcycles will be available in the first half of next year.

Recall, most recently, the Kalashnikov concern presented electric motorcycles intended for the traffic police and patrol police. The devices, according to the manufacturer, can travel on a single charge to 150 km. These motorcycles came to the test in the Moscow police.

In addition to the motorcycle in the framework of the project "Cortege" it is planned to create cars for the first persons of the state. The model range should include a limousine, sedan, SUV, as well as a minivan. Civilian versions of cars will go on sale, reports "RG"

Ctrl Enter
Noticed oshЫbku Highlight text and press. Ctrl + Enter
We are
Riot day
102 comments
Information
Dear reader, to leave comments on the publication, you must to register.