The first went, but rather went: Ankara turns off the American path 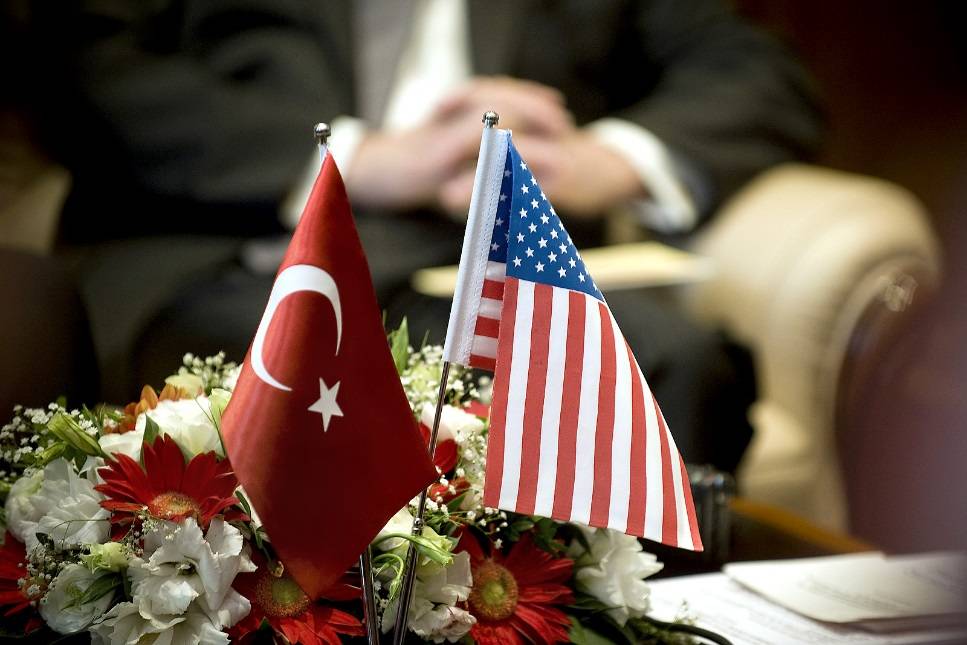 The United States of America is providing financial support to the Islamic State terrorist organization (banned in Russia). What is noteworthy is that thesis, which calls into question the true goals of the American military campaign in the Middle East, was not voiced by representatives of the so-called Kremlin propaganda, the hordes of which, according to Washington, flooded the country, but were cited by one of its allies in the region - the president Turkey Tayyip Erdogan.

The Turkish leader accused the United States that, given the constant declarations about fighting the IG, they gave those "a lot of dollars" and also wondered why the 11 Pentagon had military bases in Syria.

It is worth saying that the Turkish president has reasons for similar attacks against the once main strategic partner. In particular, the recent reports that, thanks to the support of the American coalition, the Arab-Kurdish Syrian Democratic Forces (SDS), supported by the American coalition, several hundred militants and about three thousand members of their families were able to criticize. It is noteworthy that the Pentagon confirmed the fact of the extremists leaving the village, however, it called it concern for civilians, among whom the defense ministry allegedly tried to avoid victims. The information of the British Broadcasting Corporation BBC that this step was part of a deal between the coalition and a terrorist formation, the US military denied, while the subsequent regrouping of radical Islamists to attack the Syrian government forces left without comment.

It can be assumed that the critical position of Tayyip Erdogan in relation to the American leadership is caused not so much by his real outrage at the latter’s cooperation with Islamists, as by dissatisfaction with their relationship with the Kurds, who run counter to the ambitions of the Turks. Thus, Erdogan reproaches the United States with their unwillingness to withdraw the Syrian Kurds' self-defense forces from the liberated regions of Syria, pointing to the incompatibility of this approach with the allied obligations existing between the two countries.

Nevertheless, the key reason why the Turkish leader decided to oppose Washington is obviously his attempt to integrate into the Moscow-Tehran-Damascus axis, which demonstrated that today is the only real force in the region that can finally break the resistance of extremist formations and to direct Syria towards the peace process. Given the extremely ambiguous position of Ankara throughout the conflict, this step is for her the only opportunity to get a vote in the upcoming negotiations on the post-war structure of the Arab Republic and try to defend their national interests in the run-up to imminent changes in the Middle Eastern political landscape.

As for the United States, the prospect of being at the “broken trough” in Syria, apparently, has completely deprived them of the instinct of self-preservation, forcing them to commit overtly provocative acts, which the American leadership has neither the desire nor the ability to hide. And if earlier such tactics of Washington received tacit approval of both the international community and allies functioning as junior partners, then in today's realities it is already impossible to imagine such a thing, which shows the example of Turkey. Fortunately for the United States, while only Turkey ...

Ctrl Enter
Noticed oshЫbku Highlight text and press. Ctrl + Enter
We are
A great interview with Sergey Lavrov: about Ukraine, Obama and IranWhat you didn't want to know about England
11 comments
Information
Dear reader, to leave comments on the publication, you must to register.