November 17 2017
216
The chief editor of the PolitRussia web portal, Ruslan Ostashko, today voiced a statement in which he said that the law enforcement agencies decided to respond to the famous statement of Ksenia Sobchak about the ownership of Crimea. Recall that a few weeks ago, Sobchak, who calls herself the future candidate for the presidency of Russia, made a statement that she considers Crimea an integral part of Ukraine.


Immediately after this application, Ruslan Ostashko submitted a request to the law enforcement authorities to determine whether Ksenia Sobchak’s statement was illegal, or if it was an example of a person challenging Russia's territorial integrity using public platforms. 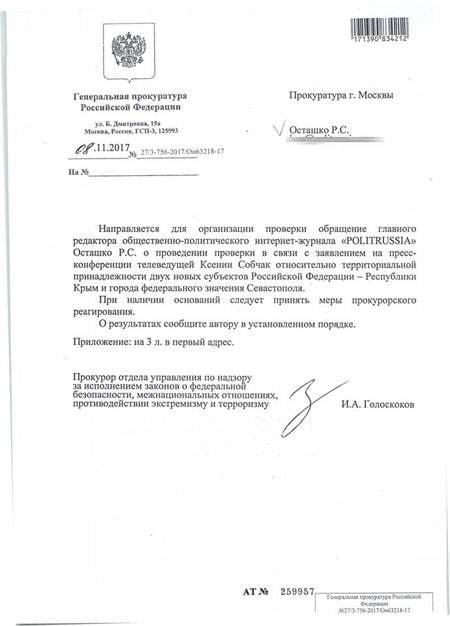 Ruslan wrote a video about it: