Putin approved the strength of the Armed Forces of Russia

November 17 2017
58
Russian President Vladimir Putin has signed a decree on the staff strength of the country's armed forces.


The decree is published on the official portal of legal information. 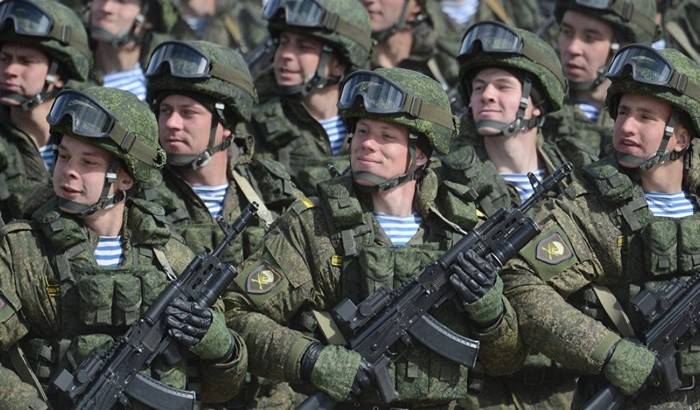 <...> I decide to establish the staff strength of the Armed Forces of the Russian Federation in the amount of 1 units, including 902 military personnel
- the document says.

It is noted that the decree takes effect on January 1 of 2018 of the year. 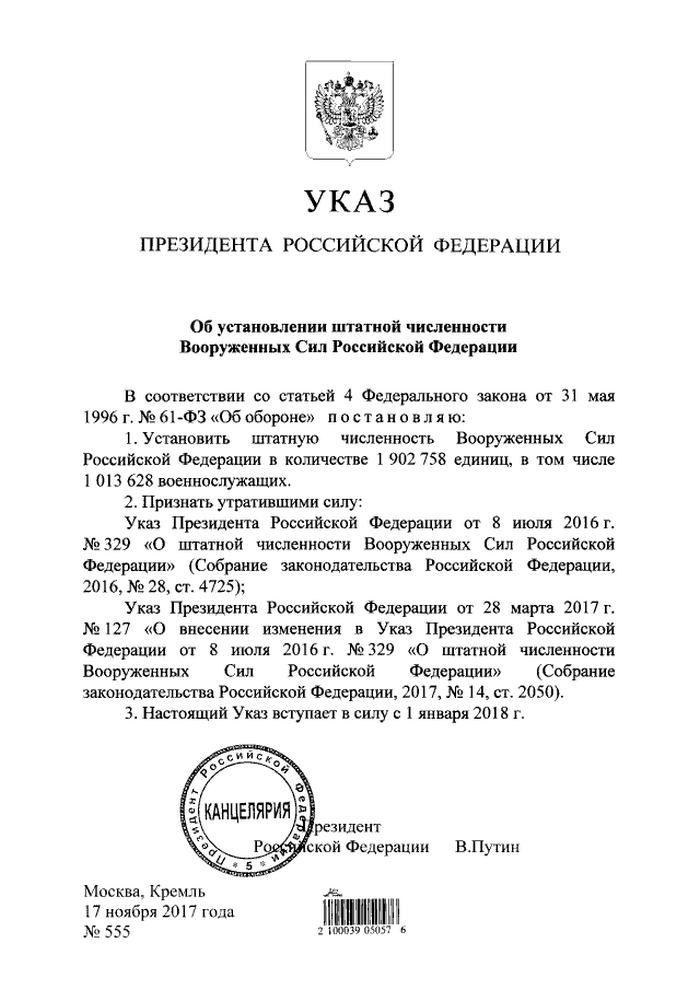 In August, it was reported that Russia ranked second in the “2017 Military Strength Rating of the Year,” published on the Global Firepower portal. According to the rating, which includes 133 countries, the United States ranked first, the third was taken by China.