November 17 2017
33
The Danish Army has opened a competition to replace the Swiss SIG P210 gun that is in service with the country's Armed Forces. The gun, still used by army units, entered service with the Danish army in the 1949 year and should be replaced with more modern models by the 2019 year. 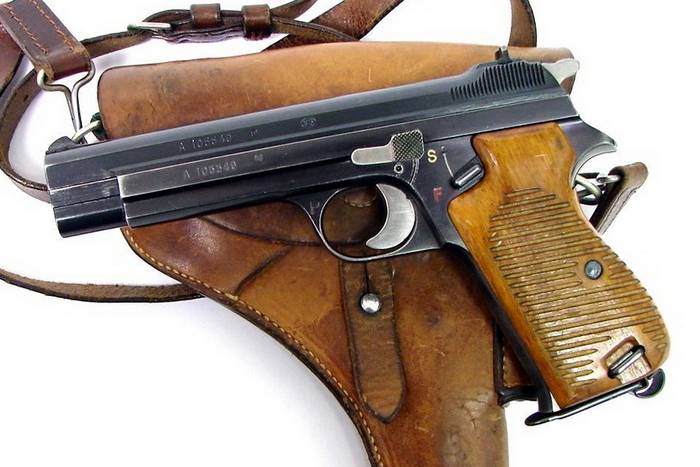 According to the terms of the tender, two pistols should come to replace SIG Sauer P210 at once, or rather, a full-size and shortened version of the same model. To date, four manufacturers are participating in the competition, transferring to the Danish military department five samples of full-size and one each of the compact versions of their pistols. 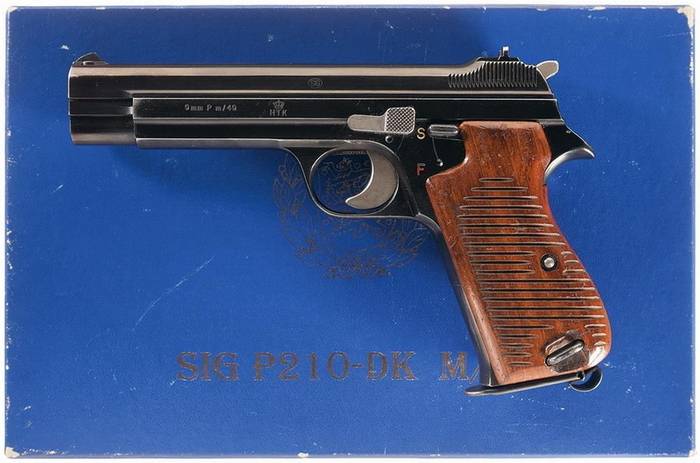 Pistol M / 49 - gun of the Danish order, with a clearly visible crown emblem on the frame

The Danish army is testing pistols Canik TP9 and TP9SF Elite, Glock 17 and Glock 19, SIG Sauer P320 in Full Size and Compact, as well as S&W M & P9 M2.0 and M2.0 Compact. Tests should be completed by the end of next year, and already in 2019, the Danish Ministry of Defense plans to start purchasing new pistols. Thus, the SIG P210 will be in service with the Danish army for at least seventy years.

The SIG P210 pistol was developed by the Swiss company Swiss Arms in 1947 and gained wide popularity due to its reliability. P210 is considered one of the most accurate pistols in the world, because it allows aimed fire at a distance of up to 100 m. SIG P210 (later - SIG Sauer P210) was serially produced from 1947 to 2005 years, during which time 350 000 units were released, transmits "Warspot"
Ctrl Enter
Noticed a mistake Highlight text and press. Ctrl + Enter
We are
New gun for the US Army - SIG Sauer P320New modular rifle from SIG Sauer
33 comments
Information
Dear reader, to leave comments on the publication, you must to register.