November 17 2017
25
Omsk Transport Engineering Plant (Omsktransmash, as part of Uralvagonzavod JSC, part of Rostec State Corporation), by order of the Russian Ministry of Defense, upgraded heavy flamethrower systems TOC-1А, their first batch will be transferred to the military before the end of the month. This was reported on Friday by the press service of the enterprise. 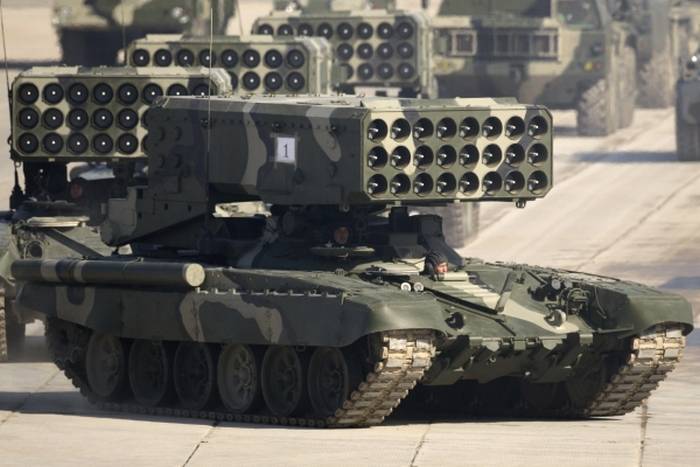 The Omsk Transport Engineering Plant commissioned the Ministry of Defense to upgrade its TOS-1A heavy flame-thrower systems. The changes affected both the appearance and the internal equipment of combat vehicles. The first batch of upgraded TOC-1А will be sent to the customer by the end of the month
- said in a statement.

The press service clarified that the flamethrower itself received a new launcher, and the transport-loading vehicle of the complex received a crane installation. Experienced overhaul of TOC-1A "Omsktransmash" performed last year and as a result received permission from the Ministry of Defense to overhaul military vehicles.

TOS-1A - the most mobile, protected and powerful flamethrower system in the world based on the chassis tank T-72, designed to disable lightly armored and automotive vehicles, set fire to and destroy structures and buildings, destroy enemy manpower, reports TASS