The 787 Object, also known as the Viper, was developed in the second half of 90 and became the second known to the general public prototype BMPT. The first copy of the machine "Object 787" was embodied in metal in 1996 year in the design office of the Chelyabinsk Tractor Plant. The T-72АВ tank was taken as a basis - its main weapon was dismantled, after which the tower was upgraded, on which sides the launchers of unguided missiles and 30-mm automatic cannons were located. The guns were designed for a large angle of ascent, which made it possible to destroy both ground light-armored vehicles and helicopters. 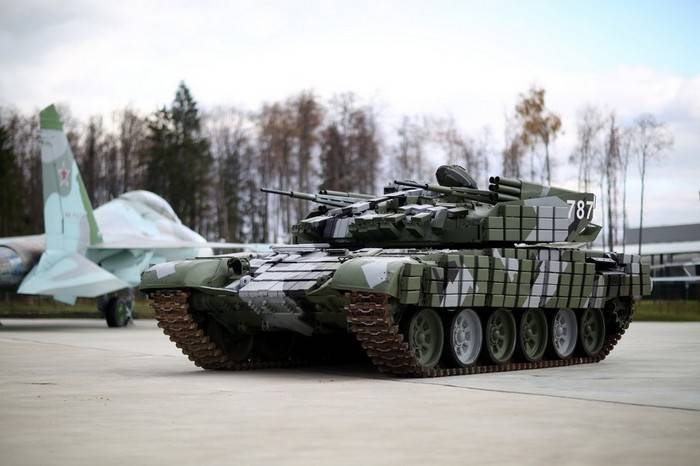 5 April 1997, The Viper went to 38 Research Institute BT in Kubinka for testing. The conclusion of the institute staff confirmed the high efficiency of twin 30-mm automatic guns, while unguided missiles proved to be ineffective. According to the results of tests, the combat vehicle development was banned, after which the “787 Object” was transferred to the Central Museum of Armored Weapons and Equipment, now a branch of Patriot Park.

After almost twenty years, the leadership of the Patriot Park made a decision to restore the “787 Object”.