Donetsk expects to conduct a large exchange of prisoners by the end of the year.

November 17 2017
38
The exchange of prisoners between Kiev and the Donbass can take place before the end of this year, reports RIA News the message of the plenipotentiary of the DPR in the contact group of Denis Pushilin. 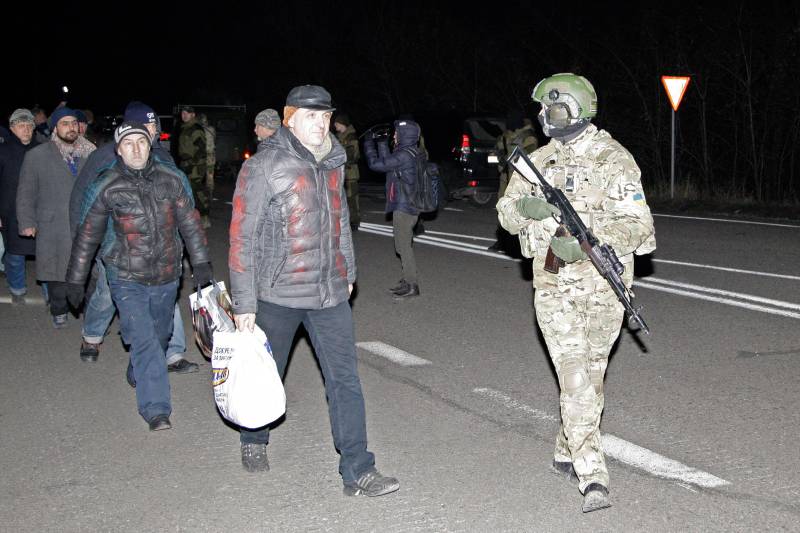 On Wednesday, Russian President Vladimir Putin discussed by telephone with the heads of the DPR and LPR Alexander Zakharchenko and Igor Plotnitsky the initiative of Viktor Medvedchuk, leader of the public movement “Ukrainian choice - the right of the people”, to exchange prisoners. The leaders of the republics generally supported the idea. According to Medvedchuk, Kiev is ready to free 306 people and is expecting more than 70 people to be released from the militia before the New Year.

Ukraine maximally delayed the time, and, probably, only such active intervention by the Russian president can push the situation to the fact that by the end of the year we will still achieve a big exchange,
said Pushilin on the Russia 24 channel.

He noted that earlier in the humanitarian subgroup on Donbass, "an agreement was reached to exchange all the identified persons first - but Kiev began to look for tricks to avoid this."

All held by us are people who were detained on the battlefield with weapons in the hands that destroyed the civilian population. However, we are ready to give them away. And Ukraine is trying even to reclassify political prisoners and not give them away,
said the representative of the DNI.

We often make gestures of goodwill in the hope that Kiev, too, will go at least in some places to meet, but often this does not happen,
added on.