Russians will hit NATO and win

November 20 2017
66
The United States has military means to counter the capabilities of the Russian army in the proposed European theater of operations. However, the United States and NATO do not have enough forces for "frontal confrontation" with Moscow. The most experienced American experts in such issues, including generals with a large number of stars on shoulder straps, say this. 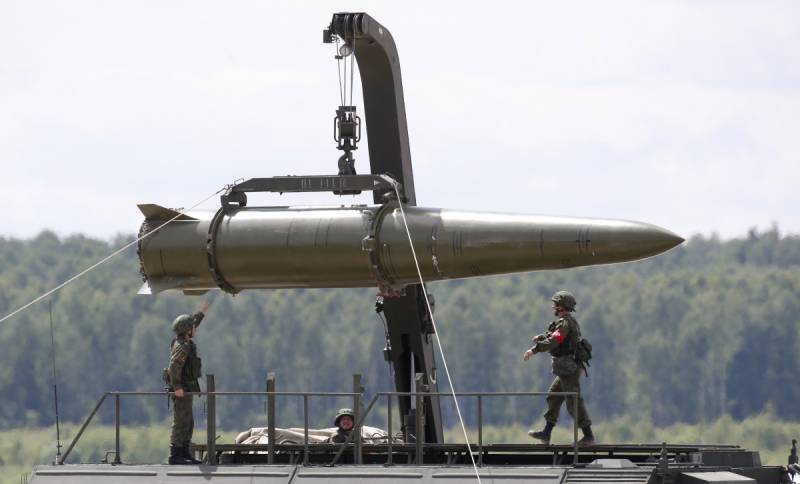 Russia can defeat NATO in the war, says well-known analyst Dave Majumdar. He writes about this on the pages of the magazine "The National Interest".

Lisa Sawyer Samp, Art. Researcher at the International Security Program at CSIS (Center for Strategic and International Studies, Center for Strategic and International Studies, Washington), believes that there is a real gap in the military capabilities of the United States and Russia, which is characteristic of Central and Eastern Europe. Moscow “simply cannot keep pace with Washington around the world, as the Soviet Union once did,” the article notes. “I want to express myself clearly: the Russian military machine is not a Goliath at all,” Lisa says ironically. At the same time, the Russians, who cannot afford to confront the United States with a “global” challenge, have “advanced capabilities” that, as can be seen already today, can challenge the United States and its allies “at the regional level”.

The United States has the tools to cover the areas of the proposed European theater of war, which would have to block access to the Russian army. America has the means of opposition, that is, by blocking the Russian zones of A2 / AD in Europe. However, the US does not have the means for head-on opposition to the “new bastions” of Moscow. Moreover, the US military relies too much on its air power in overcoming Russian threats. (Recall, the abbreviation A2 / AD, anti-access and area denial, stands for restriction and prohibition of access and maneuver.)

"We have the tools, and at the same time we have almost none, and the speed with which we need to destroy the A2 / AD foci in order to get the opportunity to deploy our forces will be controlled by the depth of our penetration in the A2 / AD area," recently retired US Air Force general Philip Breedlove, former commander of NATO forces in Europe. Now "we are almost completely dependent" on air forces in the context of the A2 / AD problem, the general noted.

However, Air Force forces may not be enough. Breedlove suggests that the US Army should play a certain role in the fight “against the Russian threat A2 / AD”. The general stands for powerful and "long-range" ground forces that could strike "from the ground" and have the possibility of "dense fire."

However, Breedlove did not specify how such “ground capabilities” he is talking about would be compatible with the Intermediate Range Nuclear Weapons Treaty (INF), which banned ground-based ballistic and cruise missiles with a range from 500 to 5500 kilometers . It is possible, the analyst notes, that Breedlove had in mind weaponwhich is subject to the INF Treaty and is similar to the Russian Iskander-M.

Breedlove suggested something else: in his opinion, NATO should explore the possibility of creating its own A2 / AD capabilities. Bridlov finds the Russian A2 / AD zones “offensive” and invites the United States to respond “in kind.” The solution to the “abusive” would be to create “our own capabilities to prevent access,” says Breedlove.

Evelyn Farkas, who until recently held the post of Deputy Assistant Secretary of Defense for Russia, Ukraine and Eurasia, said that Moscow is modernizing its defense forces, but compared to the United States, the Kremlin’s planned military investment of about 700 billions in 10 years is relatively insignificant. " At the same time, Moscow approached military spending "strategically". Money goes "not in all directions". Farkas finds that Russian spending is “very clever”, expanding its capabilities in certain key areas. She listed cruise missiles, air defense systems, etc., in a word, exactly what creates a “serious problem” for America and its allies in Europe.

Lisa Semp of CSIS noted that Russia either already has or is beginning to receive benefits in three key areas. This is A2 / AD, the war with weapons and electronic warfare. “These opportunities should be taken into account in future plans for army planning and procurement,” the expert believes.

American and European officials are worried about Russia's nuclear saber-rattling of nuclear warheads, but Evelyn Farkas does not think that the Russian military machine, with its “escalation for the sake of de-escalation”, does not necessarily focus on the tactical use of nuclear weapons.

“In fact, this is not the case,” she says. And it reminds that Moscow can use cyberspaces, space, and can undertake something that will turn the tide to a point where the US or European allies will no longer intervene.

On the other hand, Farkas also acknowledged that “de-escalation” may include the threat of a nuclear baton or even a strike of the latter.

In the meantime, we add, the “alarm” of NATO members because of Russia is growing every day.

The latest NATO tension is connected precisely with the modernization of Russian nuclear weapons. The Alliance believes that such a thing can not be left unanswered, because the violation of parity may well lead to bad political consequences. It is time to act! But how?

Other NATO states have no doubt that Russia behaves in the style of the Cold War. So it was forty years ago, when the P-14 missiles were replaced with RSD-10. It was then that I had to place American Persings in Europe as a response to the Russians. And now write other observers should "do something." True, what exactly to do in NATO do not know. It is believed that today's Europe does not have an air defense shield that would be able to stop the upgraded Russian missiles.

Observed and commented on Oleg Chuvakin
- especially for topwar.ru
Ctrl Enter
Noticed oshЫbku Highlight text and press. Ctrl + Enter
We are
Results of the week. Russian leaders in everything!Strangulation: the context, conduct and consequences of the American naval blockade of China
66 comments
Information
Dear reader, to leave comments on the publication, you must to register.