November 16 2017
158
The Ministry of Defense in the framework of the multimedia project "Memory against Oblivion" published unique historical Documents from the funds of the Central Archive of the Ministry of Defense of the Russian Federation telling about the Soviet Union providing material assistance to Poland in 1944-1945: helppoland.mil.ru.


The published documents provide information on USSR assistance to the population of Polish cities liberated by the Red Army units with food, medicines, vehicles, fuel and raw materials for industrial enterprises. According to archival documents, the assistance of the Soviet Union to liberated Poland came from the material stocks of the Red Army and from the reserves of the people's commissariats of the USSR. 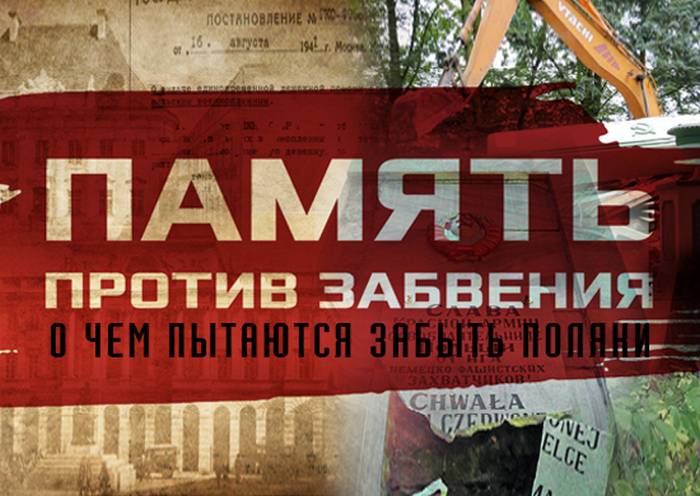 During the period from March to November 1945, food and fodder worth more than 1,5 billion rubles in 1945 prices were transferred by the Soviet Union to provide for the population and for the sowing campaign. In accordance with the employment contract, the Provisional Government of Poland delivered over 2 thousand tons of food, 3 thousand tons of cotton, 1945 thousand tons of large skins, more than 130 thousand trucks during the 20 and 100 quarters of the 2 year.
- added to the military department.

The declassified documents provide data on the restoration of the Polish Army and bridges destroyed by the German occupiers by the Red Army units. So, only by the forces of the railway parts of the 1 of the Byelorussian Front in Poland more than 5 thousand of kilometers of railways, 12,5 of thousand of wire-kilometers of railway communication were restored; more than 30 thousand linear meters of bridges were built and repaired.

Great interest of users will be caused by the first published Agreement between the Soviet military command and the interim government of the Polish Republic on the use of equipment of German enterprises and other property located in Poland. In particular, it noted that, without exception, all Polish plants and equipment were transferred to the Poles, their dismantling and export was strictly prohibited.

The documents declassified by the Russian Ministry of Defense also reflect the unprecedented amounts of money transferred to Poland, the number of Soviet military and civilian specialists involved in the restoration of the country's economy.

Historical documents were not previously published in open sources and were available only to a narrow circle of specialists.

October 21 2017 in Poland entered into force the law on decommunization, which threatens to demolish the monuments of the Red Army, which brought liberation from fascism to the Polish people. One of the first "victims" of the barbaric law was a monument of gratitude to the Red Army in the Polish city of Szczecin.

The multimedia project “Memory Against Oblivion” was a continuation of a series of archival documents of the 1944-1945 period published by the Russian Ministry of Defense on the liberation of Poland by the Red Army from the Nazi occupation and revealing how much this victory went to our country.

The Russian Ministry of Defense publishes historical documents in order to counter attempts to falsify history and preserve historical truth.