Media: more than half of Leopard 2 tanks are not ready for use.

November 16 2017
67
More than a half tanks type Leopard 2 Bundeswehr not ready for use, according to the publication Focus.


According to the magazine, at the moment the Bundeswehr is armed with an 244 tank of this type. However, only 95 of them are in full combat readiness. 53 are in the process of being refitted, seven are on test sites. A number of tanks can not be repaired due to lack of spare parts. 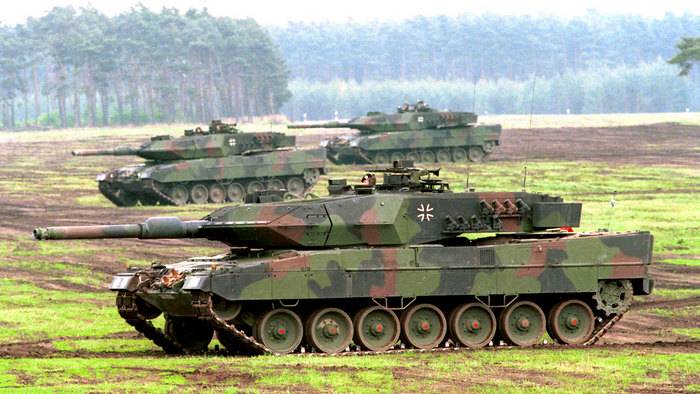 The question of who is responsible for this catastrophe should be raised
- said the publication of the chairman of the German Bundestag Committee on Defense, member of the SPD, Wolfgang Hellmich. He noted that this is a question "of the leadership of the Ministry of Defense, which is responsible for the security of the country."

In May of last year, German media reported that the Bundeswehr was temporarily forced to abandon the purchase of additional Leopard 2 tanks due to lack of budget funds.

The defense budget is so tightly compiled that it is impossible to include the cost of purchasing new equipment. It was noted that there is not enough money even to maintain the existing equipment in the proper technical condition. RIA News

Ctrl Enter
Noticed oshЫbku Highlight text and press. Ctrl + Enter
We are
China expands its amphibious capabilitiesWorld market and production of armored vehicles (part 3 of 3)
67 comments
Information
Dear reader, to leave comments on the publication, you must to register.