Rukban: territory of death. Confession of a refugee

November 18 2017
6
On the Syrian-Jordanian border is the infamous refugee camp of Al-Rukban. Not far from it, the United States deployed its military base, where they are training militants of the so-called “moderate opposition” to fight ISIS (prohibited in the Russian Federation). The United Nations Commission and a number of other organizations have repeatedly made statements about the plight of the refugees in Rukban. The elementary absence of basic necessities and foodstuffs threatens 60 to thousands of unwitting camp residents with a humanitarian disaster. The United States, in turn, does not allow any humanitarian convoys into controlled territory. We managed to talk to a refugee who almost miraculously got out of the deadly chains of Rukban.


Hamida Al-Moussa is from the town of El-Karyatain in the province of Homs. During the assault and seizure of the city, ISIS fighters fled with children and other residents of El-Karjatain to Rukban. There Hamida suffered a lot of hardship and suffering. However, first things first.

- I was born and raised in Homs. Then, when I got married, my husband and I moved to him in the city of El-Karyatain. When the war began, the spouse was taken to the army. ISIS came to the city unexpectedly. The shooting began in the morning. There was a strong panic. People began to scatter in who where. I took the children and ran out of the city together with my neighbors. Everyone was very scared, because the terrorists could at any time arrange a pursuit of us. Then we managed to catch a passing car and drive away from the city. Since we didn’t have any of our relatives around, we decided to follow our neighbors in Ar-Rukban. As they themselves said then, there are normal conditions, Jordan imports food and medicine, and some people will even take on their territory. 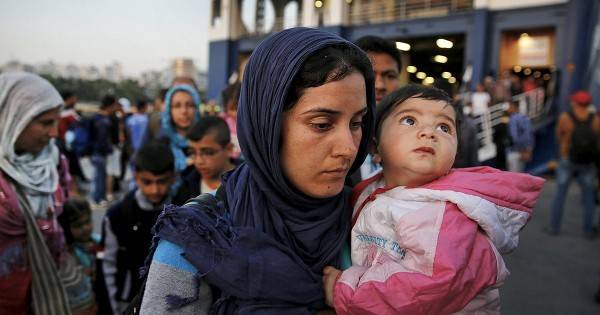 - So you did not know what is really happening there?

- No, we did not know. But when they arrived, I immediately realized that everything was not at all the way we were told. Everywhere were old tents. Many were already with holes, and most in general are covered with material from under rice bags. Almost no one had beds. We slept on mattresses, and more often just rags on the floor. The camp was so big that it was easy to get lost among a large number of tents.

Due to the lack of normal drinking water, my youngest son got sick almost immediately ... (He cries.) He was very poisoned and there was no medicine. Malik faded away in my arms. We were not allowed to leave the camp to the nearest hospital. After about two weeks, we buried him in a local cemetery, which is growing almost daily ... Sorry, I can't talk ... 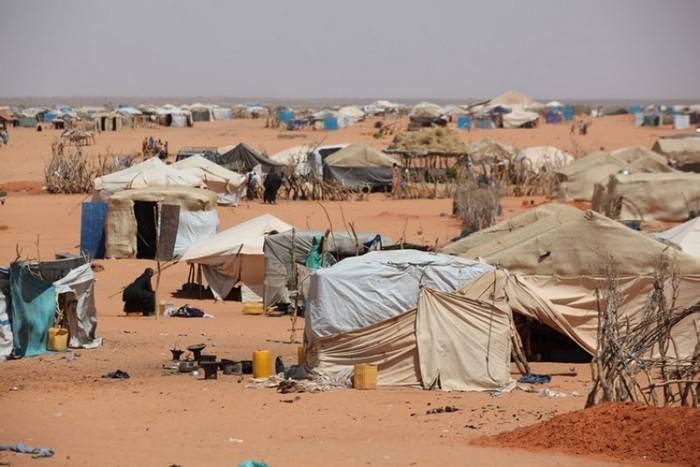 - Hamida, near the camp is a US military base. Do they provide any support for refugees?

- Yes, they said that the base is there, but I was not there. And I do not know exactly where it is located. But the US military regularly came to the camp, carried out the selection of men in some group, which they created there, right next to us. Americans tried to select young and more or less strong men. Sometimes we heard shooting: the US military trained recruited people. But in general, we did not like them, because we understood that this was all — the camp and the base — they all came up with the idea to hide behind us. All that the people there experienced and continue to experience is their work. 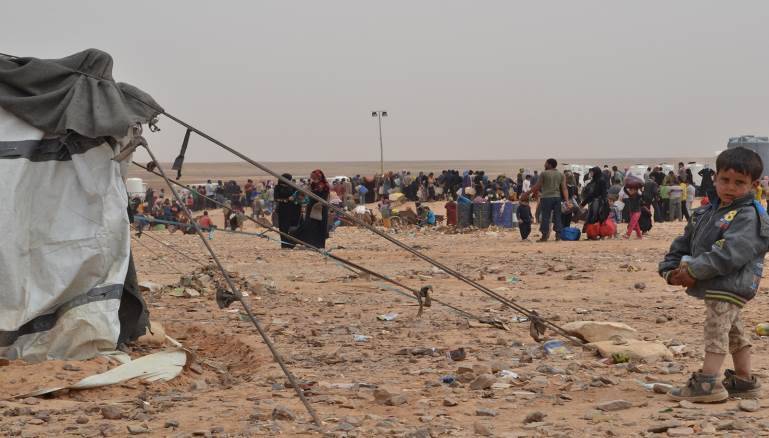 - Tell us, didn’t anyone bring water and food and you couldn’t buy them anywhere?

- Nobody brought water, as no American people allowed any humanitarian aid to us, and it was possible to buy it for a lot of money by smuggling from Jordan. In general, having paid a decent amount, one could, accompanied by a conductor, legally cross the Jordanian border and leave the camp. But such a lot of money was not all. And along the perimeter the camp was well guarded and it was pointless to get out of it imperceptibly.

- That is, the refugee camp, in fact, was such a kind of mass prison?

- It turns out, only worse. I have not seen anywhere else that people live in such inhuman conditions. We collected water for drinking, cooking and just for domestic needs in one stagnant reservoir. Everywhere went infection. Many simply fell down from the disease, poisoning and lack of drugs.

- Tell me, how did you manage to get out of Rukban? 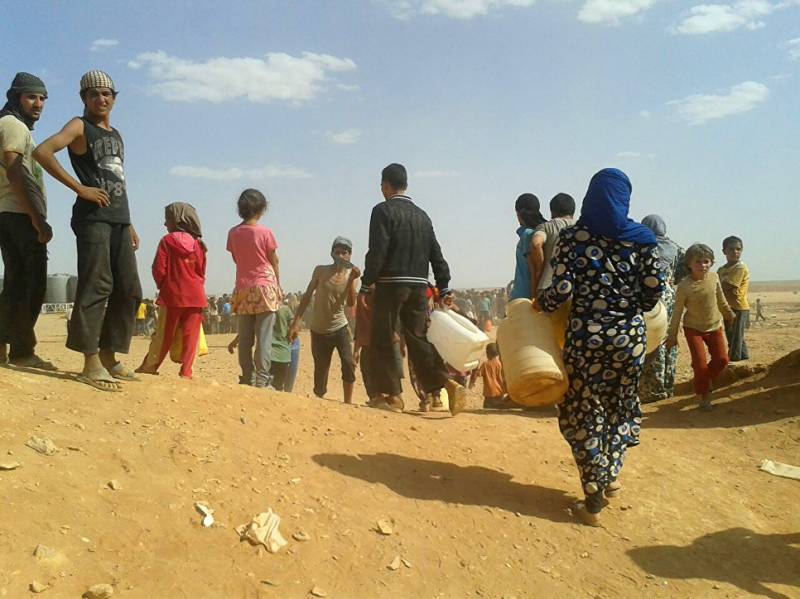 - I think this is a miracle. In Rukban, I happened to meet friends of my husband, who set out to help us. They used to serve together. Like many refugees, their family, unknowingly and out of despair, fell into the camp. As a result, they found the necessary amount of money to bribe the militants recruited by the Americans to take us across the Jordanian border, and from there other people took us and escorted to the border with the province of Essaouida. It seems to me that until the last moment I simply did not believe that everything would work out. We were so exhausted that, in principle, it was all the same. Only love for the only child I had was still on my feet ...

“You are one of the few who managed to get out of this death den.” Tell me, what are your plans now?

- Now, when this whole nightmare is over, and we managed to return to the liberated El-Karyatain, I want to start a quiet life. Of course, neither the child nor the husband killed in this war will be returned ... But I believe that peace will finally reign in our land, and families will not mourn their loved ones ...

Ctrl Enter
Noticed oshЫbku Highlight text and press. Ctrl + Enter
We are
Rukban refugee camp - on the verge of a humanitarian catastropheInterview by President Bashar Al-Assad to the Sunday Times
Military Reviewin Yandex News
Military Reviewin Google News
6 comments
Information
Dear reader, to leave comments on the publication, you must to register.