November 16 2017
35
Western News Agency Rider publishes a statement by the head of the Turkish Foreign Ministry, Mevlüt авavuşoлуlu. The statement concerned the issue of migration. Recall that earlier, Turkey has established on its territory several camps for refugees from Syria, Iraq and some other countries of the Middle East in exchange for cash injections from the European Union. This agreement each time tried to revise both parties. In the EU, they said that Turkey is not restraining refugees properly, then Ankara accused Europe of not paying the necessary sums.


In Turkey, they said that if the EU wants Ankara to continue to keep migrants on its territory, then Brussels should transfer 6 billion euros to it for the remaining period of the year 2017 and for 2018 a year. The Turkish authorities remind that it was these EU commitments that had previously assumed itself. 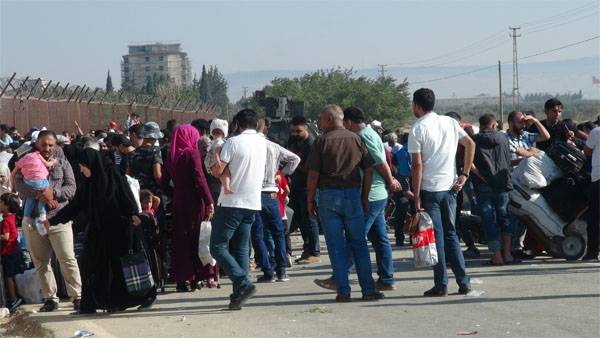 According to Minister Chavushoglu, Turkey expects to receive from the EU a part in 3 billion euros by the end of 2017, which he promised to allocate under the agreement on migrants. Another 3 billion euros the EU should allocate to the end of the year 2018.

In 2016, Germany declared that it had spent almost 10 billion euros on the maintenance of refugees on its territory. At the same time, now the same Germany is not in a hurry to allocate funds to Turkey. The reason is the clearly tense situation in the interaction of Berlin with Ankara.