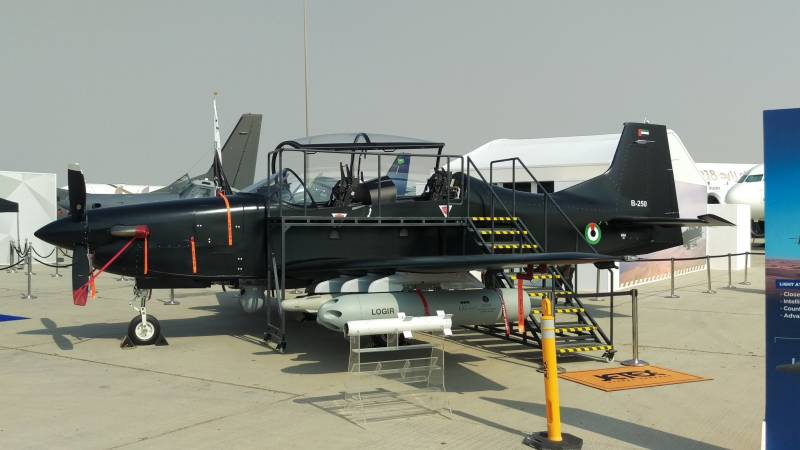 The Brazilian company Novaer acted as the actual designer and manufacturer of the B-250, and Brazilian aircraft designer Josef, formerly the main creator of the well-known successful turboprop aircraft of the same class Embraer EMB-312 Tucano and EMB-314 Super Tucano, was the main designer.

“The B-250 is one-piece and has a slightly larger size than the Tucano and Super Tucano, and, unlike the latter, is positioned precisely as a light combat attack aircraft (primarily counterinsurgency) with the use of reconnaissance and surveillance as an aircraft. Possible educational functions are considered as secondary, ”the article says.

The length of the aircraft - 10,98 m, wingspan - 12,08 m. The machine has a double cabin with tandem crew accommodation in ejection seats.

It is reported that “the B-250 is powered by a Pratt & Whitney Canada PT6A-68 turboprop with a takeoff power of 1600 hp. with a four-bladed Hartzell propeller, a Rockwell Collins ProLine Fusion avionics complex, and a ventral round-the-clock optoelectronic station. " The total mass of the outboard weapons is up to 3960 pounds (1796 kg). 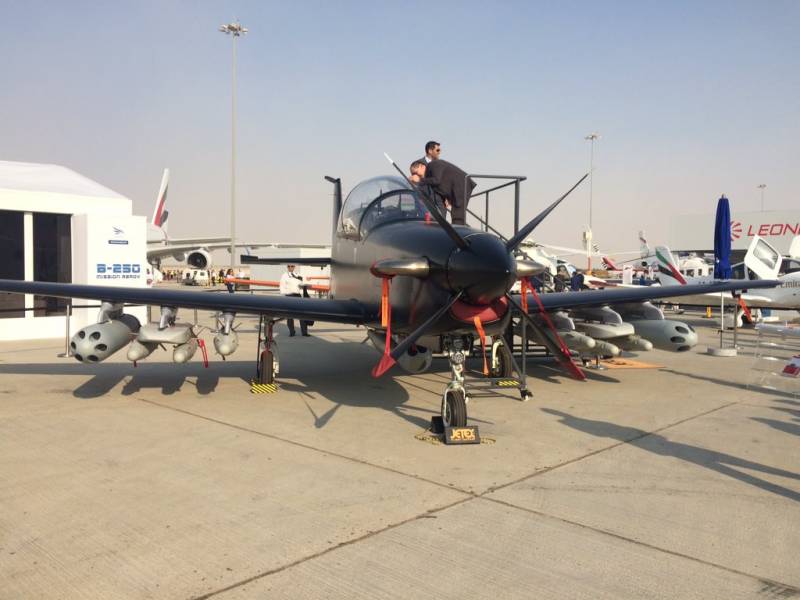 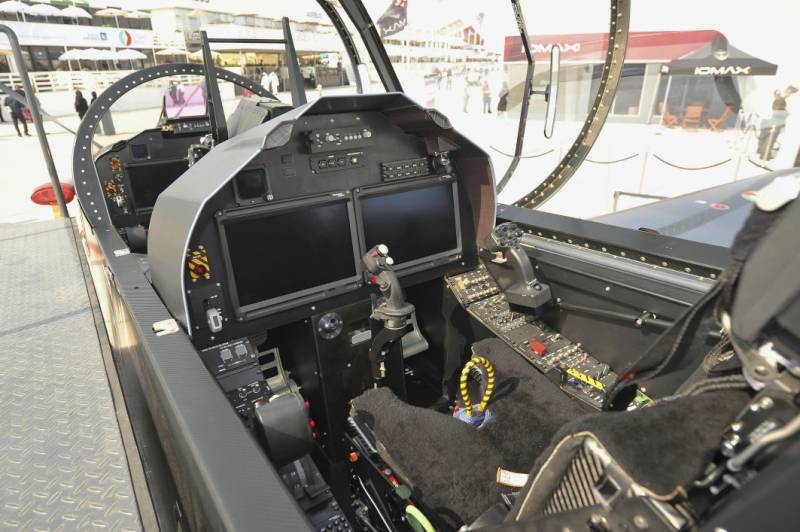