November 16 2017
76
United Shipbuilding Corporation (USC) is experiencing a shortage of funding for the construction of the nuclear submarine (APL) of the Prince Oleg Borey project, USC President Alexey Rakhmanov said on Thursday. 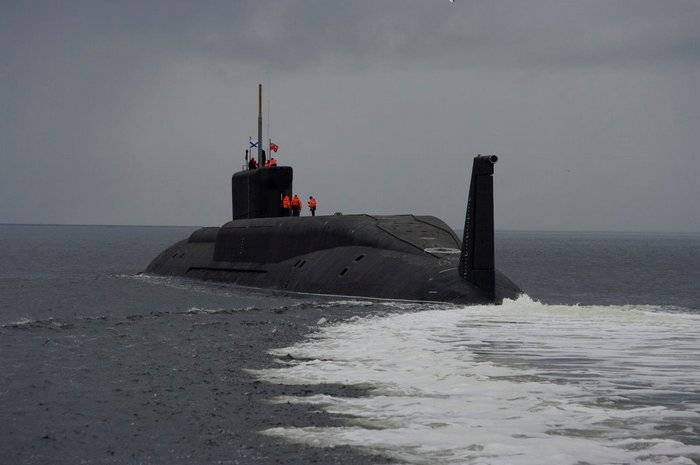 Everything will depend on the issues of the lack of funding, which we have in some way formed. We hope that (we will) in the schedule
- said Rakhmanov, answering the question about the date of launch of the Prince Oleg submarine. According to him, the submarine launch schedule was transferred several times.

Prince Oleg belongs to the newest generation of atomic strategic rocket carriers armed with Bulava ballistic missiles. This is the fifth corps of atomic submarines "Borey" / "Borey-A". The first three missile carriers were built according to the 955 "Borey" project and have already been transferred to the combat structure of the Russian Navy.

Each atomarina carries onboard the 16 intercontinental ballistic missiles of the sea-based "Bulava". In total, it’s planned to have eight Boreans in the combat structure of the Russian Navy, reports RIA News
Ctrl Enter
Noticed oshЫbku Highlight text and press. Ctrl + Enter
We are
The Dangerous Future of US Strategic Forces (PetroleumWorld, Venezuela)
76 comments
Information
Dear reader, to leave comments on the publication, you must to register.