November 16 2017
12
The plenipotentiary of the DPR in the contact group Denis Pushilin insists on the publication by Kiev of orders to maintain the ceasefire in the Donbass, known as the “school truce”, reports RIA News The message of the press secretary of the plenipotentiary Victoria Talakina. 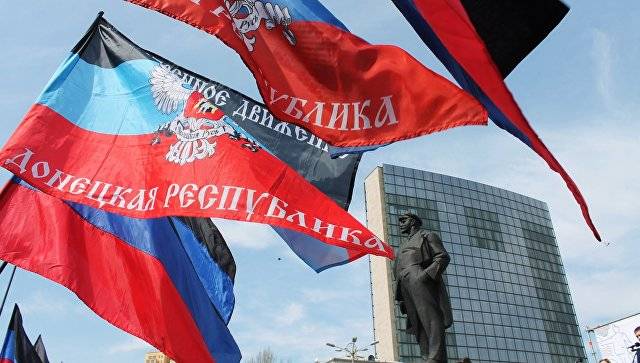 According to her, the representatives of the DPR and the LPR at the meeting in Minsk “supported the decision of the contact group and reaffirmed their commitment to the“ school ”truce and the implementation of additional measures aimed at ensuring a comprehensive and sustainable cease-fire.”

She recalled that the Donetsk issued the relevant orders in early autumn.

Unfortunately, mirror measures from Ukraine have not yet been followed. The plenipotentiary of the DPR insisted on the need to publish orders by the Ukrainian side. Until such orders are published, the republics have every right to doubt both the instructions given in these documents and their existence, in principle,
A spokeswoman added.

Recall, the contact group on the settlement in the Donbass since September 2014 has already adopted three documents regulating the steps to de-escalate the conflict, but none of them have been implemented.

Ctrl Enter
Noticed oshЫbku Highlight text and press. Ctrl + Enter
We are
The weekly summary of 7-13 of October about the military and social situation in the DNR and the LC of the military leader "Mag"Reports from the militia of New Russia for 7 September 2014 of the year
Military Reviewin Yandex News
Military Reviewin Google News
12 comments
Information
Dear reader, to leave comments on the publication, you must sign in.