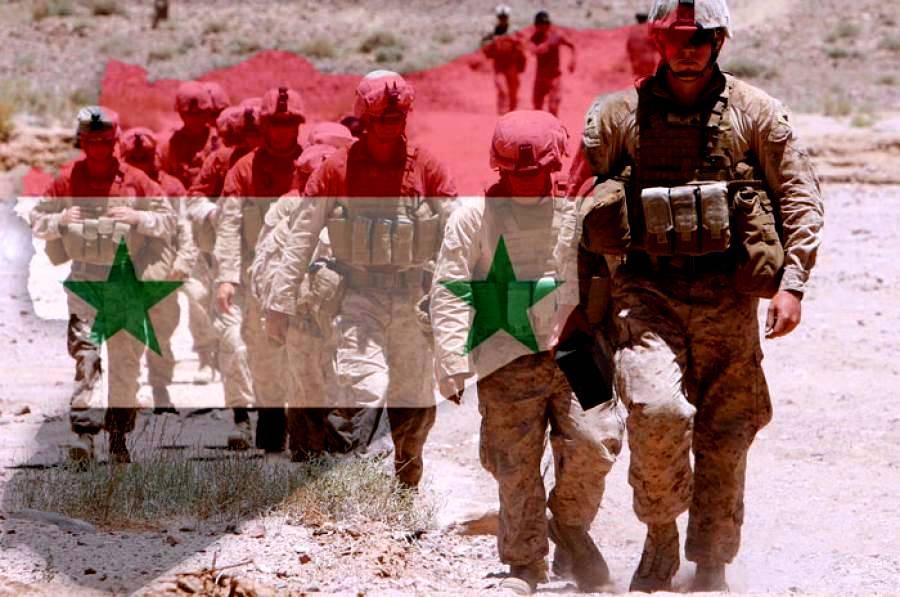 Recently, to be exact two months, the Syrian army and its allies have achieved impressive successes on the battlefield and inflicted a crushing defeat on the Islamic State terrorist organization in eastern Syria. Today, the cities of Deir ez-Zor, Meyadin and the border Abu Kemal testify to this, the liberation of which has long been subject to doubts from the West and other "well-wishers."

Fortunately, the concerns of our so-called partners turned out to be in vain - the ISIL militants did lose power in all major Syrian cities. Now they are under the protection of the government army.

At the same time, it must be admitted that the absence of terrorists does not always speak about the security of a particular settlement. Before civilians return home, every city is thoroughly checked by Russian sappers and Syrian specialists.

On the eve of the completion of demining in Deir ez-Zor reported in the Center for reconciliation of the warring parties in Syria. In this city, Russian and Syrian explosive engineers have done a titanic in scale and quality jewelry work, with a constant risk to life.

At the briefing, Lieutenant-General Sergei Kuralenko, head of TsPVS in Syria, stated that 1238 hectares of the city’s territory and its surrounding areas were cleared by sappers of the armed forces of Russia and Syria; manufacturing.

In the demining of state and administrative institutions, the divisions of sappers from General Suheil’s “Tiger Forces” division actively participated, which cleared 18 of socially important objects: several schools, a university, a mosque, a hospital, pharmacies, shops, and three power substations.

As we remember, Deir-ez-Zor, located on the Euphrates River, as well as an airfield located a few kilometers away, was under siege for more than three years. The city was regularly subjected to the attacks of the foot bomber "Islamic State", as well as mined cars.

Nonetheless, the Deir-ez-Zor garrison survived despite food shortages and drinking water supplies. In early November, it was officially announced the release of the Pearl of the Desert.

But as it turned out, the militants did not lose time in vain and left numerous deadly traps everywhere. Ignoring disguised mines at any moment could lead to sad consequences. Now this threat has passed, largely due to the courage of the Syrian army, Russian pilots and bomb experts.

At the same time, the Pentagon, which heads the forces of the international coalition in Syria, is also in a hurry to share their achievements this year. The official representative of the Western allies publicly shared the successes achieved by the foreign military.

On Wednesday, Colonel Ryan Dillon solemnly reported that a coalition led by the United States for a year, it turned out, liquidated 117 high-ranking leaders of the Islamic State terrorist group, including its leader al-Baghdadi.

I would like not to doubt the sincerity of the Colonel of the American Army, who had recently positioned the destruction of ISIS as the number one goal of the United States. Here are just Washington's eloquent slogans at odds with real actions.

How else to explain the fact that in the liberated Deir-ez-Zor they find warehouses with weapons, equipment and ammunition mainly of American, Western European and Israeli production. According to news agencies, among the weapons found are not only small arms, but also heavy weapons: TOW anti-tank missile systems and 155-millimeter American field guns, cars with C-4 bags.

True, if the phrase “annihilation” is replaced by “support” in the phrase of the American military, then everything goes together, and you get a great slogan for the international coalition and its actions in Syria.

Ctrl Enter
Noticed oshЫbku Highlight text and press. Ctrl + Enter
We are
Dare elz-Zor: to whom glory, to whom is shameStrategy: life or death!
8 comments
Information
Dear reader, to leave comments on the publication, you must to register.