Spiral leading to the abyss: Ukraine and Poland are more and more like enemies

November 16 2017
46
Ukraine is becoming an enemy of Poland. This happens to the delight of the Kremlin, the Polish edition of Newsweek.pl believes. 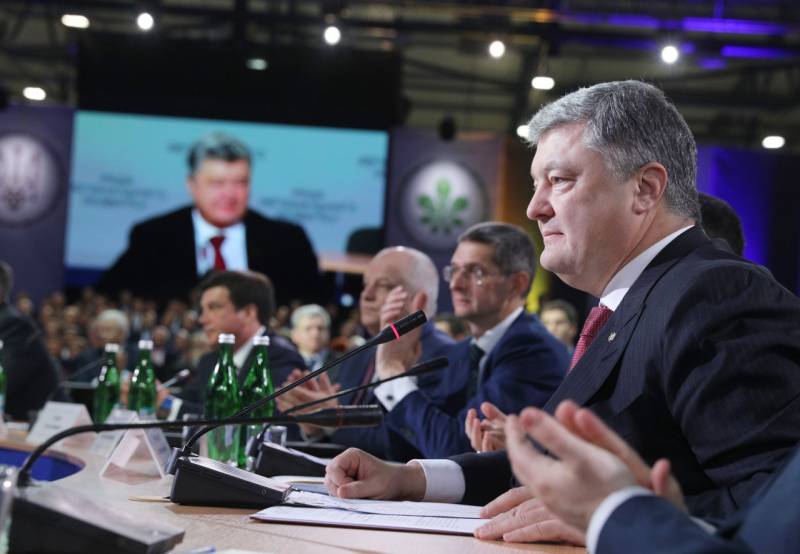 Arguments for such a conclusion edition leads the most convincing. Relations between the two states are deteriorating so rapidly that soon Poland will be almost completely surrounded by enemies - as Moscow allegedly wants. Kremlin strategists, the article says, could only dream of such a thing!

“In the relations of Warsaw with Kiev, the worst scenario is embodied that looks copied from the Kremlin’s strategies concerning our part of Europe,” the website quotes "InoTV" Polish edition Newsweek.pl. “In relations with Ukraine, we have a spiral and a chasm that is self-twisting and tightening us down,” adds the author of the material, journalist Michal Katsevich.

In Ukraine, almost all media say that Poland "has ceased to be a lawyer in Kiev," emphasizes Katsevich. And in Poland they say that Kiev disappointed them, because it behaves dishonestly. “In a word,” the author concludes, “ historical politics and issues of honor prevail in relations between Poland and Ukraine. At the same time, the characters in the scenario leading to the big Polish-Ukrainian quarrels play their role on both sides. In Poland. And in Ukraine. ”

Here is the proof from the very top: Vitold Vashchikovsky, the head of the Polish Foreign Ministry, boasted the other day a list of Ukrainian non-grata persons in Poland. The media noted that Vladimir Vyatrovich, head of the Ukrainian Institute of National Remembrance, could have entered the black list.

Earlier, the same Vashchikovsky hinted (and more than once) that he did not like the historical policy of Ukraine, but in particular, the praise cultivated by Kiev of Bandera and the UPA (the organization is banned in Russia). “The Minister stamped his foot. He stressed that there is no question of letting people into Poland who are walking around in the uniform of the SS “Galicia”, the author of the article cites the opinion of the Polish minister.

As for Mr. Poroshenko, he walks in Kiev on thin ice, which is why he has to flirt with nationalist societies. As a mantra, he repeats: they say, the cult of Bandera is aimed not at Poland, but at Russia, and also serves to build a new Ukrainian self-consciousness.

If the dispute between Ukraine and Poland is not resolved now at the level of state officials, then a good attitude to the Poles in Ukraine and to the Ukrainians in Poland may change, the journalist is convinced.

Obviously, we note, Michal Katsevich hints at the benefits that Moscow will receive from the hostility of Poland and Ukraine. No wonder he is saying that the Kremlin strategists are "not mistaken." The Kremlin is "patiently" working to ensure that Ukraine and Poland are not friends.

The idea is truly strange: if Ukraine and Poland themselves are doing everything to live in a quarrel, then what does the Kremlin have to do with it? The new national "self-consciousness" is now in abundance in Kiev, in Warsaw.