Russian "big jerk": the feet of the descendants of the samurai 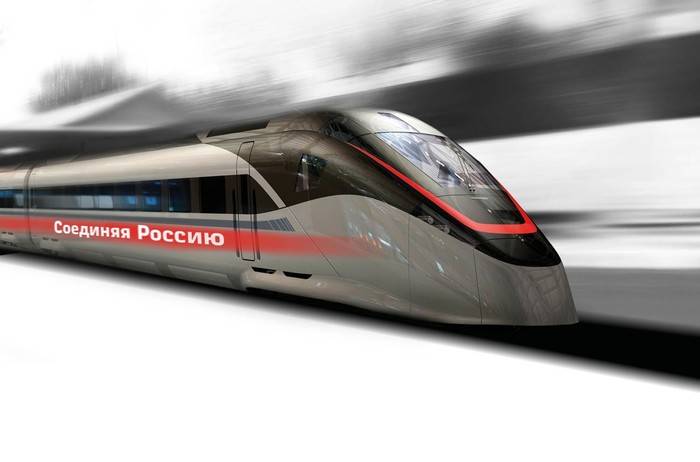 15 November 2017 of the year, 18: 12, Moscow, Leningradsky Railway Station. Before the departure of the high-speed train “Swallow” to Tver, there are still as many 20 minutes, and all the places in it are already taken. The appearance of these beautiful and high-speed trains in just a few years has greatly changed the life of entire cities and districts of the Moscow region. It could not be otherwise.

Klin - Moscow and back: the economy must be economical

I will begin my story with petitions. Residents of the cities of Klin and Solnechnogorsk of the Moscow Region are demanding an increase in the number of high-speed electric trains. They are ready to pay for comfort, if only the authorities provided them with the opportunity to travel regularly to Moscow ... 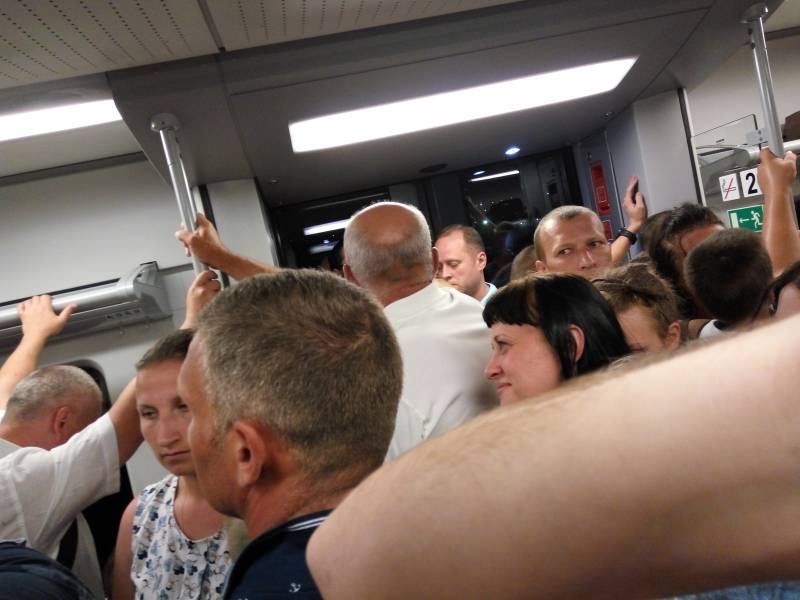 And I remember the time when skeptics in Russia quite seriously said that the idea of ​​high-speed rail service in Russia was flawed. The rich do not need it, and the poor will save and ride on what is cheaper. But they were wrong ...

People save. But they save their time, and that makes them richer. How it works, I learned, communicating with the residents of Klin, for whom the appearance of the "Swallows" literally turned life. As it was before: 1 hour. 40 minutes there and the same back. At peak hours, everything is chock full. Constant smell of sweat, the homeless and zero comfort. In the morning you will not die, but in the evening you will not rest. Such were the everyday lives of those residents of the city who had previously worked in Moscow. The consequence of this was total fatigue. Children do not see fathers, and wives - husbands. Speaking at the same time about the full life of the language does not turn. Yes, you can bring more money home (about plus 20-30 thousand to make money at home), but what a price it was!

What do we have today? The train from Klin to Moscow is going an hour. Thanks to the developed transport system of Moscow in the center in a maximum in an hour, and, most likely, in half an hour you are already at your workplace. All this pleasure costs 7 500 rubles (a subscription to the train) and approximately 1 500 rubles on the metro. Total 9 000 rubles. 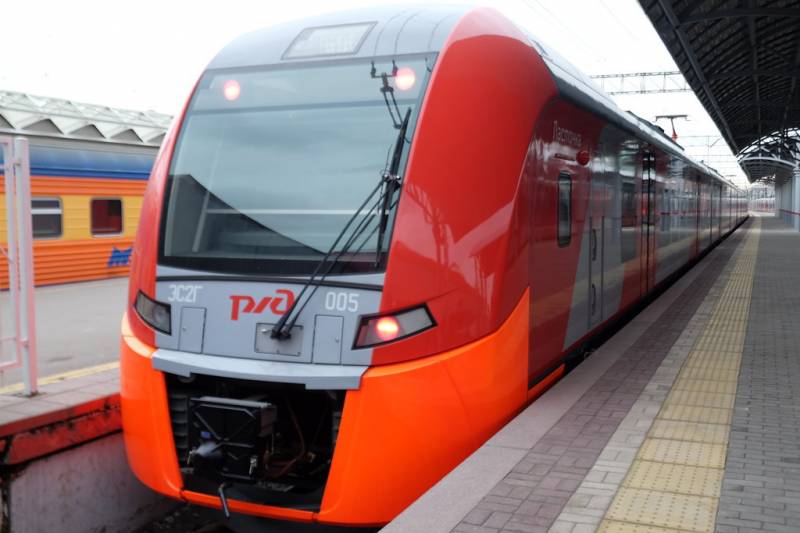 So, travel time is reduced by 1 hour 20 minutes (both ways). Comfort, if you're lucky to take a seat, just heaven and earth. And this gives a minimum of extra 15 thousand rubles per month (minus the difference in the cost of travel). For a resident of a remote city near Moscow, this is a great help.

And many of those who previously preferred to stay at home have drastically changed their way of life. Earnings have become higher, and more opportunities ...

I already hear outraged cries: "Moscow, of course, but Russia is not Moscow." And in this the opponents will be right. But not in a hurry with the findings. It is the high-speed railway communication that can save Russia from this major bias in its social development. What do you think, whose jobs were occupied by residents of the distant suburbs? Yes, it is the residents of Moscow. That is, the imbalance of wages within the region immediately decreased (a resident of Klin began to receive more, and a Muscovite less). And now let's see how it works across the country.

Mobilization from the word "mobility"

At the beginning of 1960's, everything was the same as in Russia today. A poor country in general, with a sharp distortion of incomes of the population of the capital and suburbs. The industry experienced its devastation in 1945. Life after the terrible 1940-s entered its own rut and became much better, but still up to the advanced America at that time and much faster than rising from the ruins of Europe, Japan was oh how far. The government of the country understood that without a qualitative breakthrough it would be impossible to catch up with them ...

October 1 The 1964 of the year from the Tokyo railway station entered the first flight of the new Shinkansen high-speed train. The speed on the way reached 140 km / h, and in Osaka it arrived four hours later, having covered 552,6 kilometer during this time. 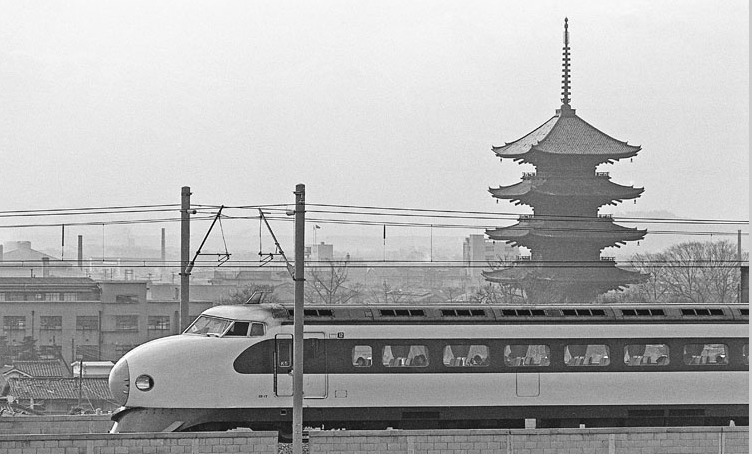 This was a real logistic breakthrough for its time. It was high-speed trains that made distances for residents of the Japanese islands less and less significant every year. And their lives began to change rapidly. Today, Japan has long forgotten the time when the country had a well-fed capital and periphery, where there is no “life,” like outside the Moscow Ring Road. The transition to high speeds not only made a great contribution to the development of the Japanese economy as a whole, but also ensured the involvement of virtually the entire population of the country in the new way of life. It is no coincidence that the famous Japanese economic breakthrough began in these years. It always requires mobilization of resources, and therefore mobility.

If we recall the history of the Stalinist breakthrough, we will see that in many respects it was provided with mass construction and modernization of roads. The consequence is a sharp increase in population mobility. 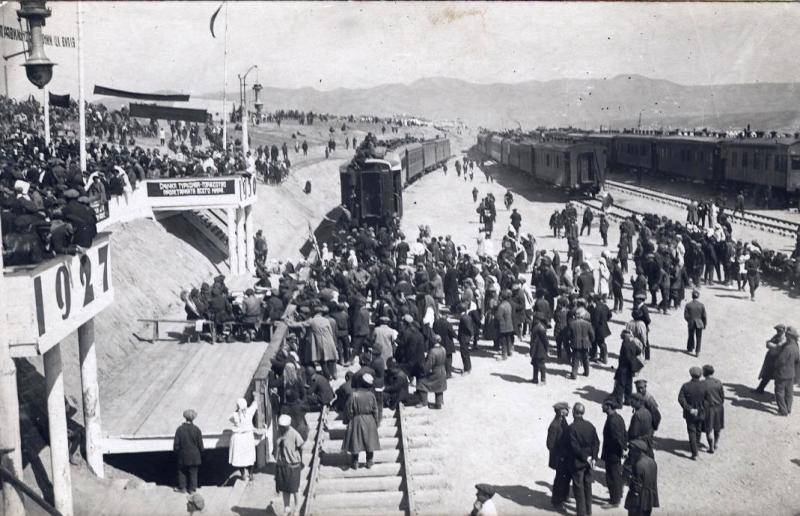 You can not make a breakthrough, using only the resources of 20-30% of the population or concentrating it to the maximum in one or several cities. As history has shown, in the first case there will be no breakthrough, and in the second we get a lot of social problems associated with overpopulation of some regions and desertion of others.

The rapid increase in population mobility (as we already see in local examples) will lead to a dramatic change in the quality of life of the population. Growing motivation and opportunities. Simple arithmetic tells us that from 150 million people, finding 1000 geniuses is easier than from 50 million.

Involving many times more people into a new way of life, we get a cumulative effect throughout the economy, as their combined creative and mental potentials will not only contribute to the linear growth of economic performance, but also, intersecting and complementing each other, will have a cumulative growth effect.

It will take another 10-15 years, and the first high-speed railways will be built in Russia. They will connect the main regions of the country and breathe new life throughout. From them, like the tentacles of an octopus, will appear a network of highways. Every year, an increasing part of the Russian population will be drawn into the new economic order and thus create an additional growth factor. You see, after twenty years, the high-speed road project from Moscow to Irkutsk costing some 22 billion dollars (in 2013 prices of the year) will become a reality. 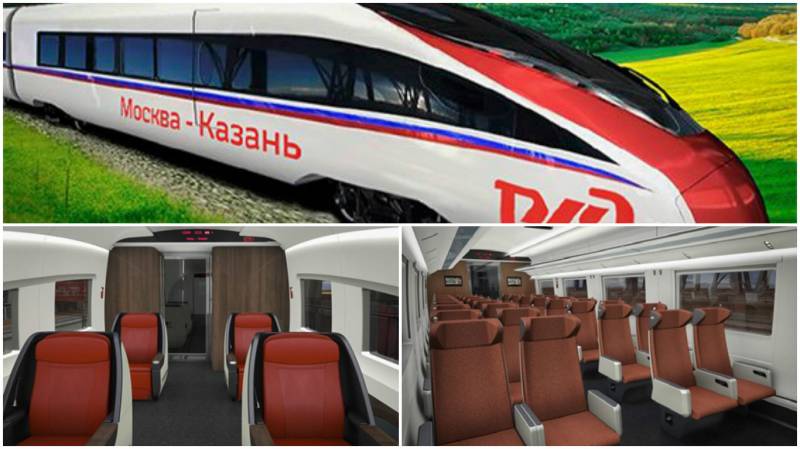 But by that time, no one else would be surprised by projects similar to the construction of the Eurasia transport corridor, which is likely to be built ten years earlier.

In the country, a new generation will grow up, which will study the history of the next big breakthrough in Russia. Say fiction? Look at the window, the foundation of this "fiction" is laid today ...