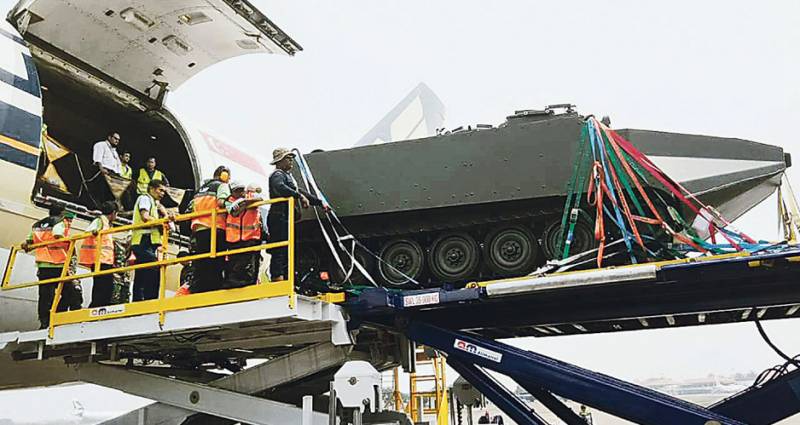 Indonesia is the largest island country in the world. Its Armed Forces are focused both on the fight against numerous separatist movements and on a possible classical war with an indefinite number of potential adversaries.

The Indonesian army is quite archaic, although the country's leadership is trying to modernize it by purchasing equipment from its own military-industrial complex and from major world manufacturers. weapons.

The ground forces have a very complex structure due to geography. The basis of the 12 military command areas. They include 9 infantry brigades and numerous separate battalions.

Naval Forces are provided with own ship-building base. In addition, a significant number of ships Indonesia receives from the former metropolis - Holland.

The Navy has German submarines Chakra (project 209 / 1300 - 2 pieces). The Nagapas-type submarine (209 / 1400 project) is still singular, but in the Republic of Korea two more are built under a German license.

"Tiger" does not survive

Indonesia has a unique geographical location. With a huge territory, it is located only on the islands, has an even larger water area and 240-million population. At the same time, within the country there is a mass of latent internal conflicts that regularly turn into an open form, for example, separatism in the province of Aceh. In addition, the country is located in a highly unstable region, where a wide variety of conflicts between states and their coalitions are possible.

The above features have very complex requirements for the armed forces of Indonesia. It is necessary, on the one hand, to keep large enough groups of ground forces on all major islands, and on the other hand, to have significant mobile forces for their operational support, if necessary. It is clear that mobility is ensured only by a large fleet of military transport aircraft and significant amphibious assault forces. To ensure their actions, as well as to protect the territory and water area, which has huge dimensions and length, very strong air forces and fleets are needed.

Formally, the Indonesian Armed Forces are impressive. But at the moment they categorically do not meet the above requirements. Ground forces and naval forces need a significant increase in the number of personnel and total rearmament, and the Air Force must be created almost from scratch.

Of course, first and foremost Indonesia requires long-range fighter jets. The ideal variant is Su-35, because the Air Force is already exploiting its “next of kin” - Su-27 and Su-30. Jakarta officially announced its intention to acquire 11 Su-35С, it remains only to find funds for this. There is information that a contract providing for a contract for the supply of Su-35 partially barter settlement will be signed before the end of the year (https://www.vpk-news.ru/news/39789).

Indonesia needs great attack helicopters. It is easiest to continue purchasing Mi-35P, although Apache is a very strong competitor. The European "Tiger" can hardly fight them.

The biggest uncertainty is the requests of the leadership of Indonesia. First, it is unclear what its financial resources are. The country had very large revenues from oil exports, though, and the costs for various goals are also very high, and hydrocarbons are now not as expensive as they were just four years ago. Secondly, it seems that there is no intelligible concept of military construction. Current purchases are somewhat chaotic in terms of the selection of types. The main thing is that it is not clear why the new equipment (with the exception of tanks) is acquired in such small quantities that it often deprives the supply of any meaning. These crumbs do not allow troops to solve real combat missions, but they make the loss of even one unit extremely painful from a military, financial and psychological point of view.
But in any case, the Indonesian arms market for all the reasons described above is very attractive and the struggle for it among all the major exporters of military equipment will soon inevitably become tougher.

Ctrl Enter
Noticed oshЫbku Highlight text and press. Ctrl + Enter
We are
Rat, which has nowhere to fightJuche Force
12 comments
Information
Dear reader, to leave comments on the publication, you must to register.