The National Interest: Using this trick, Russia and China will be able to defeat the US Air Force

November 16 2017
23
The American edition of The National Interest shows great interest in promising developments in the field of weapons and equipment created in Russia and China. This interest regularly leads to the appearance of curious materials, the authors of which try to analyze the available information, predict the future of the newest models and determine their influence on the situation. In some cases, such articles conclude with frightening conclusions.


The November 8 edition published an article by Dave Majumdar with the screaming title “Using this trick, Russia and China will be able to defeat the US Air Force.” The theme of the publication from the headings The Buzz and Security are the newest air-to-air missiles developed by the Russian and Chinese industry. As is clear from the title of the article, this weapon may be cause for concern of the American command.

The article begins with a rather bold thesis. D. Majumdar believes that the latest Russian and Chinese air-to-air missiles pose a serious threat to the US air force. They threaten critical elements of the Air Force, such as long-range radar detection and control aircraft, various reconnaissance vehicles, refueling aircraft, EW equipment carriers, etc. 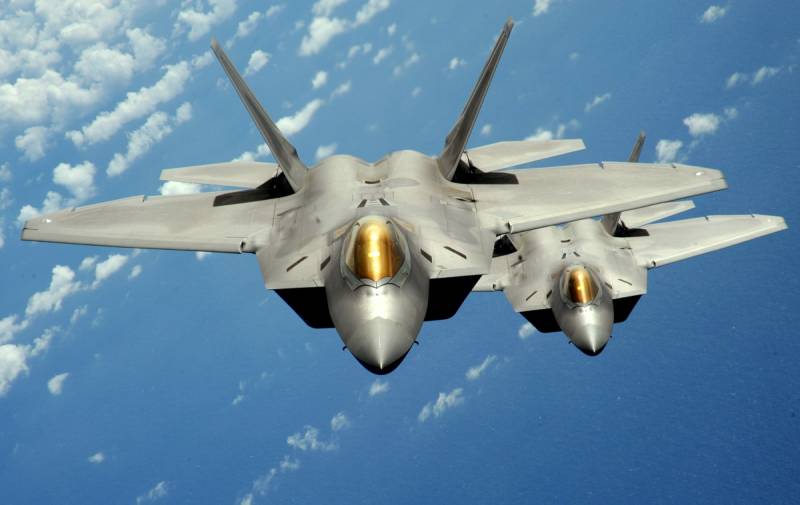 Air-to-air missiles are often underestimated, giving priority to land-based or ship-based systems. However, in a system like anti-access / area denial (A2 / AD), such a weapon can have significant potential. aviation long-range missiles can "cut the tendons" of the US Air Force in both the European and Asian-Pacific theater of operations.

In fact, the Russian MiG-31 or Su-57 / T-50 aircraft, as well as the Chinese Chengdu J-20, are capable of attacking American AWACS, JTARS, Boeing KC-135 or Pegasus vehicles. In the case of fighting over the Pacific Ocean - due to the small number and remoteness of airfields - refueling aircraft become a crucial element of the air force. Such weaknesses in the US Air Force could be used by Beijing.

At the moment, the author recalls, three promising long-range air-to-air missile projects are of interest. These are Russian missiles R-37M RVV-BD and KS-172 (aka K-100), developed by Vympel and NPO Novator, respectively, as well as the Chinese product PL-15.

According to reports, the P-37M rocket is currently being brought to a state of initial operational readiness and should be used together with MiG-31BM interceptors. In the future, the carriers of this weapon will be other Russian aircraft. The rocket is integrated into the armament complex of the Su-35С fighter and the newest T-50 / PAK FA. The missile, designated NATO AA-13 Arrow, allegedly coped with the interception of a conventional target at a range of 160 nautical miles (296 km).

Information on the current status of the P-37M project D. Majumdar received from the Chief Editor of the Russian edition of the Moscow Defense Brief Mikhail Barabanov. He noted that the actual modification of the RVV-BD missile is being mass-produced since 2014, and is already being delivered to the troops, where the development of a new weapon takes place.

The author recalls history family of missiles P-37. The first product of this line was developed during the USSR and was intended to attack critical air targets. With the help of such weapons it was planned to shoot down early warning aircraft, reconnaissance aircraft, air command posts, etc. The rocket was planned to be used with interceptors of the MiG-31 type, which could reach the range up to 2,35 miles (390 km) at a speed of the order of M = 720 and ensure the launch of the missiles. MiG-31 or subtle PAK FA with supersonic cruising flight speed are the ideal performers of such tasks. The speed and altitude of the flight to the launch line alone seriously impede the fight against them.

Researcher of the organization CNA Corporation, specializing in the Russian direction, Mike Kofmen recalls that the P-37 was developed to destroy the aircraft involved in the intelligence system. At the same time, such weapons were not intended solely for MiG-31 interceptors. In recent years, to supplement and replace the P-37, a new rocket has been developed under the designation KS-172 or K-100.

After the collapse of the Soviet Union, work on the development of P-37 rockets continued, although it slowed down seriously. The financing problems that occurred in the nineties led to the fact that the P-37 rocket was initially abandoned. Work on this project stopped in 1997 year in favor of the new rocket R-37М / РВВ-БД.

Due to the lack of official information, D. Majumdar suggests that the R-37M rocket will most likely be equipped with a combined control system. She will receive inertial guidance with the possibility of adjusting the course carrier, as well as an active radar head to detect and destroy targets. During a hypothetical conflict, the MiG-31BM aircraft will be able to carry out a high-speed spurt to the launch line and carry out missile firing. The aircraft will have to search for targets using the on-board radar Zaslon-M, which is also intended to be illuminated before the active homing missile is activated.

In addition to the homing head, a new type of missile can get protection systems from the enemy’s electronic warfare. A similar principle has already been implemented by American designers in the project of the guided AIM-120D AMRAAM aviation missile. Such equipment will allow the P-37M to protect against EW aircraft like the EA-18G Growler.

The Soviet command was well aware that one of the main advantages of the air forces of the United States and NATO are communications and control systems. The likely adversary had the opportunity to coordinate his actions using early warning and control aircraft, air command posts, etc. Given this, the USSR was studying the possibility of destroying AWACS aircraft and other priority objectives. In particular, the possibility of creating air-to-air missiles with a passive radar seeker was considered. As M. Barabanov points out, this concept was popular in the past, but was later found to be unpromising.

The RVV-BD rocket is a terrible weapon, and Moscow, meanwhile, is developing a new model of this class. NPO Novator is developing a KS-172 rocket, also known as K-100. It is assumed that the product P-37M will be able to destroy targets at distances up to 200 nautical miles (370 km), and the radius of the KS-172 will be a quarter more (250 miles or 463 km). M. Kofmen believes that the bar in 200 miles is too high for a RVV-BD rocket. At the same time, he believes that the KS-172 / K-100 product is indeed capable of showing similar characteristics.

However, it is not yet completely clear when the creation of this rocket will be completed and when serial products will go to the troops. There is some reason to believe that the draft COP-172 will be protracted, which is not destined to reach the desired final. M. Kofmen reminds that the organization-developer of the K-100 rocket was trying to find an investor in India. The expert believes that the project proposes a really good rocket, but he doubts that it is possible to successfully complete the work.

Doubts of an American specialist are shared by his Russian colleague. M. Barabanov, quoted by D. Majumdar, suggests that the project KS-172, most likely, was closed. He also doubts that work on this topic is still ongoing and believes that the customer and the industry have already abandoned such a rocket.

At present, China is also developing advanced long-range air-to-air missiles. It is known about the development of a project called PL-15. According to known data, such a rocket can be equipped with a ramjet jet engine and fly to a distance of 120 nautical miles (220 km). This rocket has already managed to scare the high-ranking commanders of the United States Air Force. Thus, the head of the combat command of the air force, General Herbert "Hawk" Carlisle called the promising Chinese missile one of the main prerequisites for the need to create another modification of his own product AIM-120 AMRAAM.

Last year, speaking at the Center for Strategic and International Studies, General Carlisle raised a number of serious questions in the context of the new Chinese rocket: what can be done with the current threat and how to counter it? Later in an interview with Flightglobal, the general outlined the “opposition” to the PL-15 rocket as an extraordinary priority task. Due to the high range of this missile, American troops should be able to fight it.

Dave Majumdar denotes the essence of the situation. Chinese J-20 aircraft with PL-15 long-range missiles will be able to attack American AWACS aircraft and air tankers, which are key elements of the grouping of troops in the battle over the Pacific Ocean. The RAND organization’s 2008 documents contain a calculation showing the importance of tanker aircraft. Taking off from the air base on about. Guam and performing combat missions on Fr. Taiwan, F-22 fighters need active support from tankers. Every hour, three or four tankers should take off from Guam, which will allow 2,6 million gallons (about 9,8 million liters) of front-line aviation to deliver fuel. Apparently, Beijing took note of this information.

The author of The National Interest believes that the characteristics of the Chengdu J-20 fighter are far from ideal, and it has limited capabilities. At the same time, such a machine can have full compatibility with large and heavy long-range missiles located in the internal cargo compartments. The reduced effective scattering area, supersonic flight speed and ammunition of PL-15 missiles give the fighter significant combat potential. In such a configuration, it can indeed be a danger to US aircraft involved in intelligence and control systems.

The already mentioned RAND report cited the possible consequences of the use of long-range air-to-air missiles in hypothetical battles over the Pacific Ocean. During the simulation of an air battle, the Chinese versions of the Soviet / Russian Su-27 fighter, armed with long-range missiles, successfully destroyed a tanker aircraft, air command center, reconnaissance aircraft and a patrol car.

The United States Air Force took into account the specifics of the deployment of its bases, and also developed reliable logistic schemes. All this helps reduce the risks associated with China's A2 / AD capabilities in the Asia-Pacific region. However, it seems that the Pentagon has not developed a plan for the protection of its air "objects" in the face of aircraft of various purposes, which solve key tasks.

The only visible response to such threats at the moment, as D. Majumdar believes, is to divert important sides beyond the effective range of ranges of Chinese weapons. However, a direct consequence of this will be a reduction in the range of its own tactical aviation. As a result, the US Air Force will lose the possibility of striking deep into the territories of the likely enemy.

Dave Majumdar concludes his article with not the most positive and optimistic conclusions. Taking into account the available information, he assumes that the current situation is associated with serious problems for the United States. The creation and deployment of new Russian and Chinese air-to-air missiles, distinguished by their long range, including their placement on fifth-generation fighters, can create serious problems for the Pentagon. Such challenges will remain relevant over the next few years.


The article “Russia and China
http://nationalinterest.org/blog/the-buzz/russia-china-could-crush-the-us-air-force-war-using-trick-23104

Ctrl Enter
Noticed oshЫbku Highlight text and press. Ctrl + Enter
We are
About the future of underwater roboticsThe National Interest: how Russia or China will be able to crush the American F-35 and F-22
Military Reviewin Yandex News
Military Reviewin Google News
23 comments
Information
Dear reader, to leave comments on the publication, you must to register.