IDF showed the destruction of the apartment, previously owned by a terrorist

November 15 2017
180
Israeli media again gives reason to talk about the effectiveness of the destruction of apartments and houses of relatives of those convicted of terrorism or eliminated during a special operation. For example, in the Beit Surik settlement, the Israel Defense Forces forces, supported by border guard units, dismantled the house in which a man named Mahmoud Ahmad Jamal had previously lived.


Jamal committed a terrorist act in September of this year in the village of Ar-Ardar, when, using the Browning pistol that had been previously stolen, he opened fire on Israeli security forces. Then three Israelis became victims of the attack. This is frontier fighter Solomon Gavriya (20 years), 25-year-old Or Arish, who also represented the copro-police, and 25-year-old Yusef Othman, who worked in the security structures of one of the sites.

Портал News.ru (Israel) publishes a video distributed by the country's army of defense. The video shows the operation to destroy the housing that previously belonged to Jamal. It is not reported whether there were other co-owners at the house. Apparently - yes.

The video shows how servicemen lay punctate charges, drilling holes in the walls of a house. Neighboring apartments are fenced off with sandbags. The operation to undermine the apartment of a terrorist in an apartment building is removed even from the drone.

In Israel, the destruction of the homes of representatives of terrorist groups is considered an effective anti-terrorism measure. 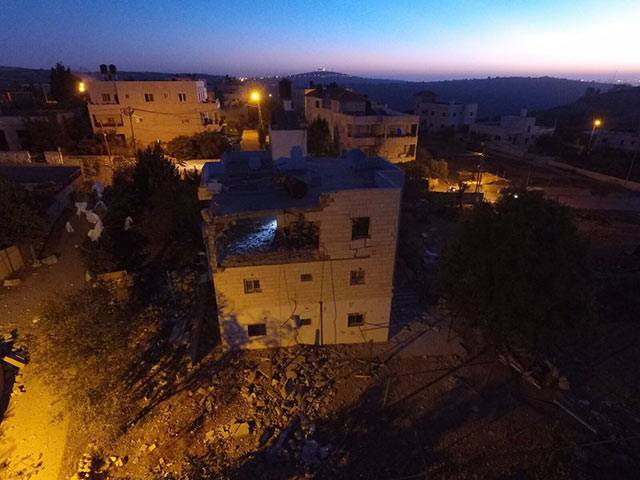 Ctrl Enter
Noticed oshЫbku Highlight text and press. Ctrl + Enter
We are
Syria 28.12.2012 NewsThe Ministry of Defense became the creator of the army of the homeless
Military Reviewin Yandex News
Military Reviewin Google News
180 comments
Information
Dear reader, to leave comments on the publication, you must to register.