November 15 2017
153
Israel is ready to act alone to not allow Iran to get nuclear weapon and turn Syria into its military base. This was stated by Israeli Prime Minister Benjamin Netanyahu, reports The Jerusalem Post.


Speaking to the participants of the General Assembly of the Jewish communities of North America, he accused Tehran of trying to use the Syrian conflict to gain a foothold on the borders of Israel. 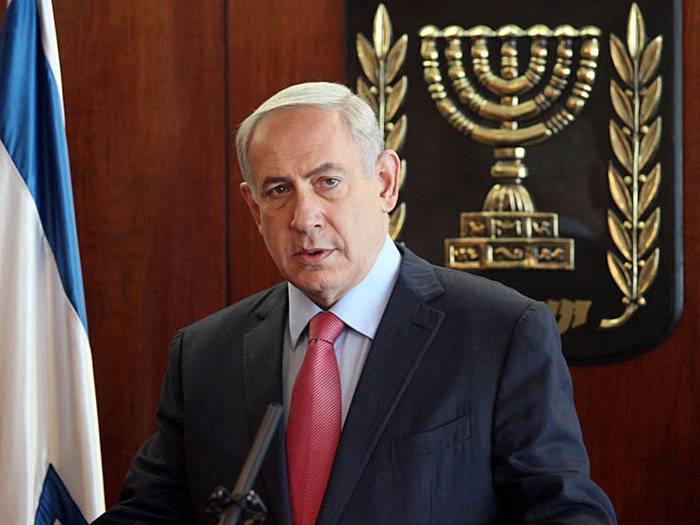 According to Netanyahu, Iran is “weaving intrigues” to establish itself militarily in Syria:

They seek a permanent air, ground and maritime military presence in order to use Syria as a base for the destruction of Israel

He urged the world community to collectively repel "Iranian aggression."

Iran will not get nuclear weapons, it will not turn Syria into a military springboard against Israel
Said the Israeli prime minister. He also praised US President Donald Trump for his willingness to renegotiate a nuclear deal with Iran.

Agreement on the nuclear program Iran and the six international intermediaries signed 14 July 2015. A joint action plan was adopted, the implementation of which removes economic and financial sanctions from Iran from the UN, the United States and the European Union. The plan began to operate on January 16 2016, reports "Lenta.ru"

Ctrl Enter
Noticed oshЫbku Highlight text and press. Ctrl + Enter
We are
Is Trump's “Puppeteer” registered in Israel?Israeli Prime Minister told about the agreements with Russia on Syria at the level of the armed forces
153 comments
Information
Dear reader, to leave comments on the publication, you must to register.