November 15 2017
52
Russia supplied the Iskander-E missile system to one of the countries from the Middle East and North Africa region, an official representative of the Federal Service for Military-Technical Cooperation (FSMTC) of Russia said on Wednesday. 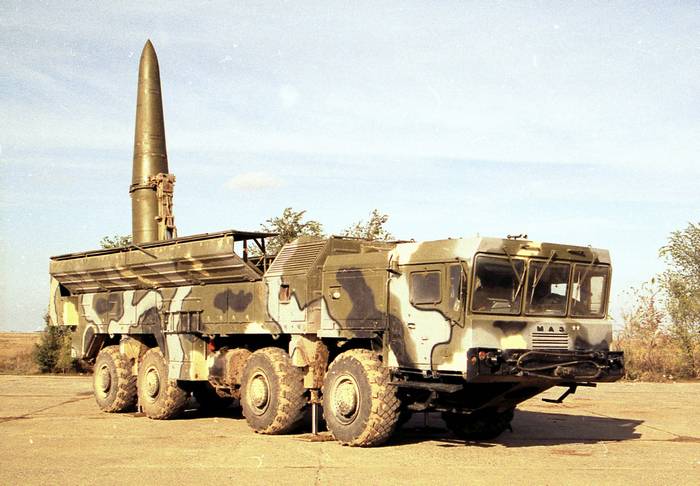 Until today, the only state in service with which, according to confirmed data, Iskanders are, is Armenia.

OTRK "Iskander-E" is a modern high-precision weaponsbest-selling with our foreign partners. This year we put the complex in one of the countries of the region
- he said, answering the question whether the contract with one of the states of the Middle East and North Africa was actually signed for the purchase of Iskander-E, while the country itself was not named.

The Iskander OTRK is designed for covertly preparing and delivering high-precision rocket attacks on various targets in operational tactical depth with a guaranteed range of destruction from 50 to 500 kilometers, in various theaters of military operations, in any conditions, including with active countering by the enemy with anti-missile weapons. defense and electronic warfare RIA News