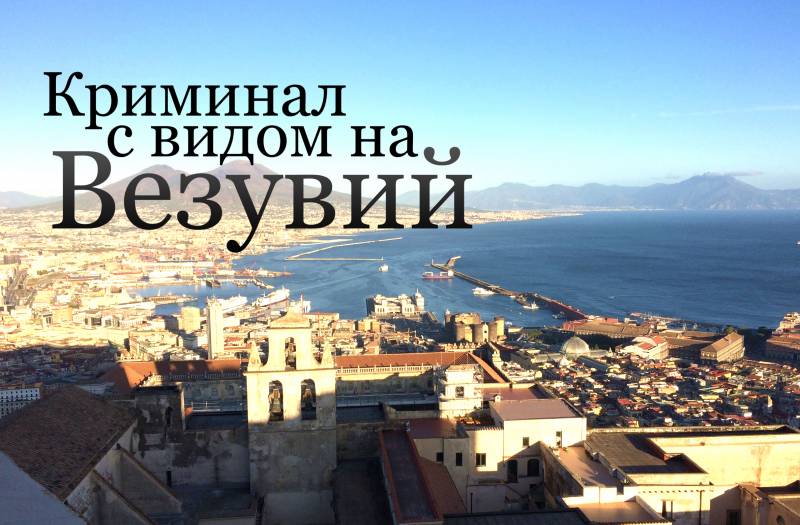 Large trash heaps in several layers cover the beautiful streets of Naples. Ordinary people in medical and building masks are trying to "organize" these layers into a single fetid mountain. Children go to school by rotting waste, pushed aside by local residents on opposite sides of the roadway. On the trash rush trying to move the car. Garbage trucks seemed to have disappeared from the city. It seems that everyone who was related to power was taken out of Naples. To an unwitting witness it may seem that the city is rotting alive ...

I want to warn you right away: this is not a disaster movie script. This is quite common in Italy, and especially Naples, a phenomenon. There will be many more describing such phenomena that are frightening with their surrealism. Described at the beginning - the so-called junk wars. They are conducted between the mafia and the government, and in fact, between the mafia and the townspeople. Structures controlled by the Neapolitan mafia are engaged in the disposal of MSW. It is called simply and sonorous - Camorra. The garbage warfare begins with the fact that the Camorists unexpectedly inform the municipality of the increase in the cost of garbage collection. And while the executive authority holds hearings on which new rates are agreed, and the process is not fast, the streets of the city are covered with garbage mountains. And when the centuries-old paving stones are abundantly saturated with humus, and the coordination process comes to an end, out of nowhere, columns of garbage trucks appear and in a few days they collect garbage from the streets. 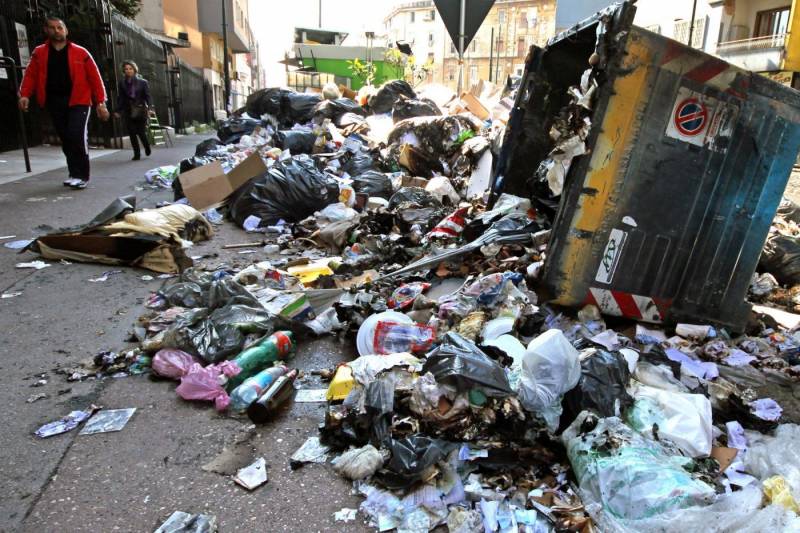 Most of all, not the Italians during the garbage wars period are surprised not by the scale of the garbage apocalypse, but by the reaction of the locals to this problem. For them, it is a routine, habit, norm. Respect for the dons and bosses of Camorra in society is so great that any insanity organized by the mafia is taken for granted.

When I asked about the owner of the apartment in Camorra on Piazza del Plibichito, which he had been shooting for several days, he replied very evasively. And to the question “What is Camorra?” He replied: “Everything is around - this is Camorra!”, And then began to shirk, referring to the fact that he does not go to bad areas, and generally works as a clerk. As I later found out, Neapolitans do not discuss such personal issues with visitors.

The world learned about Camorra in 2006, when the young Neapolitan journalist Roberto Saviano wrote an amazing book called Gomorrah. The title sounds almost like Camorra, while referring the reader to Sodom and Gomorrah. In this book Savigno told about the affairs of Camorra, presenting to the world (the book is translated into 42 language) a shadow organization controlling the whole Campania region. Camorra's unexpected public presentation did not please her leaders, and one of them delivered a death sentence to the author of the book who violated the traditional law of silence “omerta”. Saviano had to ask for help from the state and from 2006, he began to live in the barracks under the guise of a whole part of the Carabinieri. 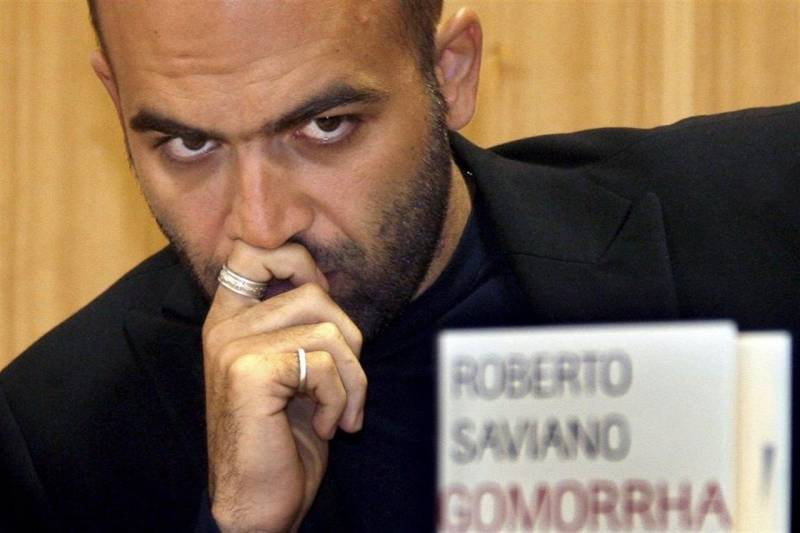 What is so zealous journalist exposed, for which you can cut off his head? To tell the truth, cut off the head, shoot, drown, blow up - for the Neapolitan reality is quite ordinary phenomena. History Savyano differs only in that it began to develop in a public field. So, Roberto Saviano, in his book “Gomorrah”, based on his many years of investigations and observations, told about who and how in Naples is engaged in the importation and sale of drugs, racketeering, the organization of prostitution, smuggling of goods through the Neapolitan port, contract killings, removal of MSW, disposal of toxic waste. And how all these activities are tied with the Italian government and the world organized crime.

The “highlight” of the book was the real story that took place over several decades in the north of Naples, in the town of Acerra, where the author came from. There, Camorra illegally disposes of chemical waste from all over Europe on 1 euros per kilogram. It happens like this.

The firms controlled by the mafia take in a short-term lease plots of land on which pits with a depth of 5-10 meters are dug. Through the seaport of Naples under the guise of consumer goods transported barrels of waste. Trucks are being taken to Acherra. They are laid in the excavated trenches and covered with earth, leveling the level of the site. All recycling is complete.

The liquids that are in the barrels eventually get into the soil, destroying both it and everything that is grown on it by poor farmers, who live mainly from subsistence farming. That is why, according to all international standards, such chemicals need to be buried to a depth of 120 meters or more, otherwise - an environmental disaster. It is proved that in the lands of Acerra the concentration of toxins and carcinogens exceeds the norm hundreds of thousands of times. The local population is at times more often the rest of Campania suffers from cancer, leukemia, baldness, children are born with genetic abnormalities. Animals grazing on pasture land recycling, simply rot. No wonder the locals, the descendants of Dante, who are able to formulate life in poetic phrases, called the north of Naples the “triangle of death”, one of the peaks of which is the town Acherra. 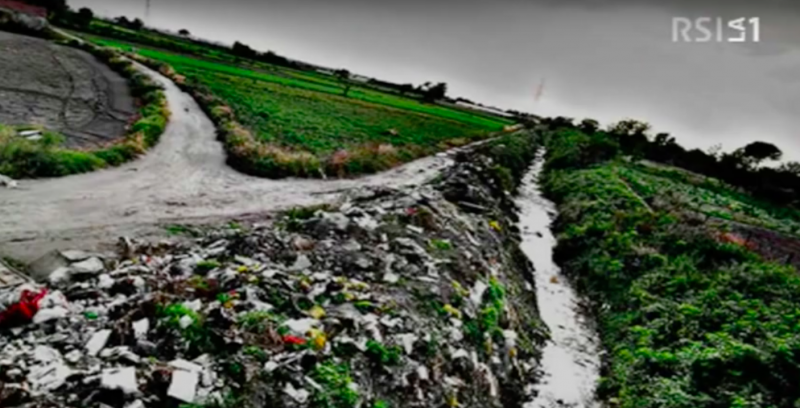 Which international environmental organizations are alarmed about this, you ask? No one. For the municipality there is no problem. No one risks getting a bullet at a crossroads.

Remember how in the great series about Corrado Katani "Sprut" the mafia "cleaned" the disagreeable? At a traffic light, a motor scooter with two riders drove up to the victim’s car and one of them from the Uzi was releasing the whole clip around the car. The victim died in a riddled car, and the young people in toned helmets hid with impunity. It is practiced now. And, again, this is not surprising society.

I managed to find out about another aspect of Camorra’s smuggling. This is real art.

Naples is primarily a seaport. Beautiful Neapolitan Gulf with a calm Tyrrhenian Sea, the bottom of which is covered with black volcanic sand. On a smooth bend of the sandy coastline is the port, part of which belongs to the Chinese transnational container company "Cosco".

Imagine how, on a warm September morning, through the haze of breeze, an enormous cargo ship enters the port, forced into several floors by sea containers. Thousands of twenty-foot metal boxes with numbered sides undergo the procedure of customs clearance. As in the song about smugglers, “the three border guards are a thief on patrol,” so is the customs in the Neapolitan port under the supervision of the thieves from Camorra. There is one secret of container clearance. For example, customs officers check container number XXUMX, the process is successful, customs gives the go-ahead, everything is quite official. But such containers at number nine on the ship 9 pieces. Thus, customers, having cleared one container, 10 others import into Europe duty free. Dexterously? Masterfully! 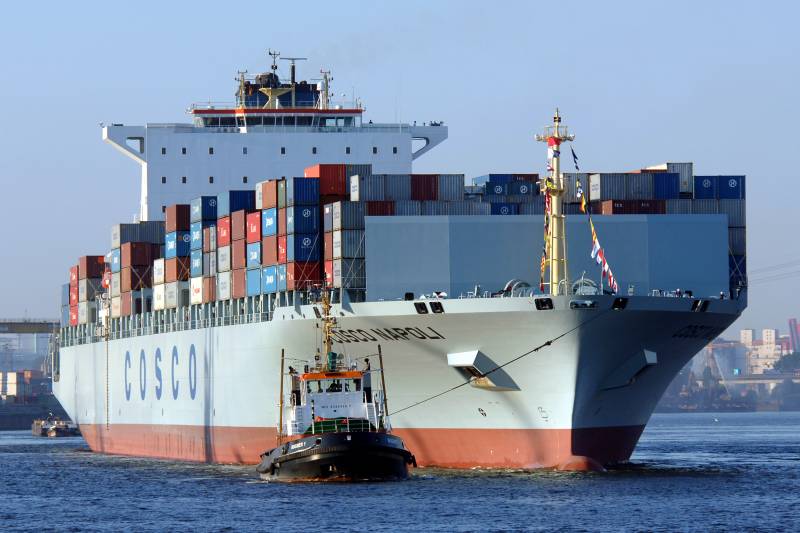 Thus, an enormous amount of gray goods gets to Europe. Similarly, drugs are being brought to Europe. Naples has the function of a “hub” standing on the silk roads of competitive products.

As the locals say, there is not a single item in Naples that is not imported through the port. China and Naples are more closely connected than you can imagine. The turnover of the port of Naples alone is 20% of the total cost of imported Chinese fabrics, and if we take it in terms of production, more than 70% comes from here. Almost all goods arriving at the port are Chinese, 1,6 million tons. Unpaid taxes from hoax during customs clearance 200 million euros. Business, I think, is profitable. Insolence rolls over. The trade in smuggled goods starts right at the gates of the port - pieces of cloth are spread out on the ground and women's bags, caps and clothing are laid out. And so on all the tourist streets of the city. Sellers are mostly Africans. Work is for everyone who wants to work. 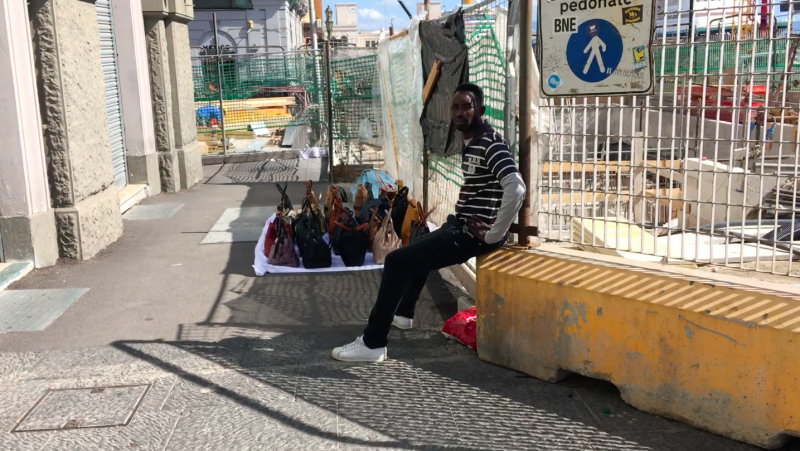 Is power struggling with Camorra's smuggling corridors? We can say that fights. But rarely. The reason is the deep integration of Camorra into the state. Simply put, they catch those who are beginning to bring less. All society, including the representatives of the law, is imbued with respect for Camorra. The phenomenon of Camorra is that this is the mafia of the people. Unlike the Sicilian mafia, the “Cosa Nostra”, which covered the society like a dome, the mafia is elite, and in Naples it’s popular. In the next article we will talk in detail about the features and structure of the organization.

The drama of the Camorra phenomenon lies in the fact that all this socially endorsed going wild law occurs at the foot of the handsome Vesuvius, exactly the same place where in 79 this handsome man burned in his lava 2000 inhabitants of Pompeii. Believers believe that Pompeii paid with their lives for their depraved way of being. In this vein, the name of Roberto Saviano’s book “Gomorrah” is very symbolic. The warped society of Naples, in which the thirst for profit won out over love and respect for life, is approaching in its stratification to the level of the inhabitants of Pompeii. Vesuvius simply has no choice ...

Ctrl Enter
Noticed oshЫbku Highlight text and press. Ctrl + Enter
We are
Reports from the militia of New Russia for 27-28 September 2014 of the yearResults of the week. "Well, do not change me because of every idiot!"
Military Reviewin Yandex News
Military Reviewin Google News
16 comments
Information
Dear reader, to leave comments on the publication, you must to register.