November 15 2017
42
This week the EU member states signed an interesting agreement: on paper, the continuous cooperation of the united European countries in the defense sphere was confirmed. It is about creating a unified army in Europe, which, among other things, has the task of confronting the “Russian threat”. Tremble, Moscow! 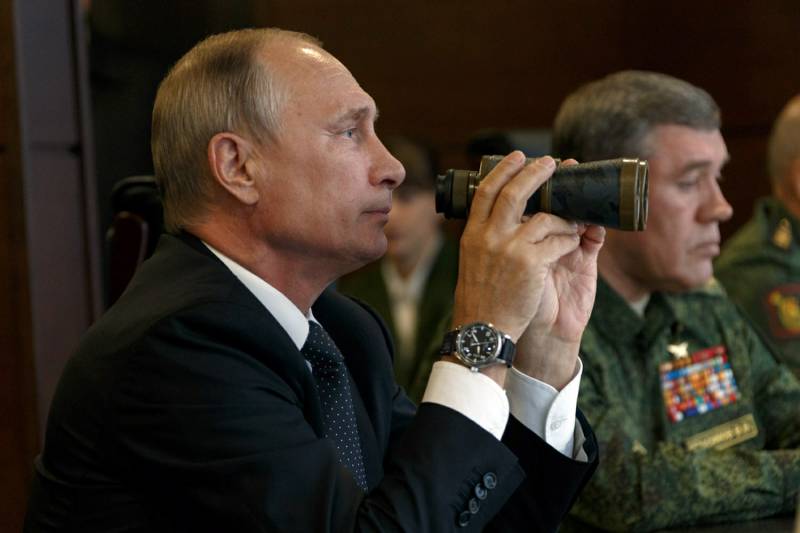 This topic has become one of the key topics of the week in the largest European and American media. This is indicated by the main NATO officer, Jens Stoltenberg, and the leading person of European diplomacy, Federica Mogherini, and other high-ranking officials and diplomats.

The European Union has taken an important step towards ensuring its defense capability: 23 from 28 member states have signed a joint investment program in military equipment, as well as relevant research and development, reports "New York Times".

The goal of the initiative is to jointly develop the European military capabilities and provide unified armed forces for “individual” operations or operations “in coordination with NATO”. Europe’s efforts are also aimed at “overcoming the fragmentation” of European defense spending and at promoting joint projects that reduce duplication of functions.

At the signing ceremony in Brussels, the head of European foreign policy, Federica Mogherini, called the deal “historical moment in defending Europe. ”

Jean-Yves Le Drian, the French foreign minister and former defense minister, said the agreement was a “country commitment” aimed at “improving collaboration”. He noted that there is “tension” in Europe caused by “more aggressive” behavior of Russia “after the annexation of the Crimea”. In addition, there is the threat of terrorist attacks of Islamist militants.

European leaders lamented the lack of enthusiasm for US President Donald Trump with respect to NATO and other multilateral institutions. Apparently, the newspaper notes, the audience decided, as German Chancellor Angela Merkel said in May, that the “era” had come, in which Europeans will have to rely on themselves and not rely on someone. And therefore, according to Merkel, "we Europeans really have to take our destiny in our hands." True, Ms. Merkel added that European coordination should still be carried out in partnership with the United States and the United Kingdom. It is interesting that the UK, the author of the material reminds, “has blocked such cooperation for many years”, fearing that the creation of a European army would undermine NATO and the partnership of London with Washington. Britain instead advocated "for a bilateral agreement with France."

However, the UK not so long ago voted for secession from the European Union. And after Brexit, other countries, especially the aforementioned France, as well as Germany, Italy and Spain, decided to revive the long-standing idea of ​​military cooperation. Such an idea was a way for them to show the citizens of their countries that Brussels "is able to respond to fears about security and terrorism."

As for France alone, Paris spoke in favor of participating in a new alliance of a smaller group of countries - those that could bear serious expenses for military equipment and other defense capabilities that Europe lacks "outside NATO". However, Berlin "spoke for a larger club."

The German point of view, as often happens, won, states the American newspaper.

The Brussels agreement on “permanent structured cooperation” (permanent structure cooperation, Pesco) is expected to be formalized by European leaders at the summit. It will take place in mid-December 2017. But it is already clear today that with so many votes in favor, approval seems like a mere formality. Everything has been decided.

It is curious that NATO supports these European efforts: after all, European leaders declare that their intentions are not to undermine the defense capability of the current alliance, but to more effective European actions against, for example, cyber attacks or a hybrid war like the one that the Russians staged in Crimea, in the material.

The countries of Europe will present a plan of action in which they will set forth their defense military goals and methods for monitoring their implementation. To purchase weapons, states will take money from the European Union fund. The amount is also determined: about 5 billion euros, or 5,8 billion dollars. One more special fund will be involved “for financing operations”.

The obvious goal is to increase military spending to “strengthen the strategic independence of the EU”. The European Union can act alone, when necessary, and with partners, when it is possible, noted in the Brussels statement.

The program also aims to reduce the number of different weapon systems in Europe and to promote regional military integration, for example, in the field of naval cooperation between Belgium and the Netherlands.

The article also refers to members of the European Union who have not signed the new military agreement. These are Great Britain, Denmark, Ireland, Malta and Portugal.

In Germany, the new military agreement, of course, was greeted positively by the leading press.

According to «Tagesspiegel»Europe today does not have a common strategy. And 23 EU states want to "cooperate more militarily." In an article by Anna Sauerbrey, such cooperation is called a “good temporary solution.”

The Pesco program is called “very important.” And it’s not for nothing that we are talking about a “defense alliance.” Such an approach “shows the new pragmatism of the European integration policy”. The fact is that there is “enormous” external “pressure”, which leads to the above closer cooperation of Europeans in the security policy.

Among those who “put pressure” on the EU, specific foreign politicians are named: “geopolitical” pressure is exerted by Putin, and simply “political” by Donald Trump.

In addition, the new military association is a “quite pragmatic” alliance: the EU states should save money, but billions go to military cooperation, as evidenced by the research, including the scientific service of the European Parliament. Since the EU countries in the current period “have to save”, the level of investment in defense is rather low, and due to the fact that it is low, in many small countries, in fact, there is no defense industry of its own. Procurement technology is inefficient, and defense spending in all EU countries is the second largest in the world. And where is this European power?

At the same time, the Baltic countries are "particularly concerned about the threat from Russia", and Europeans from the south "are giving priority attention to stability in North Africa" ​​(due to migrants). In June 2016, the Global Strategy for Foreign and Security Policy, prepared by EU High Representative Federica Mogherini, was developed, but this document does not have binding legal force and only defines “common goals” such as fighting cyber attacks.

Pesco gives a pragmatic and even apolitical approach. This agreement, the author believes, is a “smart way out” of the dilemma of “practical needs and strategic differences”. The cooperation is “modular”, since all EU countries are not obliged to participate in it. And not all states that agree with Pesco should be involved in all of its projects.

The document continues the previous line of Europe in its security policy. According to Anna Sauerbrey, the “big European army” should not arise: instead, the military “network” of European friends will operate.

The signed document gives another clear impression: its developers have tried to avoid the "declaration of European independence from the United States." NATO’s commitment to the text is “repeated many times.”

“This is clever,” the journalist said. Pesco is a good solution at the moment. In the long run, however, the agreement should still stand aside "from the overall political strategy."

By the way, let us add to this, one of the heralds of the new “defense” project was the young French president Macron. Speaking at the Sorbonne, he said that after 10 years, Europe would receive "a common military force, a joint defense budget and a common doctrine for [defense] actions."

The statement is curious by the fact that Emmanuel Macron seemed to dissociate himself from those experts who deny the creation of a separate army by Europe. Macron is an excellent speaker who speaks unequivocally and definitely, and he made it clear that what lies ahead is the creation by the European Union of a common military force, and not some local addition to NATO. As for ten years, this number is also curious: it is exactly two terms of presidential rule in France.

Ctrl Enter
Noticed oshЫbku Highlight text and press. Ctrl + Enter
We are
Mogherini: "I am in Moscow - it means that relations between the EU and Russia are not frozen"Mogherini said that instead of plans to join the EU, Ukraine should focus on solving domestic problems.
Military Reviewin Yandex News
Military Reviewin Google News
42 comments
Information
Dear reader, to leave comments on the publication, you must sign in.