November 15 2017
19
Operation "Bear" is the most successful operation of Kostroma and Yaroslavl security officers during the Great Patriotic War. For many decades, information about her was classified. Only after 65 years after the start of this operation in the management of the FSB in the Kostroma region, they shared with the "Kostroma People's Newspaper" materials and documents about the amazing events of 1943 of the year. As part of this operation, more than a dozen German agents were arrested, many were seized weapons, a huge amount of misinformation was transferred, and the work of German intelligence in the region was completely paralyzed.


This история begins in 1939, when a 23-year-old teacher of an evening school in the Soligalichsky district, Alexander Vasnetsov (surname has been changed), was drafted into the ranks of the Red Army. In the army, he learned to be a radio operator and received the rank of junior sergeant, hitting the 23rd tank division. On August 9, 1941, in the battles in Ukraine, he was captured by the Germans, the tank in which Alexander was located was knocked out, and everyone who was in it was immediately “knocked out”. So he ended up in German captivity - first in a collection point for Soviet prisoners of war, then in a concentration camp. The conditions of detention in them for Soviet prisoners of war were simply monstrous, while the Nazis were processing captured Red Army soldiers, primarily those who had some kind of military skills and specialties, they were also interested in those who lived in the northeastern territories of Central Russia ...

To the prisoners of war who agreed to cooperate with them, the Hitlerites promised “the golden mountains”, although the latter had enough of the fact that they were better fed and provided a much more free regime of detention. Many prisoners were offered to become saboteurs and spies, sending them to the training for further transfer to the Soviet rear. The ability to handle radio stations, explosives, shooting from various types of weapons, orientation to the terrain - all this was taught to future saboteurs. Preparation was carried out in special schools of the organization "Zeppelin" (Unternehmen Zeppelin). It was in one of the special schools of this organization and the junior sergeant of the Red Army Alexander Vasnetsov.

This organization, which was a reconnaissance and sabotage body of Hitler's Germany, was created in March 1942 in the structure of the VI Administration of the RSHA for work in the Soviet rear. Zeppellin was assigned the tasks of sabotage and terrorist activities, political intelligence and the organization of separatist national movements in the Soviet rear. In the spring of 1942, the organization Zeppelin was created with army groups operating on the Soviet-German front 4 of the zander team, whose functions included: working with Soviet prisoners of war - selecting candidates for future agents, and asking for intelligence gathering about the domestic political situation The Soviet Union; collection of Soviet documents, uniforms and other materials to ensure their agents; sending selected prisoners of war to training camps of the organization, in some cases, on-site training; transfer of trained agents to the Soviet rear through the front line. In the spring of 1943, with the aim of concentrating the forces, instead of four sonder commands, two “main teams” were formed, called Russland Nord (Russia - North) and Russland Süd (Russia - South). Representatives of the Nord team will be led by the nose for two years by the NKVD officers from Soligalich.

Aleksandra Vasnetsov as part of a group of three people (all former Soviet military) were to be thrown into the Yaroslavl region, which at that time included the Soligalichsky district (today Kostroma region). The group received the code name "Bear." In the Soviet rear, the group was supposed to legalize and begin work, informing the Zeppelin organization about people's moods, carrying out sabotage — blowing up bridges and conducting actions of intimidating the population. They were also required to monitor and report on the movement of the Soviet troops, to clarify topographic maps, to involve in cooperation all persons who were dissatisfied with the current Soviet government. Regarding the chances of success for the group, the Germans, most likely, did not flatter themselves - most of these groups failed.

18 March 1943 German aircraft dropped the German reconnaissance and sabotage group Medved in the Soligalichsky district of the Yaroslavl region. The saboteurs had a lot of prepared Soviet documents: military tickets, identification cards, letterheads, stamps, food and clothing, a radio transmitter and about 117 thousand rubles in cash (the list of everything that happened to the saboteurs takes more than a page in small print). The saboteurs' first task was to blow up a bridge over the Chelsma river near the city of Galich. 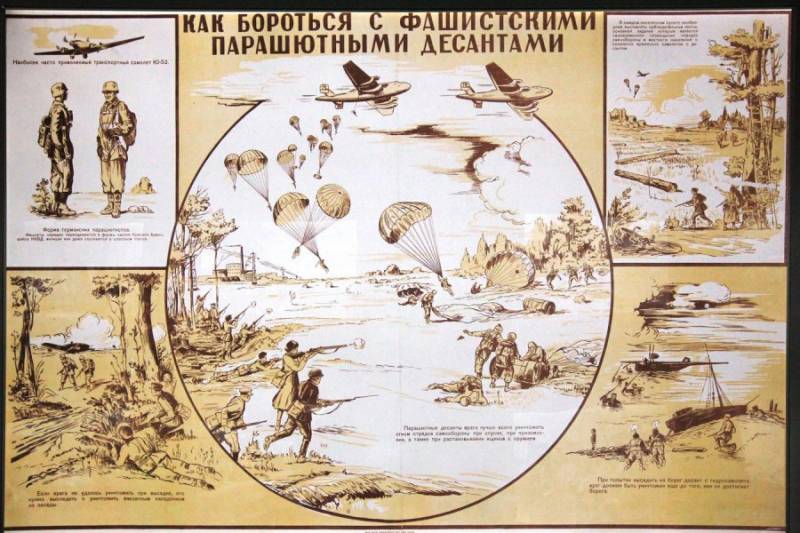 Almost immediately after landing, the saboteurs buried the weapons and equipment issued to them and skidded over deep snow in 40 kilometers to the city of Soligalich, showing up at the local RSND in all its glory. A few hours later, the security officers had already examined the stocks of the group dropped to them: a double-barreled hunting rifle, 6 revolvers, two hand grenades, bread, chocolate, saccharin, sweets, 200 order of various documents, bundles of money - a rich catch.

Back in the German special school, all the group members agreed among themselves that after landing they would surrender to the Soviet internal affairs agencies, telling them everything. They understood what the attitude towards them might be, but they consciously took risks, counting on leniency in the voluntary surrender and disclosure of all the information known to them. All three members of the "Bear" group were prosecuted, they were interrogated for 8 hours. In the end, after consulting with Moscow colleagues (saboteurs were even taken to Moscow for a while, they were kept in Butyrka), it was decided to use them for a radio game with German intelligence and transmitting disinformation.

Some time after landing, the Zeppelin-Nord management received the first radiogram from the Bear - the landing was successful, the information received was carefully analyzed, it was determined that the radiogram was sent by the group. In the future, messages from the "Bear" began to go regularly. The group reported to the Germans that it allegedly managed to disperse among the various localities of the district, successfully recruiting elements dissatisfied with the Soviet power, and also liaising with local gangs and sabotage groups that were hiding in the woods, recruiting the manager of one of the local forest sites. The incoming information was so diverse and extensive that the Nazis decided to send another group of saboteurs to the aid of the Bear. 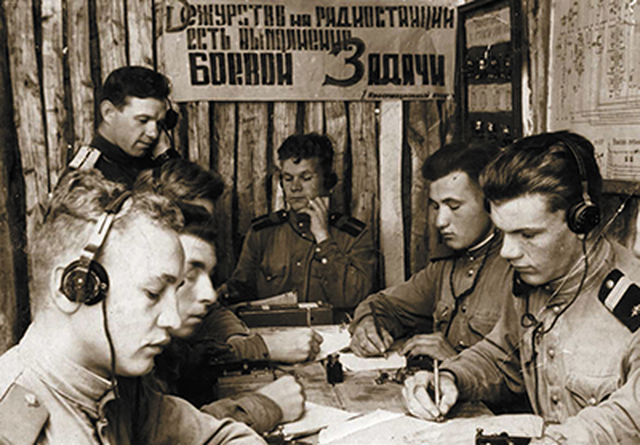 All radiograms, of course, carefully prepared by the NKVD. The Chekists thought through the smallest details, and also conducted interrogations of the detained group members in order to find out the maximum amount of details and all the useful information. At the same time, they transmitted information that was reliable, but did not represent any value and, moreover, was not secret. Accidental fires (for example, a burnt stable) were issued for arson, an accident (an old wooden bridge collapsed) for sabotage that was successfully carried out, and state security officers who died in clashes with bandits and deserters.

In the same 1943 year, all members of the group were sentenced by the military tribune for 5 years of imprisonment, a rather humane punishment by the standards of that period and wartime. To carry out the operations, the participants of the “Medved” were taken out under full control, after which they were again returned under arrest. So they were often taken to the frontline zone to participate in activities aimed at identifying abandoned Abwehr agents. A new group of saboteurs, which was dropped in the Soligalichsky district in the summer of 1943, was arrested as a result of a successful radio game from opponents. At the same time, the SS navigator headed by Russland Nord, Kraus, received completely different information - the meeting with the Medved was successful, both groups were able to set up a core network in the cities and set up a base in the forest. At the same time, the security officers tried to play the game with the enemy with extreme caution, not letting them feel the falsehood and deception. They were also afraid of obsessions. To give more naturalness, the radio sometimes “went out of order”, the group had some unforeseen situations, the connection with it was lost for a while.

The work of the Medved group in the Soviet rear was considered successful, and its activities were reported personally to the SS chief Gimler. In this case, the SS navigator Kraus received from the command awards and congratulations. In Germany, the group and agents had high hopes during the future German offensive, which all was not and was not. In 1944, the German armies were retreating on all fronts. Despite this, by the end of the summer of 1944, Zeppelin-Nord had dropped two more groups of its agents to the rear, all of them immediately fell into the hands of Soviet security officers. At the same time, Kraus still had some doubts, but not with regard to the “Bear” group. It turned out that two agents from the second group dropped, while still in the intelligence school, agreed that they would try to surrender upon landing. As a result, the center “Medvedy” was instructed to eliminate the “traitors”. In response, the Bears radiogram reported on the execution of the order from the center. In early February 1945, the Germans dropped another group to help the Bears. In Berlin, they made a huge stake on the activities of saboteurs, even on the verge of the death of the entire Third Reich. This group due to poor visibility landed on the territory of the Gorky region, the plane lost its course. 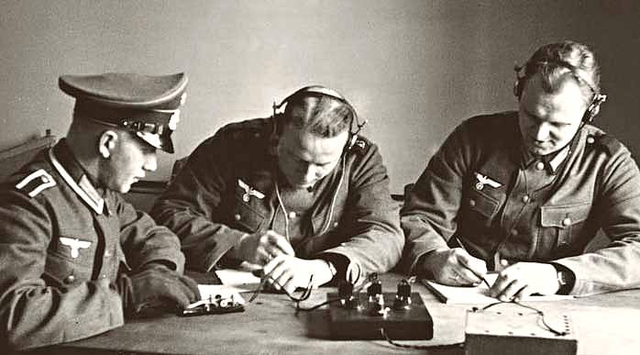 Soon, the Nazis were not at all up to the Soviet rear, in March 1945, the Zeppelin-Nord stopped responding to the calls of the Bear. Now it was possible to take stock of a successful operation that lasted for 740 days. During this time, the NKVD alone in the Kostroma region arrested 12 German agents, confiscated a mortar, three machine guns, 30 carbines and machine pistols, 42 pistols, 28 thousands of cartridges, hundreds of mines, 1,5 tons of explosives, and about 1,5 million rubles in cash . German intelligence activities in this region of Russia were completely paralyzed.

After serving a prison sentence, Alexander Vasnetsov lived and worked in a small, quiet forest station located in the Kostroma outback. At the same time, from time to time, the KGB involved him in old work, when it was necessary to uncover enemy agents or confirm the involvement of certain people in cooperation with the Nazis. As noted in the “Kostroma People’s Newspaper”, at the beginning of the 1990s, Alexander and his “colleagues” in the group were rehabilitated on the basis of the decision of the prosecutor’s office.