"Yarsy" will come to replace 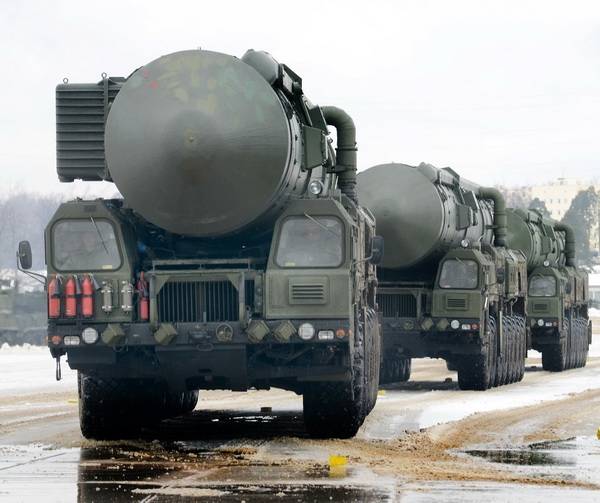 - Sergey Viktorovich, which units have already been re-equipped to the Yars mobile-based missile system? How is the reequipment of the Kozelsk missile compound? 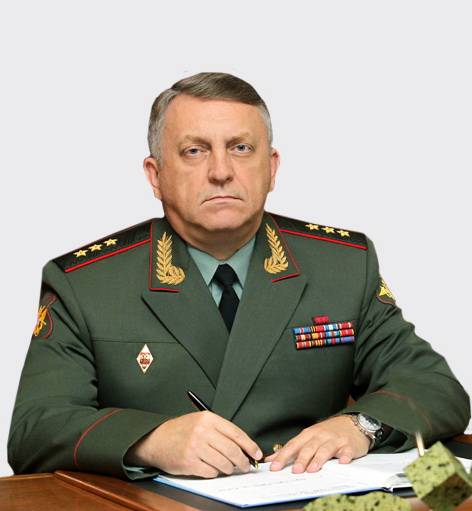 - The work on modernizing the RVSN armament is today connected with the continuation of the creation and deployment of modern stationary and mobile types of base-based missile systems, on the basis of which a promising grouping of the RVSN will be formed, which will effectively ensure nuclear deterrence in the foreseeable future.

Over the past five years, an active rearmament of stationary-based groups has been under way - regiments of the Kozelsky missile division are being re-equipped to the silo-based missile system of the Yars.

- How many intercontinental ballistic missiles are there today in the Strategic Missile Forces?

- Currently, the Strategic Missile Forces grouping includes about 400 intercontinental ballistic missiles with warheads of various types and power classes. To accomplish combat missions, today more than 60 percent of strategic weapons and warheads of the Strategic Nuclear Forces of Russia. These quantitative indicators of the grouping correspond to the parameters of strategic offensive arms limitations established by the START Treaty, and are sufficient for the implementation of diverse tasks of nuclear deterrence.

- Did the Missile Forces have to withdraw all mobile launchers to field positions at once?

- last year for the first time in stories An unprecedented in its scale teaching was carried out in modern Russia, in which 100 percent of the Missile Forces launchers were attracted. According to the plan of the exercise, a group of mobile ground-based missile systems in full force embarked on combat patrol routes and took field positions. When making maneuvers, increased training of personnel, high reliability and survivability of rocket complexes were demonstrated, which confirmed the readiness of the mobile group of the Strategic Missile Forces to carry out maneuverable actions with specified characteristics.

- How have the approaches to the teachings of the Strategic Missile Forces changed? "Yarsy" and "Topol" go to the fields only in the framework of the exercises?

- This year, the Missile Forces conducted more than 150 command and staff, tactical and special exercises, which is 1,5 times more than in 2016 year.

Mobile "Yarsy" and "Topol" work out measures of combat duty (tactical and tactical and special training) during the year in accordance with the approved plans. The readiness check of regiments equipped with these complexes is carried out in the course of exercises, which create a more complex operational and tactical situation than during planned exits.

At the same time, special attention has recently been paid to the elaboration of questions of interspecific interaction. This topic was devoted to a complex of special exercises, which was held in 2016 and 2017. In addition, based on the experience of using complexes with unmanned aerial vehicles, we are continuously increasing the volume of training tasks with their use in the formations and military units of the Strategic Missile Forces.

The practical actions of the troops in the new academic year will be aimed at developing new forms and methods of camouflage, ensuring the survivability of rocket complexes.

In personnel training, the main efforts were aimed at increasing practical skills in performing tasks, while 98 percent of field training activities were carried out with the withdrawal of PGRK missile regiments on combat patrol routes.
- What is the purpose of the mobile complexes of the Strategic Missile Forces began to develop new areas of combat patrols?

- Expansion of combat patrol areas allows you to unleash the potential of new weapons, to achieve a significant increase in survivability due to higher capabilities for avoiding space reconnaissance tools, increasing mobility and ultimately protection from the effects of various means of destruction.

- You have partly said about the high performance characteristics of the Yars mobile missile system. How does this missile system fundamentally differ from its predecessor, Topol?

- With external similarity with the “Topol”, the “Yars” PGRK is a fundamentally new missile system with an intercontinental ballistic missile with a powerful missile defense system and a new combat equipment. Significantly improved the characteristics of communications. Through the use of modern means of disguise and imitation increased stealth characteristics on the ground. The security of the missile battalions has also increased due to the introduction of new generation security and defense systems.

- How many missile launches conducted by the Missile Forces in their entire history, the last two years? What are their features?

- Over the entire history of the Strategic Missile Forces, more than 5000 combat training and test missile launches were conducted. At the same time, only on the field of the fall of the target Kura missile test site in Kamchatka more than 5500 training and combat units, which successfully hit conventional targets, were delivered. The main direction of these launches is the confirmation of the flight-design characteristics of the missile systems on duty. In addition, the tasks of developing new systems and developing promising samples of missile and special weapons were solved. The upgrading of the Missile Forces to the new missile systems in the past five years has required more than 40 launches aimed at further improving missile weapons. Over the past two years, more than 10 of such missile launches have been carried out.

Practical missile launches can enhance the professional proficiency of combat calculations of launching rocket regiments, as well as confirm the high technical reliability of strategic weapons.

- The deliveries of the main samples of the AMS are carried out in accordance with the schedule, there are no disruptions in the supply of weapons, military and special equipment within the framework of the state defense order. In recent years, the purchase of launchers of the Yars missile complex with intercontinental ballistic missiles has allowed for a stable rate of re-equipment of a group of both mine and mobile basing options. Fulfillment of the planned activities for 2017 for the rearmament of units and military units of the Strategic Missile Forces will increase the percentage of modern missiles to the 66 percent and give the Strategic Missile Forces grouping new opportunities for fulfilling nuclear deterrence tasks.

I will note that simultaneously with the deliveries of the main types of weapons, a large number of the necessary units are being taken to ensure their operation, protection and combat use. Among them, if, for example, we are talking about mobile soil complexes, mobile and stationary command posts, combat duty support vehicles, engineering and camouflage vehicles, “Typhoon-M” combat subversive vehicles, others.

The technical armament of the 4 State Central Interspecific testing range has grown significantly.

Work continues on the creation and delivery to the troops of modern training facilities for the new RCNS.

By the end of the year, more than 100 modern simulators will be supplied for the training of specialists from the Omsk Rocket Army, as well as trainees and students of the Peter the Great Strategic Missile Forces Military Academy.