A batch of new Suntsep systems will be delivered to the RCB protection division of BBO. 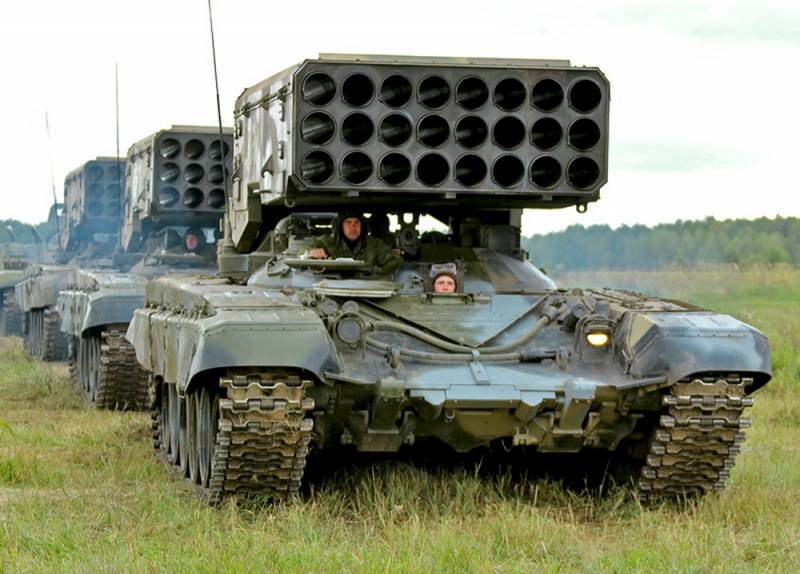 These machines in this unit will arrive for the first time. Acceptance of new equipment is planned to be completed before the end of this year.

The press service recalled that “the TOC-1A flame-thrower system is designed to disable lightly armored and automotive vehicles, arson and destroy structures and buildings, destroy enemy personnel, located in open areas and in fortifications, fragments, shock wave created on the target area with the massive use of unguided rockets in thermobaric and smoke-igniting equipment. "

Ctrl Enter
Noticed oshЫbku Highlight text and press. Ctrl + Enter
We are
Deliveries of the new Tosochka TOS are planned from 2018 of the yearIn mobile reserve
Military Reviewin Yandex News
Military Reviewin Google News
17 comments
Information
Dear reader, to leave comments on the publication, you must to register.