The watchful ship Inquisitive completed tasks in the Mediterranean Sea

The patrol ship (TFR) of the Black Sea Fleet (BSF) "Pytlivy" completed the execution of tasks as part of the permanent grouping of the Navy in the Mediterranean Sea and headed for Sevastopol. Currently, the ship passes the Dardanelles and Bosphorus Straits, heading for the Black Sea
- he said. 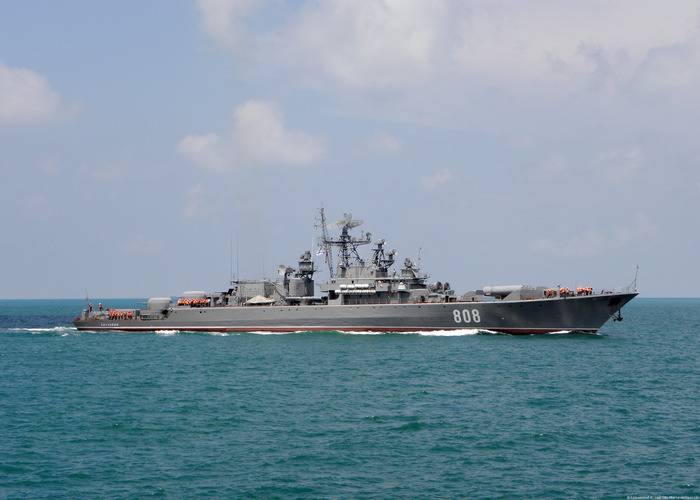 It is noted that the crew of the ship acted as part of the grouping since September 2017.

"Inquiring" - the patrol ship of the project 1135M, which was in service with the Soviet Navy and is currently in service with the Russian Black Sea Fleet. The ship was laid on 27 on June 1979 of the year at the Yantar shipyard in Kaliningrad, launched on 16 in April of 1981, joined the fleet of 9 in February of 1982 of the year.