Sturmgever and stamping. The truth about the Kalashnikov machine gun (End) 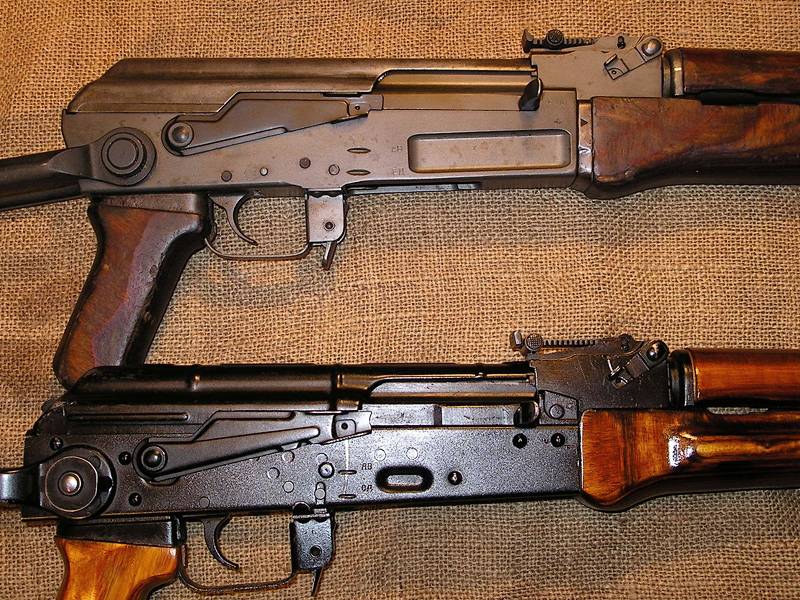 3 stamp. Because of the inherent (innate, inherent, etc.) technological backwardness, Soviet industry failed to master the production of stamped receiver boxes, which had to be made by milling them from forgings, which led to monstrous consumption of metal.

If we talk about the embarrassment that allegedly happened to Izhmash, who were not “dumb” to withstand the necessary quality of “stamping,” then the authors of these statements themselves are in this state. The name of confident users, “experts”, analysts and other experts is legion, people who do not just know machine-building production, but also know the incredible burden of mastering the new production directly on their skin (Note. The author of the article refers to such lucky ones). What actually happened with the replacement of the stamped box on the milled AK-47? Pay attention - only the boxes, the rest of the details did not concern, but the conclusion is made global - for the whole of the Soviet "stamping" as a technology as a whole.

First let's turn to the construction. The stem box in the AK is not a milled bolt box with a pressed casing, as in a sturmgevere. In the German machine for the direction of the slide frame, for the basing of the store and mounting for optics, for the location of parts USM responsible for different stamped parts. When assembling them, it is easy to fit the mallet (this is such a wooden hammer), while losing the interchangeability of parts, as the Americans rightly noticed. In the Kalashnikov assault rifle, all of this is placed in a single stamped box with a large number of additional riveted parts, including a barrel liner. Its complexity not at times, but An order of magnitude higher than the receiver of the Sturmgever Of the two parts, of which only one is stamped and does not carry any functions, except for installing the sighting parts and the direction of the bolt carrier. In a stamped box and without the use of mine. That's cool.

During the period of preparation for military trials conducted at the test site, it was found that when shooting from a machine gun with an emphasis on the shop, the accuracy of shooting is almost 2,5 times better than from hand. It does not deteriorate the strength of the store and the reliability of the product.

Conclusion in AK (and SVD) of all functional mechanics in one box and providing easy access to it with incomplete and complete disassembly without the use of tools, is one of those few excellent engineering solutions that together create a design masterpiece of a Kalashnikov assault rifle. Similar technical solutions, when all the functionality is assembled into one core and at the same time provides a flexible expansion and development of the system at the expense of thoughtful interfaces, can be found in other areas, even in programming. Of course, debugging such a kernel of the system takes much more time (see the statement of Guderian). But later, when a reliable optics bracket appeared on the forged receiver, interchangeability appeared on the receiver cover, folding sideways, butt grenade launchers appeared, inside the trigger retarder appeared, all this did not lead to a significant alteration of the technology or the design of the machine (!) .

An experimental batch of Kalashnikov assault rifles was manufactured at the Izhevsk Motozavod and sent to field testing, which it did not stand up to. Among the comments were comments to the receiver. After revision weapon went on military trials and at the same time on Izhmash began pre-production. According to the results of military tests, 228 design changes were made (almost two changes per detail) and 114 technological changes. Simultaneous modification of the product design and development of equipment for its production is not in itself sugar. But the task was even steeper, on old squares using part of old equipment and not at all stamping machines from Hönel's company (which did not exist in nature), an unprecedented production was created with production volumes over half a million vending machines per year - providing holy-holy engineering interchangeability. And this production required new technologies, autolines, which were yet to be created.

In other words, it was necessary to create technology that did not yet exist in the world, but for now it was necessary to use outdated machines and universal equipment, for which one also needed its own equipment, which also had to be designed and manufactured, and, most importantly, it was required to let out automatic machines.

At that time there was no German, American, or any other alien “punching”, so that it would be possible to start the production of a product that was not there before. It is quite natural that difficulties arose during the development of production. Mastering production is always solving a set of issues that may arise anywhere, both at the production stage and as a result of the combat use of products. The first thing you need to decide is whether the solution to the problem is in the shortcomings or design features, or is it treated by changing technological processes. The solution may not be obvious or there may be several solutions.

In both cases, this requires additional research and experiments, collecting and processing statistics - spending the most valuable resource - time. In total for 1949 a year (the year when the machine was adopted) 700 was amended in the drawings of the machine and the 20% of the production equipment was redone. Finally, there is another factor - human. And this is not about the congenital at the gene level syndrome “maybe it’s okay so” and not about the hands of the assembler trembling with a hangover, although, most likely, this is exactly what lovers imagine to speculate about “production culture”. In wartime, and even now, at a defense plant such deficiencies were treated elementary. It takes time for the worker to start making quality products and not just to do, but to do a lot and qualitatively. In management science, these phenomena are described by curves of "learning" and "experience." And there is another factor, it is little known because of its features. The peculiarity is that the worker develops a skill that cannot be formalized and described in the technical process. Just give an example of stories mastering the production of Maxim machine guns at Izhevsk Motozavod. The machine gun belt made according to the drawings and technical process received from Tula could not pass the military acceptance. I got stuck. I had to deliver girls from Tula, collecting tape on TOZ. The reason turned out to be simple - the girls slightly tightened the ribbon when assembling with a finger.

In production, there was a large dropout of receiver boxes in terms of dimensional characteristics and trunks in terms of chrome plating defects. The stamped-riveted receiver did not possess the necessary rigidity, as a result of which, during its passage through machining operations, the sizes were distorted. She did not possess the necessary strength for riveted connections of the casing and the place of attachment of the butt.
In the manufacture of the box and the assembly of the automaton, the need for a large number of edits of the casing was revealed;

And this despite the fact that:

The scope of supply of products to the customer was strictly described not only by quarters, but also by months, which, taking into account the true state of affairs, created certain tensions in the work of production. Failures and irregularities in the work were most characteristic of the initial period of development of the machine. They were periodically repeated in the future, which led to disruptions in the schedule for the supply of weapons, which caused serious concern on the part of the military department, as it posed a threat to the fulfillment of plans for orders and timely re-equipment of the army with new weapons. 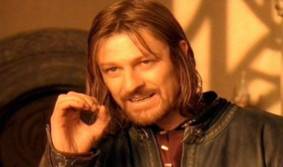 One cannot just take and ensure “parallelism of the box guides with the barrel axis”, draw punch and die drawings, so that after they are manufactured and launched into production, the residual stresses in the metal do not start to be jarred at the fifth or sixth operation after stamping. Not so long ago, I became acquainted with the foundry. Casting is unique, that is, almost all orders for large parts differed in shape and size. The twenty-first century, written heaps of monographs on color casting, a lot of tables and formulas, and I was asked to write an expert system in which the guys would enter the dimensions and configuration of the molded parts, alloy compositions, their melting and pouring modes and the results of metal shrinkage in size and location , in order to gain experience and calculate the shrinkage angles in injection molds, taking into account past heats. The method of "scientific spear" was and remains an unsurpassed way of knowing the world with a view to transforming it for the better. Its essence is in the collection, processing and analysis of statistics, which gradually leads to finding the right solution.

I hope after reading all this, at least some idea of ​​industrial production appeared among those who did not have it.

The war has just ended, requiring unprecedented physical and moral efforts to master new types of weapons and a multiple increase in production. And here is a new challenge. In conditions of wild time trouble, when it is necessary to release weapons, fulfilling the supply plan, when its design is constantly changing, when on some issues there is not only its own, but also international experience, the only right decision is made - a temporary transition to a milled receiver box. It is quite understandable step, which side does not detract from the technical or professional qualifications of those designers and technologists who created the glory of the Soviet machine gun. But any mention in vain of this fact without giving due to the labor feat of these people, at least, is simply disrespectful to them.

As well as books by Fedorov, Bolotin, Monetchikov, Nagaev, Chumak, and others.