November 14 2017
16
Russia and the United States discussed in detail the possibility of deploying a UN mission in the east of Ukraine. This was announced by the Assistant to the President of Russia Vladislav Surkov on the results of the meeting held in Belgrade on November 9 with the US Special Representative for Ukraine Kurt Walker.


At the talks, the US representative handed over additions to the proposed Russian version of the resolution on the deployment of the UN mission in the Donbas. 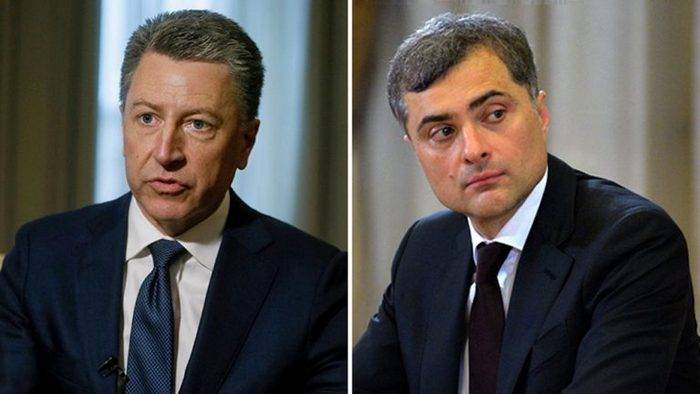 American friends submitted their proposals to our Security Council draft resolution - twenty-nine paragraphs. Three of them, our delegation found acceptable. A bit, of course. Still, the three are not zero. Better than zero
- noted the Assistant to the President of Russia. According to him, the parties "decided to continue work on the convergence of positions."

Representatives of Russia and the United States agree in the main thing - the Minsk agreements should be implemented. For this, it is necessary to accelerate the fulfillment of Kiev’s political commitments while strengthening security in the conflict zone.
- added Surkov.

The current meeting of representatives of the Russian Federation and the United States was the third this year. The previous negotiations between Surkov and Volker took place on October 7 also in Belgrade and August 21 in Minsk, TASS reports.

Ctrl Enter
Noticed oshЫbku Highlight text and press. Ctrl + Enter
We are
The war will start 07.11.17Surkov and Volker agreed to continue working together in Ukraine
Military Reviewin Yandex News
Military Reviewin Google News
16 comments
Information
Dear reader, to leave comments on the publication, you must to register.