On the "special forces" EW without fairy tales 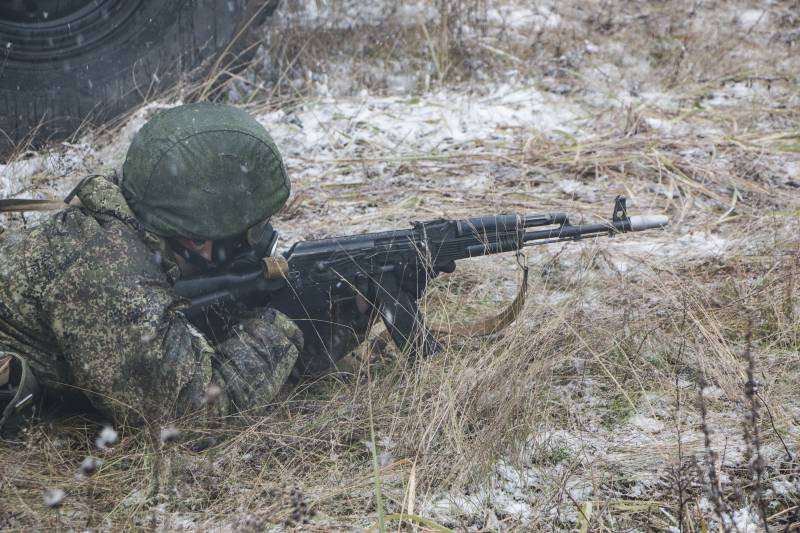 Recently, several articles have immediately attracted our attention and forced to speak out about. Terminology is a very precise thing, it is worth observing it, but we will not really go far.

Special Forces ... "Oh, how much in this word ..." Indeed, a lot of deserved and deeds that can really be proud of. And, apparently, envy is also present. Nothing else can explain some attempts to call "special forces" everything that comes handy.

It is clear that for a real commando it is a shame to pull such an owl on a globe. And some readers were right who said that, if things went on like this, the special forces would be among the cooks, the builders, the financiers and other front-line workers. Although with the cooks, perhaps, they went too. They also have hard times at times. But nonetheless.

In general, let us leave on the conscience of those who composed a fairy tale about the appearance of “special forces” in the EW troops in the form of a unit to combat UAVs. Absolutely nothing special is there, everything is the same as that of colleagues, but using drones.

These are, of course, specialists of a special profile, but they have no relation to special forces. But no less deserved fighters of the invisible (in the literal sense of the word) front.

But there are nuances.

Modern EW troops are the successors of the work begun as far back as the 30s of the last century. Then, the radio intelligence units were taken out of communications units and transferred to the Red Army Headquarters Reconquest. There was a radio intelligence department organized. The department commanded individual divisions of special purpose (ORD OSNAZ), which during the Great Patriotic War became the main organizational unit.

Today, conventional army electronic warfare systems are quite capable of fulfilling the functions of the OSNAZ units. Radio interception, analysis of the source of radio emission, reference to the map, suppression or, alternatively, accurate guidance of artillery or aviation.

The highlight is that not all complexes are capable of such a range of work as, for example, “Murmansk”. Some need to get close to the enemy at a much smaller distance.

The strategy and tactics of modern war unambiguously imply opposition to the communications and electronic warfare of the enemy. And, if with communication everything can be solved rather prosaically, with the help of the good old direction finding and artillery attack, then in order to “cut down” the EW complexes, the work will be harder.

Detecting the complex when it is working "at the reception" is problematic. Like any receiver. When the transmitter starts to work easier, but there are problems of a completely different nature. For example, with the transfer of information in the suppression of the frequency range of military communications. And if the stations in the Malakhit or Diabazol systems are working in a complex, the aviation range is also covered.

And here it can be very useful precisely well-prepared groups that can quickly move into the approximate area of ​​work of EW systems in order to neutralize them.

Both in our army and in the potential armies there are groups capable of reaching the area by bearing and working on stations covering up a serious object or terrorizing the front line of troops. It is in the order of things.

And in this aspect, EW complexes are becoming one of the primary goals for the enemy EEs. I think many will agree with me that not every object today can be put out of action with the help of explosives brought by the saboteurs.

Here, of course, a lot of nuances, but I am talking about the fact that, based on all the above, the question arises: is it better to properly protect EW complexes or to pay more attention to calculation skills in terms of repelling all sorts of threats?

A partial response was received last year when we talked about the development of related specialties by rocket engineers. Moreover, quite uncharacteristic, such as setting mines and shooting a grenade launcher.

In a similar way (which was greatly pleased), they also act in the EW brigade of the Western Military District, where we occasionally gain access to equipment and talk about it.

As early as last year, they started additional training for the fighters. Counteraction to terrorist groups and enemy DRG.

In general, one should not think that the people of the Rab - are all people of intellectual work, bespectacled at the computers. Yes, the computerization of modern technology causes respect, but we also did not observe the weaklings in the calculations.

So eat meat - muscles will grow.

The situation in which the muscles began to grow, was trivial. The manufacturer delayed the shipment of new cars. And so that the personnel did not get tired of waiting, the deputy commander for work with the personnel, in the past - the colonel of the Airborne Forces, showed personal initiative and decided to share his very extensive experience in dealing with various "ours."

And shared. So much so that this company is no longer called “counter-terrorists”.

They told the case, once in the press service of the ZVO, they mistakenly sent a telegram to the wrong team. The bottom line was that the film crews would come and take pictures of how the fighters repel the attack of the “enemy” on the march, liquidate the “terrorists” groups, search for ambushes and stuff like that. What was the specifics of the correct team.

In the EW brigade, a similar program caused an unhealthy discussion. When the colonel got acquainted with its content, he noticed that everything will be fine, there is still a whole week, we will show everything. Then, of course, all settled.

But the actions on the exercises and maneuvers in 2016-17 years have caused an extremely high rating among the auditors. And the idea is not something that got accustomed, but received further development. Now teach everyone.

We watched the process going. Of course, training. Of course, the fighters before the hardened wolff of real special forces oh, how far, but who knows how everything can be in real actions?

Of course, in real combat conditions, EW complexes must protect and cover. But everyone understands that real databases are often a mess sometimes. And anything can happen.

As if the almost private initiative of Colonel Gudymenko makes one seriously think about the role of the deputy commander for work with the personnel. Many of us, probably, can “kindly” remember the commanders of the Soviet army, who, at best, simply did not interfere.

Today, the deputy of the radar really has a new hypostasis. Teach. Not only patriotism, the ability to love the Motherland and everything else, but also those skills that can be useful to a fighter in the future.

Army intelligence, airborne, SPN GRU few in comparison with the others. Nevertheless, the officers completing their service could do a lot of useful things by analogy with the EW brigade mentioned in the “non-combat” units. EW, communications, railway workers and so on. And transferring your experience, bring the personnel of the units to a new level. Kontraktnikov, of course.

In general, the initiative is useful. Of course, the “special forces” in the EW will not work, but appropriate training can give not only confidence in one’s own capabilities, but also increase the chances of survival of the calculation from any abnormal situation.