November 13 2017
57
The engineering units of the Russian army received the first batch of armored bulldozers developed and manufactured at the Chelyabinsk Tractor Plant (LLC ChTZ-URALTRAC is a member of the corporation Uralvagonzavod). According to the available information, the personnel in the near future will begin its development. 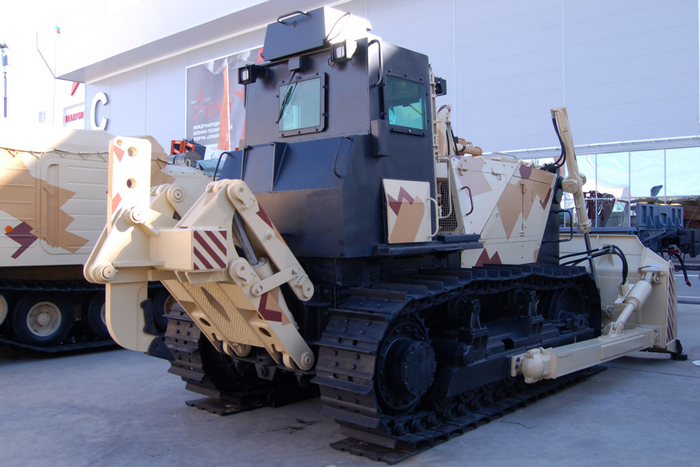 When creating this technique, the Syrian experience was fully taken into account. During the military conflict in the Middle East, it became clear that in addition to engineering vehicles on expensive and heavy tank chassis there is an urgent need to provide troops with simple and cheap bulldozers, which were equipped with armor to protect personnel. 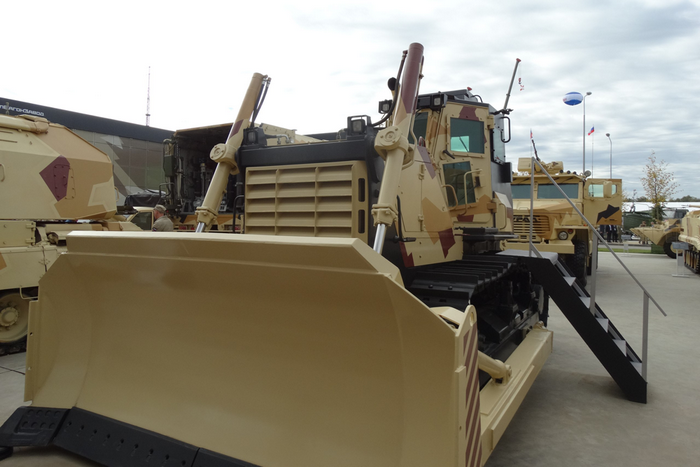 In Syria, such machines are very common, and on all sectors of the front to fight international terrorism.
Given the experience of military conflicts, the Russian defense industry also engaged in the creation of such equipment. The Chelyabinsk Tractor Plant proposed a version of the B12 armored bulldozer. The car received an armored capsule of the driver’s workplace, a protected hood and fuel tank.

Thanks to these innovations, tracked vehicles are not afraid of bullets and shrapnel. This will significantly reduce the loss of personnel and more effectively perform combat missions, reports "RG-Force"