November 13 2017
13
All missile formations that are in service with existing mobile missile systems are planned to be re-equipped to the Yars missile system before 2026, reports TASS Post Commander RVSN Sergey Karakaeva. 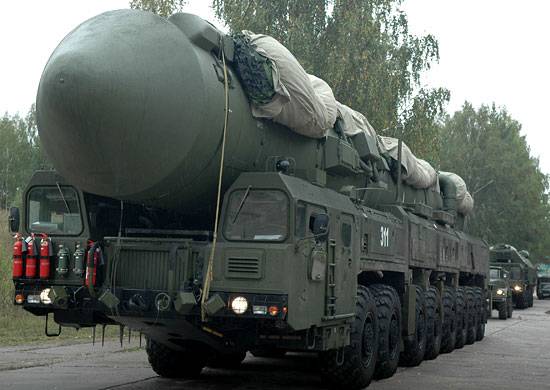 According to him, at present “the re-equipment of the Teikovsky, Nizhny Tagil and Novosibirsk connections” has already been completed.

The Yars mobile missile system is rapidly replacing the Topol missile systems in the Yoshkar-Ola and Irkutsk missile divisions,
noted the general.

The commander recalled that over the past five years, an active re-equipment of the stationary-based grouping has been underway - "the regiments of the Kozelsk Rocket Division are being retooled for the silo-based missile system".

He clarified that "currently, the Strategic Missile Forces grouping includes about 400 intercontinental ballistic missiles with warheads of various types and power classes."

According to Karakaev, in the Strategic Missile Forces "more than 60% of strategic weapons and warheads of the Strategic Nuclear Forces of Russia ".

These quantitative indicators of the grouping correspond to the parameters of strategic offensive arms limitations established by the START Treaty, and are sufficient for the implementation of diverse tasks of nuclear deterrence,
added on.

Ctrl Enter
Noticed oshЫbku Highlight text and press. Ctrl + Enter
We are
The second Yars missile regiment will take up combat duty until the end of the 2011 year
13 comments
Information
Dear reader, to leave comments on the publication, you must to register.