Ursula von der Lyayen: we are taking another step towards the creation of a European army

November 13 2017
67
The EU defensive union is a step towards creating a common army, but it has an additional character in relation to NATO, which unites countries and alliances, the German Defense Minister Ursula von der Lyayen told reporters in Brussels. 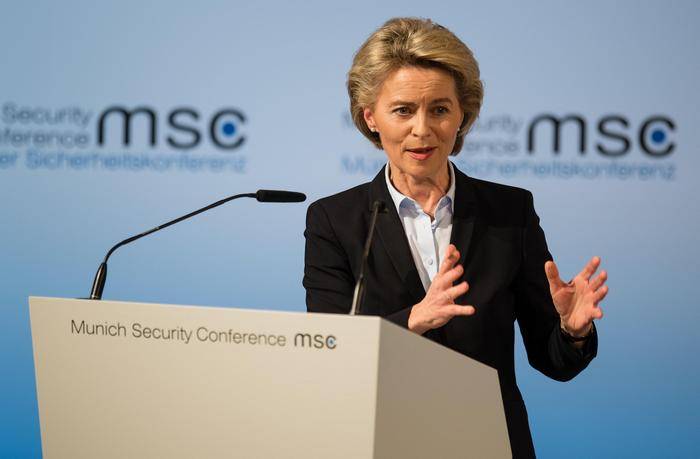 Today is a special day for Europe, today we are officially creating a defensive and military alliance of the EU ... This is a special day, it marks one more step towards the creation of a European army
- said Lyayen, adding that "the European defensive alliance has an additional character in relation to NATO" - while the North Atlantic Alliance remains "a representation of countries and unions," the EU defense department "will deal with a variety of topics that Europe must answer."

On Monday, more than 20 EU countries will hand over to the head of EU diplomacy and the EU Council an official letter of intent to embark on a permanent structured defense cooperation (PESCO). This cooperation will allow EU member states to unite efforts in working on various defense projects that can receive funding from the European Defense Fund being set up by the European Union, reports RIA News

Ctrl Enter
Noticed oshЫbku Highlight text and press. Ctrl + Enter
We are
German Defense Minister Ursula von der Lyayen announced the conditions for Syria under which Berlin will cooperate with the armed forces of the SAR
Military Reviewin Yandex News
Military Reviewin Google News
67 comments
Information
Dear reader, to leave comments on the publication, you must to register.