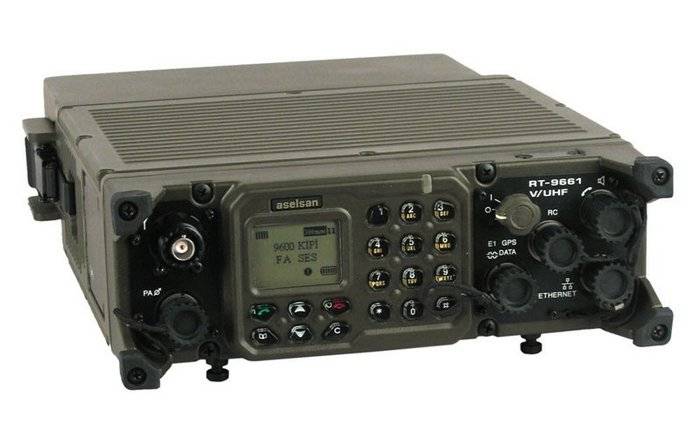 During the period of 2018-2020, all military units of the Armed Forces of Ukraine will gradually switch to equipping the Turkish company Aselsan with ultrashort radio stations. Separate military units and units will continue to use Harris radio stations received as part of the US military assistance program. Motorola radios will be used in operational support units
- said Major General Vladimir Rapko.

According to Rapco, according to the results of test tests of the radio station Aselsan VHF band, most of all meet the requirements of the Armed Forces of Ukraine in terms of compatibility, quality and price. In addition, it is planned to expand the production of these radio stations in Ukraine.

Ctrl Enter
Noticed oshЫbku Highlight text and press. Ctrl + Enter
We are
Keep the pace: Turkish industry for the army of his countryEMT / ASELSAN Tufan rail implement project (Turkey)
34 comments
Information
Dear reader, to leave comments on the publication, you must to register.