Russia has transferred aircraft and helicopters to Tajikistan around 40

Around 40 airplanes and helicopters of the Central Military District are deployed from Russia to three operational airfields of Tajikistan to participate in joint anti-terror exercises, which involve CSTO collective rapid reaction forces
- he said. 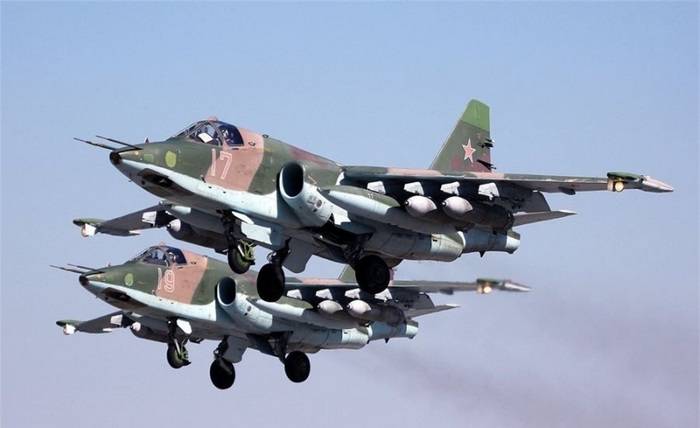 According to Roshchupkin, six Su-24M bombers made a flight from Shagol South Ural airfield, the same number of Su-25CM attack aircraft from the Russian Kant airbase, located in Kyrgyzstan. The Mi-8AMTSH Terminator and Mi-24 helicopters were transported to Dushanbe from the Novosibirsk Tolmachevo airbase.

The pilots will cover the deployment of troops from the air, strike at the battle formations of conditional gangs, ensure the delivery of military goods and the landing of assault forces.
- told Roshchupkin.

He added that the military command and control bodies of the CSTO headquarters, the auxiliary command post of the headquarters of the Central Military District, mountain rifle, tank and artillery units, special forces, as well as parachute and airborne assault groups - more than five thousand soldiers and officers in total.

Ctrl Enter
Noticed oshЫbku Highlight text and press. Ctrl + Enter
We are
News CSTO CSTOSudden verification of the readiness of the CSTO CSTO
14 comments
Information
Dear reader, to leave comments on the publication, you must to register.