The US Navy received the first serial UAV MQ-4C Triton

November 13 2017
13
The US Navy is officially armed with drones for aerial reconnaissance. According to the portal defenseworld.net, the company Northrop Grumman handed over to the US Navy the first serial sample of the MQ-4C Triton drone.


Until yesterday, the US Navy had at its disposal only manned long-range aerial reconnaissance. In 2008, the US Department of Defense and Northrop Grumman signed a long-term contract worth $ 1,164 billion to develop and build special UAVs that could replace manned reconnaissance aircraft. Four years later, the developers presented the first prototype of the MQ-4C Triton drone to the naval command. 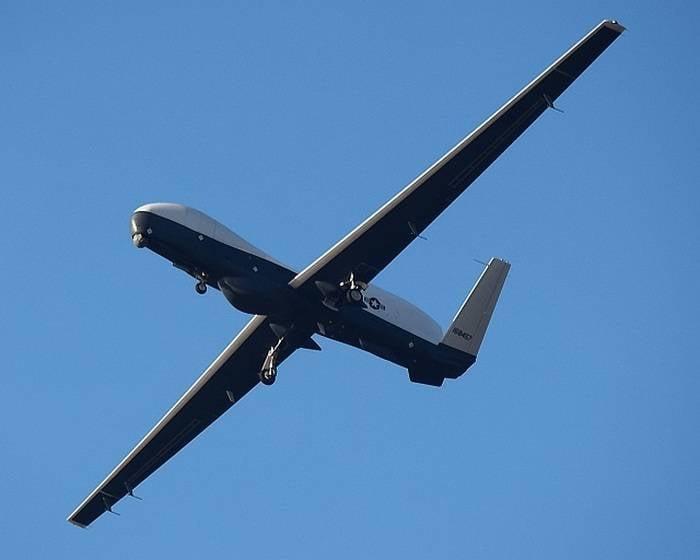 The drone MQ-4C Triton made its first flight in October 2014, and two years later the US Navy ordered the first batch of these machines. In May of this year, it became known that the US military command paid for the production of three more machines, as well as ground equipment for them. The cost of the transaction is estimated at $ 303,9 million. The first Triton will be based at the Point Mag (California) military facility. Until the end of this year, the military will receive a second serial copy of the MQ-4C Triton, and next year two more Tritons should be deployed on the island of Guam.

The MQ-4C Triton is a long duration high-altitude unmanned aerial vehicle designed to collect information, surveillance and reconnaissance in the coastal zone. Triton is built on the base of the RQ-4 Global Hawk drone, also developed by Northrop Grumman, can rise to altitudes over 17 km, fly at speeds of 575 km / h and be in the air up to 24 hours.

Ctrl Enter
Noticed oshЫbku Highlight text and press. Ctrl + Enter
We are
Command of the US Navy has signed a contract for the supply of the second batch of UAVs MQ-4C TritonOld and new ways of dealing with unmanned vehicles
Military Reviewin Yandex News
Military Reviewin Google News
13 comments
Information
Dear reader, to leave comments on the publication, you must to register.