The story of one non-meeting

November 13 2017
15
It is no secret that the USA has been trying to bend the whole world under itself for several decades - and especially after the fall of the Soviet Union and the defeat of the socialist camp. And not only in something large-scale, such as, for example, a change of power in a particular country or even incitement of war in the whole region. Sometimes it is expressed in some seemingly trifles. 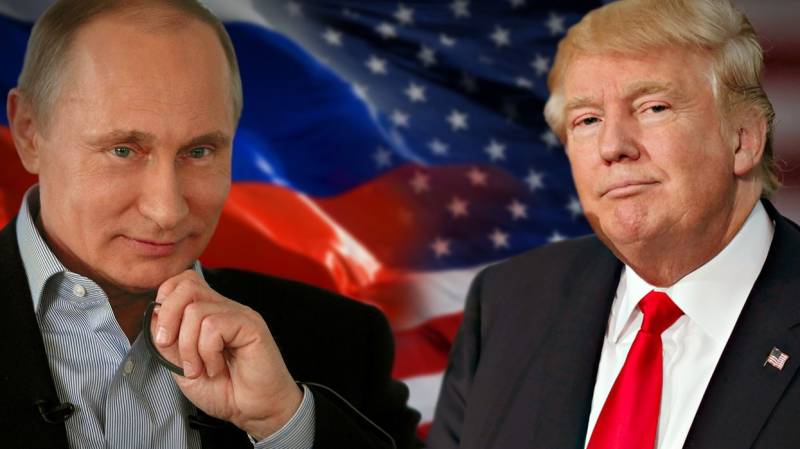 It was “in trifles” that they tried to bend Russia. As planned, a full-scale meeting between the presidents of Russia and the United States was to take place on the margins of the Asia-Pacific Economic Cooperation (APEC) summit in the city of Danang in Vietnam. And suddenly - such a meeting did not take place due to the fault of the American side.

According to the rules of such meetings, their specific place and time are proposed by the parties in turn. That is, if the last time the place and time were determined by the Americans (as it was in July of this year at the G20 summit in Hamburg), then this time it was Russia's turn. At the same time, the parties usually show flexibility, offering several options for the meeting to fit into the tight schedule of both leaders.

However (as the press secretary of Vladimir Putin, Dmitry Peskov, then said) the representatives of the United States they offered only one time and one room - that is, conditions that were arranged only by the American side. And they did not offer any alternatives at all.

It turns out that even in such a seemingly insignificant matter, US representatives wanted to be the only party that makes a decision and imposes its will.

Senator Alexei Pushkov on this issue stated in his blog: “In diplomacy, strict meeting conditions mean readiness for its breakdown. The US administration disrupted the talks, because they did not want them to take place". V.Putin himself commented on the following: “This suggests that relations between Russia and the United States have not yet emerged from a state of crisis.».

However, it cannot be said that the heads of two states did not communicate at all. Between them there was a meeting "on their feet." That is - a short conversation, which even without translators.

In the course of such a meeting, they even managed to agree on some joint statement on the situation in Syria. There is no way to call it a breakthrough - it contains only general formulations about the need to fight the “Islamic State” (an organization banned in Russia), about the need to resolve the crisis through political means and about supporting the territorial integrity of Syria.

All these good wishes of the party were agreed upon earlier, but the benevolent picture was never observed. And not observed. Why? Yes, because for Washington, preoccupied with the goal of changing the power in Syria, all these declarations, treaties, documents always served as a cover, a “filing certificate”.

Both sides after the incident try not to inflate the scandal, to save face. So, according to the Russian leader, "nothing terrible happened».

For his part, Donald Trump also chose to pretend that nothing much happened. Moreover, he tried to make a few overtures to Russia: “We had a good conversation on Syria, - he said, - I hope for the help of Russia and China in resolving the dangerous crisis around North Korea. There is progress».

The American president made rather harsh statements about those circles that push him to strengthen the anti-Russian policy: “When will all haters and fools understand that good relations with Russia are good, not bad?»
Perhaps he is even sincere in something. Another thing is that the planned full-scale meeting, most likely, was deliberately thwarted by them in favor of the very "fools" and "haters."

Poor Trump! Forced to spin like in a griddle. Hence, his contradictory statements about the question of Russian interference in the presidential elections in the United States. According to him, he asked Putin about it, and every time he rejected such accusations and looked very offended. But he, Trump, he says, is forced to trust the American special services in this matter.

One problem is among various US intelligence agencies. there is no consensus on this issue.

The position is "worse than the governor". To admit that there was no interference - to provoke another hail of accusations of “sympathy for Russia”. Recognize that it was - shake the throne under him. So you have to dodge.

The incident with the failed meeting was not the only one. In the best traditions of American arrogance, he showed disrespect for the summit: he left prematurely from a diplomatic reception and missed a number of events.

Or maybe the whole thing is that it was uncomfortable for the poor fellow to be in Vietnam? After all, it is with Vietnam that one of the most miserable and shameful pages of the American is connected. stories. This is a country where those who like to interfere in the affairs of others and solve problems with the help of napalm have really and unequivocally indicated where their place is ... So now the Vietnamese air is harmful for American presidents.