Success as an alternative: why Washington loses its last allies in Syria 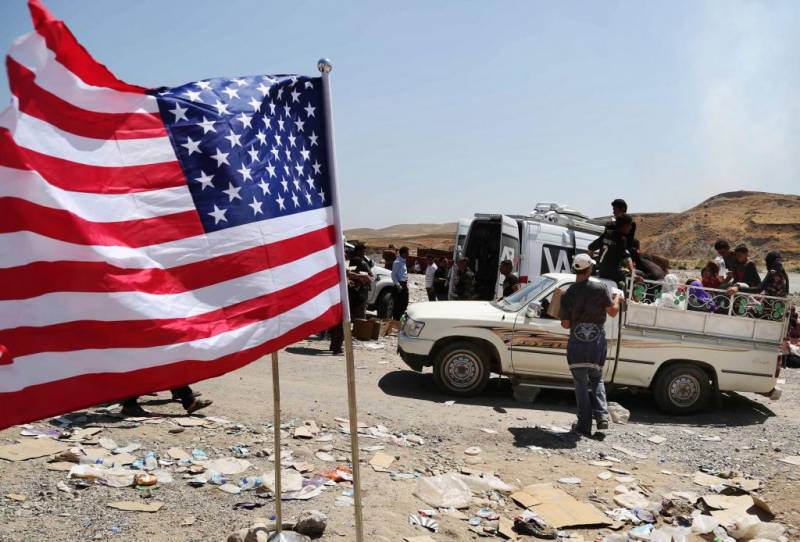 On the eve it became known about the complete liberation of the Syrian city of Abu Kemal in the province of Deir-ez-Zor from terrorist organizations and its final transition under the control of government forces. In addition to the fact that this event was a turning point in a long-term war, it will certainly act as a catalyst for fundamental changes in the balance of power in the region.

Obviously, after stripping the last stronghold of extremists in Syria, no one has any doubts that official Damascus is now the master of the situation, which all forces without exception will have to reckon with. In addition, it can be stated that the campaign on the obstruction of the current Syrian leadership, launched by Western countries, has now completely failed, and its propaganda theses have been crossed out by the real military successes of the Arab Republic.

In general, from the very beginning of the operation of the Syrian army to unblock the province of Deir ez-Zor, it was clear that these hostilities would not be an easy walk for Damascus, primarily because of the important strategic importance of this area throughout the state. The fact is that Deir-ez-Zor contains oil and gas fields rich in reserves, the use of which, until recently, brought huge profits to terrorist organizations and allowed them to finance their own activities. However, besides extremists, other participants in the conflict also took an eye on an attractive region, some of whom even opposed the Islamists. At least officially.

This is primarily the United States of America, which in the past month and a half has made significant efforts to complicate the advancement of government troops into the province and decided to use for this purpose not familiar militant partners of “moderate opposition”, often associated with militants, but Kurdish armed forces representing significant strength in the Syrian crisis. In exchange for loyalty and assistance, Washington has seriously increased its military-technical assistance to the Kurds, and also hinted at the possibility of resolving the issue of expanding their autonomy. However, American plans did not come true, which was largely facilitated by ... Kurdish organizations.

It all started with the fact that at the end of October, the “Syrian Democratic Forces” transferred the richest Al-Tabiya field in the region to the control of Syrian government forces, which was previously beaten off by the “Islamic State” (the organization’s activities are banned in Russia). This was done, of course, at odds with the interests of the United States and caused an understandable dissatisfaction across the ocean. But in this case a reasonable question arises: why did the Kurdish formations go in defiance of their foreign curators and for what purpose did they give Damascus the main gem of Deir ez-Zor?

However, the answer to it, oddly enough, must be sought not in Syria, but in Iraq.

So, shortly after the Iraqi Kurdistan independence referendum, it was announced that the Russian oil company Rosneft bought a share of the largest oil pipeline in northern Iraq, and shortly before that in September, Moscow signed an agreement on natural gas worth $ 1 billion with Erbil, which made Russia largest investor in northern iraq. This state of affairs did not allow the tribal leaders to get the support they were expecting from the United States, but at the same time opened up the opportunity for the Kurds to supply oil to buyers, in particular Turkey, directly. Ankara, in turn, has recently recently bought natural resources from the Islamic State, now has to negotiate on gas with Damascus, and on oil from northern Iraq - with Rosneft, that is, with Russia.

These events prepared the ground for a meeting between Turkish leader Recep Erdogan and Iraqi Prime Minister Haider al-Abadi, and cleared the way for Ankara’s direct talks with Damascus.

It is noteworthy that Qatar is in a similar situation. Against the backdrop of the current disunity of the Sunni Arabs and the Gulf countries, who were planning to create an Arab analogue of NATO a year ago and take aim at Iran and Syria, Doha, along with Iran, focused on natural gas supply projects to Europe and China, and Russia, Turkey and China he became a partner.

Returning to the Syrian Kurds and figuring out why they didn’t take Washington’s lead, we can say that, like the other participants in the conflict in Syria, they preferred the “all against all” tactics to the “all against all” tactics, in which Kurds, Arabs, Persians and Turks instead mutual destruction will receive a common project, beneficial to all. Syria will receive peace and unity, the Syrian Kurds - a wide autonomy, as already agreed with President Bashar Assad. The Turks, as before, will receive oil and gas, but on a legal basis and will not receive independent Kurdistan at their border. Iraqi Kurds will be able to officially trade oil through Turkey in exchange for peace with the government of Iraq and the country's territorial integrity. Iran will not see American and Israeli bases at its border.

As for the Americans, their positions not only in Syria, but also in the Middle East are now unprecedentedly weak. Instead of joint actions with Russia, Iran and Syria against terrorists, the American leadership decided to escalate the conflict with the Syrian government, stubbornly insisting on the overthrow of Bashar al-Assad. At the same time, relations with Ankara were finally spoiled, and Tehran was declared a world evil at all. It was decided to recoup all this pleasure at the expense of the capture of Syrian oil by American companies.

However, the time when Washington could, without serious consequences, push the participants in the political process to disastrous steps for them, apparently, has irrevocably passed. Today, mutually beneficial cooperation and consideration of the interests of the closest partner are important in the world. The American authorities have not yet built into this paradigm, preferring the colonialist approach that has been established over the centuries. However, colonial empires, as is known, can exist only as long as they retain the ability to expand. Otherwise, their sunset, and later collapse, are inevitable.

Ctrl Enter
Noticed oshЫbku Highlight text and press. Ctrl + Enter
We are
About Stalin and KhrushchevWhat you didn't want to know about England
11 comments
Information
Dear reader, to leave comments on the publication, you must to register.