In the British Parliament expressed mistrust to Teresa May

November 12 2017
49
Forty conservative deputies of the British parliament agreed to sign a general letter expressing mistrust to Prime Minister Theresa May against the background of the protracted Brexit talks, reports RIA News the Sunday Times newspaper. 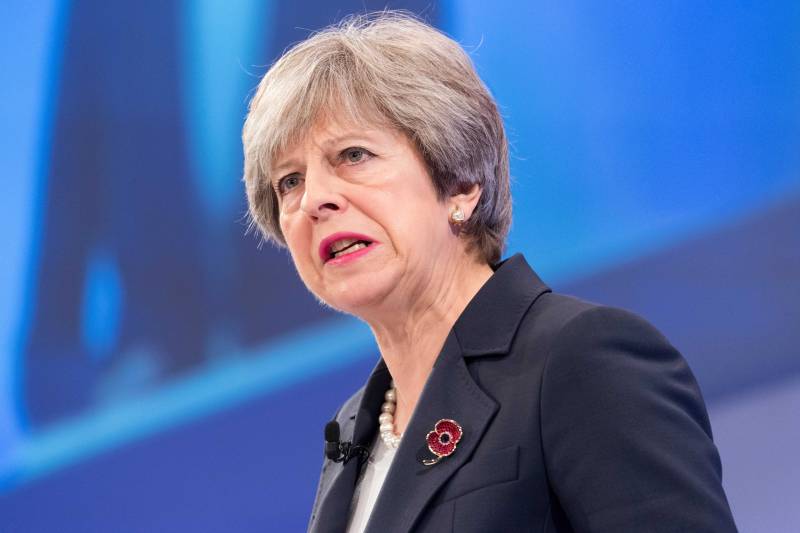 Recently, high-ranking officials of the European Union warned that negotiations with London are in a “crisis mode”, and the preliminary deal on Brexit will most likely not be able to be signed in December, as was originally supposed.

EU high-ranking officials warned that negotiations with Britain were entering a "crisis mode", and the preliminary deal on Brexit most likely would not be able to be signed in December, as was previously supposed.

In this regard, the newspaper writes, "several dozen deputies joined those who are in favor of the prime minister’s resignation." The leader of the British opposition, Jeremy Corbin, advanced May to an ultimatum that sounds like “manage or leave,” because she “is in official power” and not in student practice.

Some British ministers (their names do not name the edition) agree with the deputies and believe that May has become a problem in the process of leaving Britain from the EU. According to the newspaper, they are considering the possibility of a scenario in which "it will be necessary to oppose the prime minister in order to arrange a reorganization in the party."

EU negotiators, in turn, fear that tensions in the ranks of the Conservatives will become an obstacle for London, which must agree on key financial issues at the summit in December. “In this case, all the progress achieved so far will slow down until March or even lead to the overthrow of the government,” the newspaper writes.

Ctrl Enter
Noticed oshЫbku Highlight text and press. Ctrl + Enter
We are
Leaving the EU is harder than entering there!
Military Reviewin Yandex News
Military Reviewin Google News
49 comments
Information
Dear reader, to leave comments on the publication, you must to register.