Everything is very bad: the general spoke about the prospects of the United States in the war with North Korea

November 11 2017
146
In the event of the outbreak of an armed conflict with the DPRK, the US military will be in a very difficult situation on the Korean Peninsula because of the superiority of North Korean troops in numbers, warned the former deputy commander of the US contingent in Korea Jen-Marc Juas.


A letter from a retired Lieutenant General to several Democratic Party members of the US Congress was published by Rep. Ted Lew. According to Jouas, in the event of a sudden outbreak of conflict, the American contingent of 28 500 military personnel, as well as South Korean troops, will find themselves in a situation in which the enemy will have "tremendous numerical superiority." 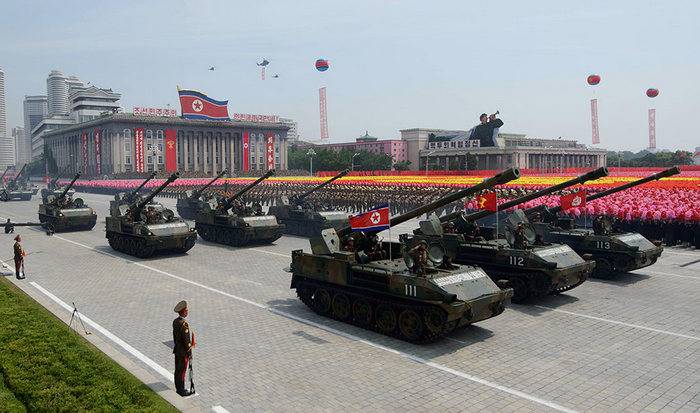 Unlike all conflicts since the days of the Korean War, we will not have the opportunity to build strength before the outbreak of hostilities.
The general warned. In addition, the delivery of reinforcements, ammunition and equipment in such conditions will take up to several months, and the bases on which they will concentrate before being sent to the front line can be attacked by conventional or chemical weapons.

Juas also noted that the destruction of North Korean missiles and artillery systems that threaten 25-million Seoul will take considerable time, even in ideal conditions. During this period, they will have time to cause enormous damage, the general said. He described the option in which the Americans succeed in the first blow to destroy the nuclear potential of the DPRK as "extremely unlikely."
The possible use of the DPRK chemical and nuclear weapons will also impede the defense of South Korea and the evacuation of civilians from the conflict zone. Among other threats to US troops, Juas cited North Korean special forces, which would open the "second front" in the rear of the Americans, the submarine fleet of the DPRK and the cyber attacks of North Korean hackers on troop control systems, reports RIA News.